No, Nigeria’s ex-president Obasanjo did not endorse Tinubu, the ruling party candidate, for president

IN SHORT: In posts circulating on social media in Nigeria, former president Olusegun Obasanjo appears to endorse APC-candidate Bola Tinubu for the presidency. But the quotes are fabricated and the endorsement is not true.

A screenshot circulating on Facebook in Nigeria includes a quote apparently from two-time president Olusegun Obasanjo, endorsing Bola Tinubu to be the next president of the country.

Tinubu is the former governor of Lagos state in southwestern Nigeria and the presidential candidate for the ruling All Progressives Congress.

The quote in the screenshot, which includes photos of Obasanjo and Tinubu, reads: “I am not a politician, I am a decorated Soldier, an Army General. If you are looking for thoroughbred politician of masters class, visit Lagos Bourdillon, there you’ll find one.”

After apparently claiming that he “almost crashed [Bola's] govt and state” Obasanjo is quoting as saying that Tinubu "survived because he has the magic wand. I hope he gets the chance to wave the magic wand over Nigeria".

Obasanjo served as the military head of state between 1976 and 1979 and was Nigeria’s president from 1999 to 2007. He led the People’s Democratic Party.

The screenshot, posted 7 October 2022, has also appeared here and here.

But has Obasanjo described Tinubu as a “thoroughbred politician” with “the magic wand”? 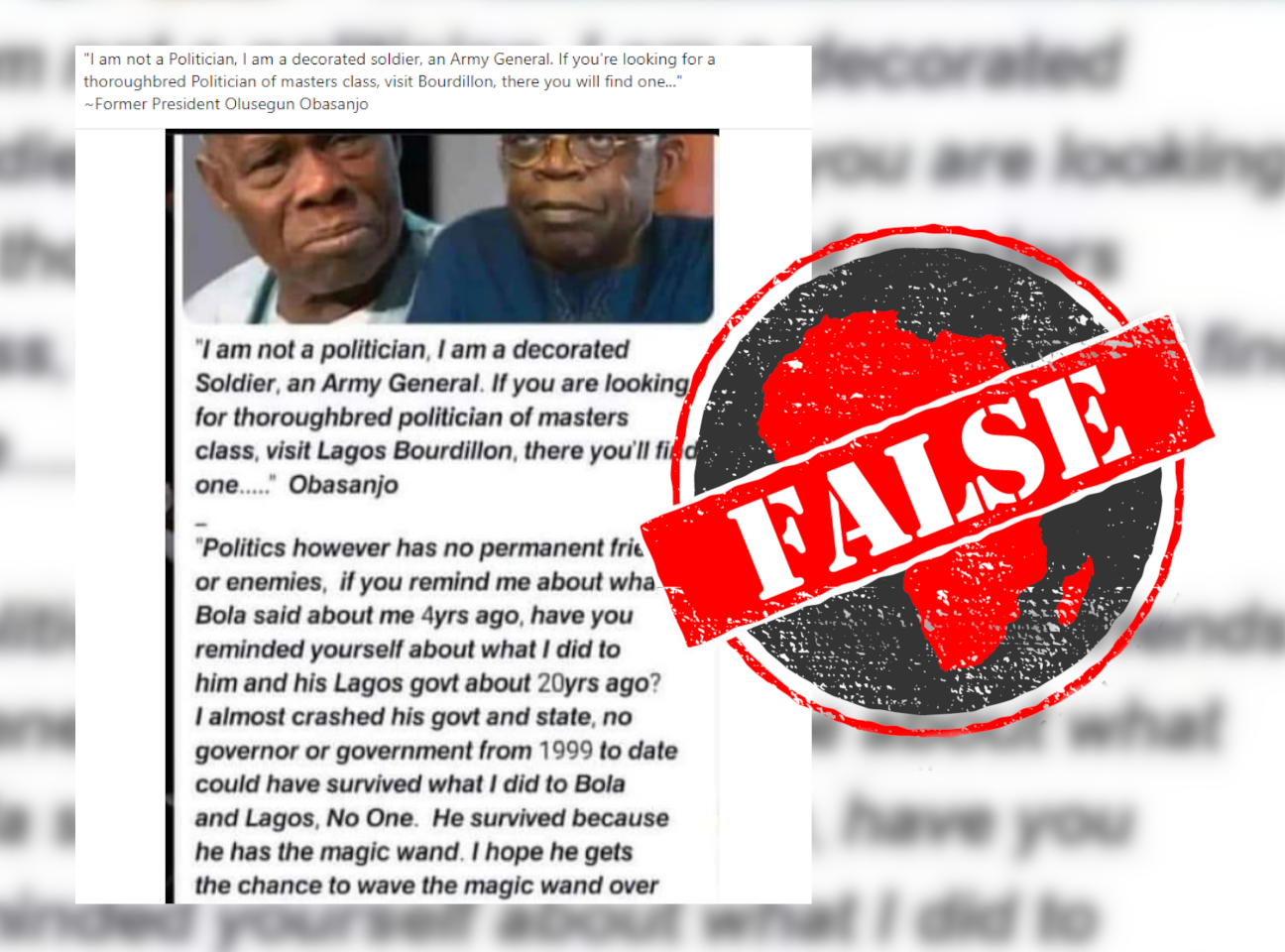 In the statement shared with Africa Check, Obasanjo said: “Only the military trains personnel to be good managers of men and materials. So, I cannot disparage my noble profession of politics which has no formal training. This is false and fake.”

Major new platforms have also published the statement, disputing the claim that Obasanjo is endorsing Tinubu. It is false.