Former Nigerian president Olusegun Obasanjo has accused Atiku Abubakar, his vice president, of massive corruption during their term in office. That’s according to a graphic going viral on Facebook in late May and early June 2022.

It shows a photo of Obasanjo and quotes him as saying: “The money Atiku stole when he was my vice is enough to feed 300 million people for 400 years.”

Abubakar ran for president in the 2019 elections, losing to Muhammadu Buhari. On 28 May 2022 he was chosen as the Peoples Democratic Party presidential candidate for the next elections, set for February 2023.

As election campaigning gathers steam, disinformation about the candidates is likely to rise on social media. So did Obasanjo really accuse Abubakar of stealing enough money to feed “300 million people for 400 years”? 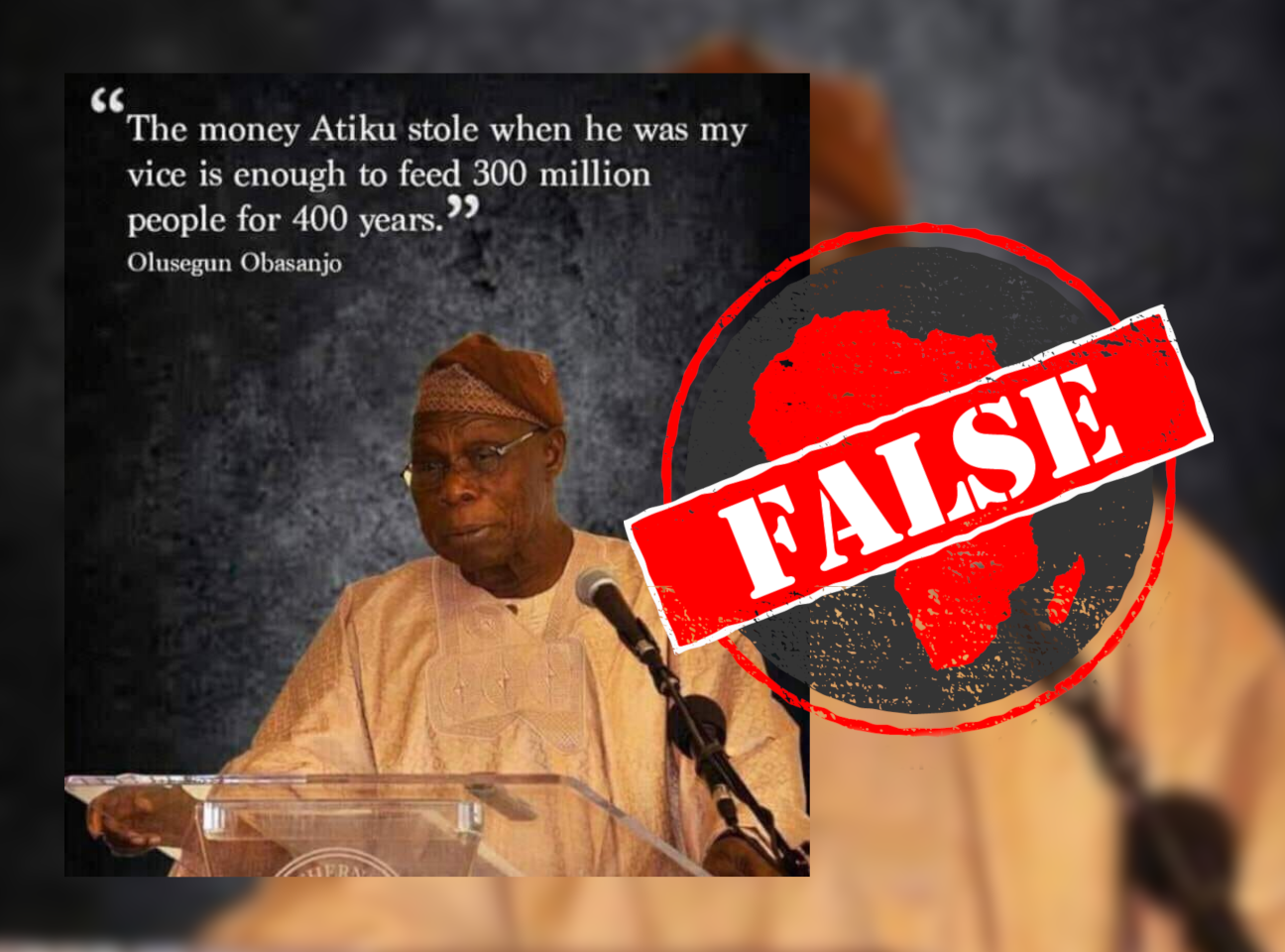 There ‘was bad blood’, but no accusation

The claim first surfaced online in December 2018, during the 2019 election season. Then, it was said that the quote was from page 31 of Obasanjo’s 2014 autobiography, My Watch.

Reviews of the book detail Obasanjo’s “brutal testimonial” on Abubakar and their “no-love-lost relationship”. One headline quotes the former president calling his deputy a “shameless liar”. But none of the reviews mention the accusation of massive theft.

“Obasanjo did not say that in his book,” Kehinde Akinyemi, the former president’s spokesperson, told Africa Check.

“At the time the book was published, there was bad blood between both parties. But all has been resolved now. Obasanjo has granted interviews stating this to explain that no-one is a saint."