No, Nigeria’s former president Obasanjo didn’t ask Nigerians to get guns ready to defend themselves

“2023 Election: Everybody should get ready, Fulani has Surrounded Nigeria, it’s now clear to them they will lose to Peter Obi, get your guns nobody will defend you - Obasanjo,” a Facebook post quotes Nigeria’s former president Olusegun Obasanjo as saying.

The Fulani are an ethnic group scattered throughout many parts of Africa. They are concentrated principally in Nigeria, Mali, Guinea, Senegal, and Niger.

Obi is a Nigerian politician and the presidential candidate for the Labour Party. Obasanjo was Nigeria’s president from 1999 to 2007 under the People’s Democratic Party (PDP).

Obi has been much talked about as a “third force” alternative to the presidential candidates of the governing All Progressives Congress party and the opposition PDP.

The Fulani are predominantly Muslim and historically associated with cattle herding and livestock rearing. However, amongst them is a militia blamed for several attacks on communities across the country.

There have also been claims in the media about some Fulanis supposedly planning to take over Nigeria in order to Islamise the nation.

Nigeria’s north is Muslim dominated while Christians are a majority in the south.

But did Obasanjo make such a comment that would stir national tensions and add to security concerns? 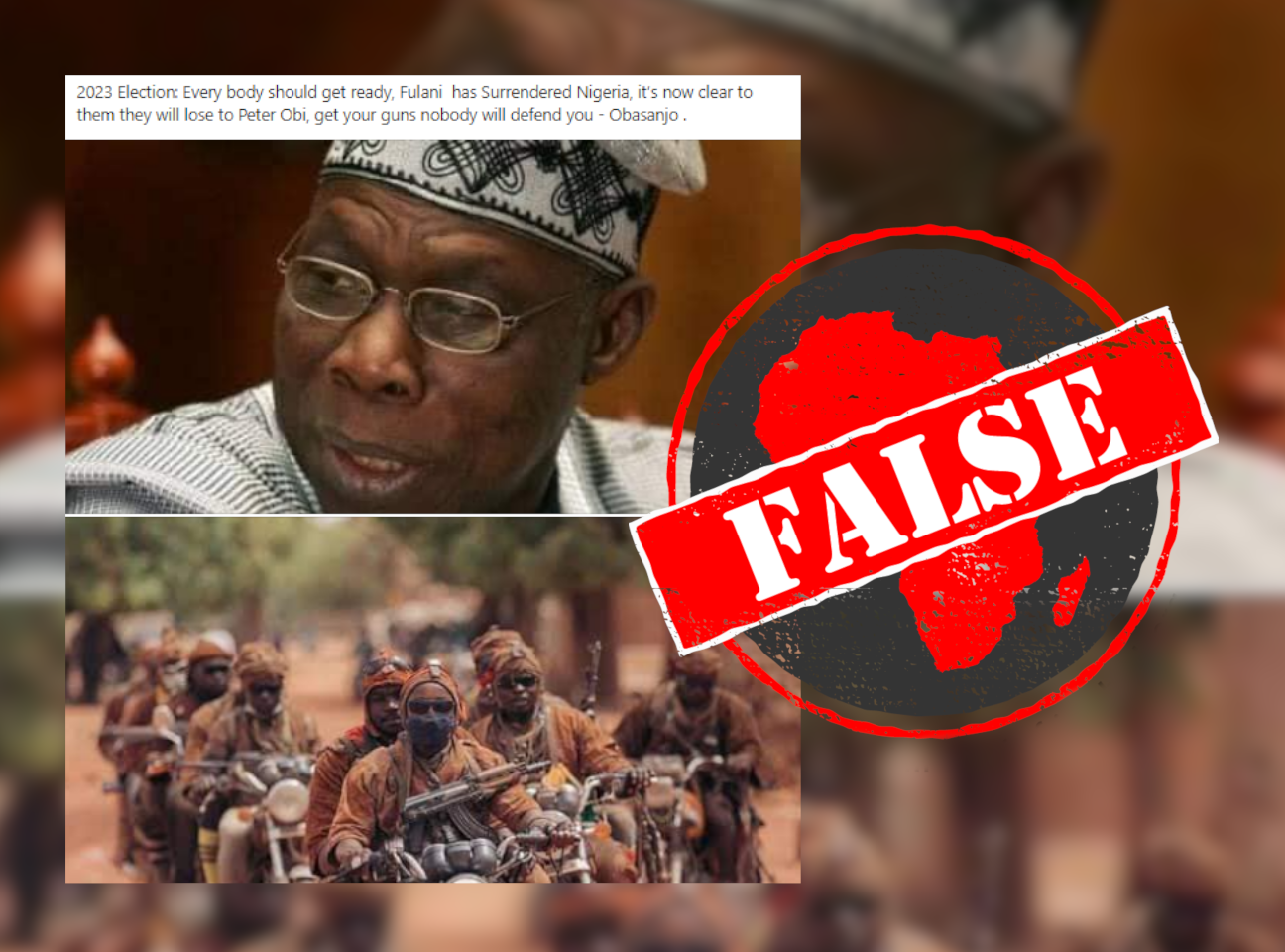 No, the former president said no such thing

The original post didn’t give details of where or when Obasanjo was meant to have made the comment.

There have been no reports in the mainstream media of Obasanjo making such a comment, or saying anything related to Nigerians carrying guns.

Such a statement would have been reported by credible news organisations in view of the fact that Obasanjo is described as a respected, international diplomat whose voice still matters in Nigeria politics.