Peter Obi is the presidential candidate for the Labour Party in the Nigerian general elections scheduled for 2023.

Biafra is a region in southeastern Nigeria. Its secession in 1967 sparked a civil war and calls for its independence from sympathisers continue.

Nigeria’s oil-rich Niger Delta region grapples with insecurity, including militancy, piracy and oil theft. The effect of decades of crude oil spills in the area is also a cause of agitation among different groups.

The post suggests these problems could easily be resolved if Obi becomes president in 2023 because he is from the region.

We found similar claims on Facebook here, here and here.

But did Obasanjo make this statement? We checked. 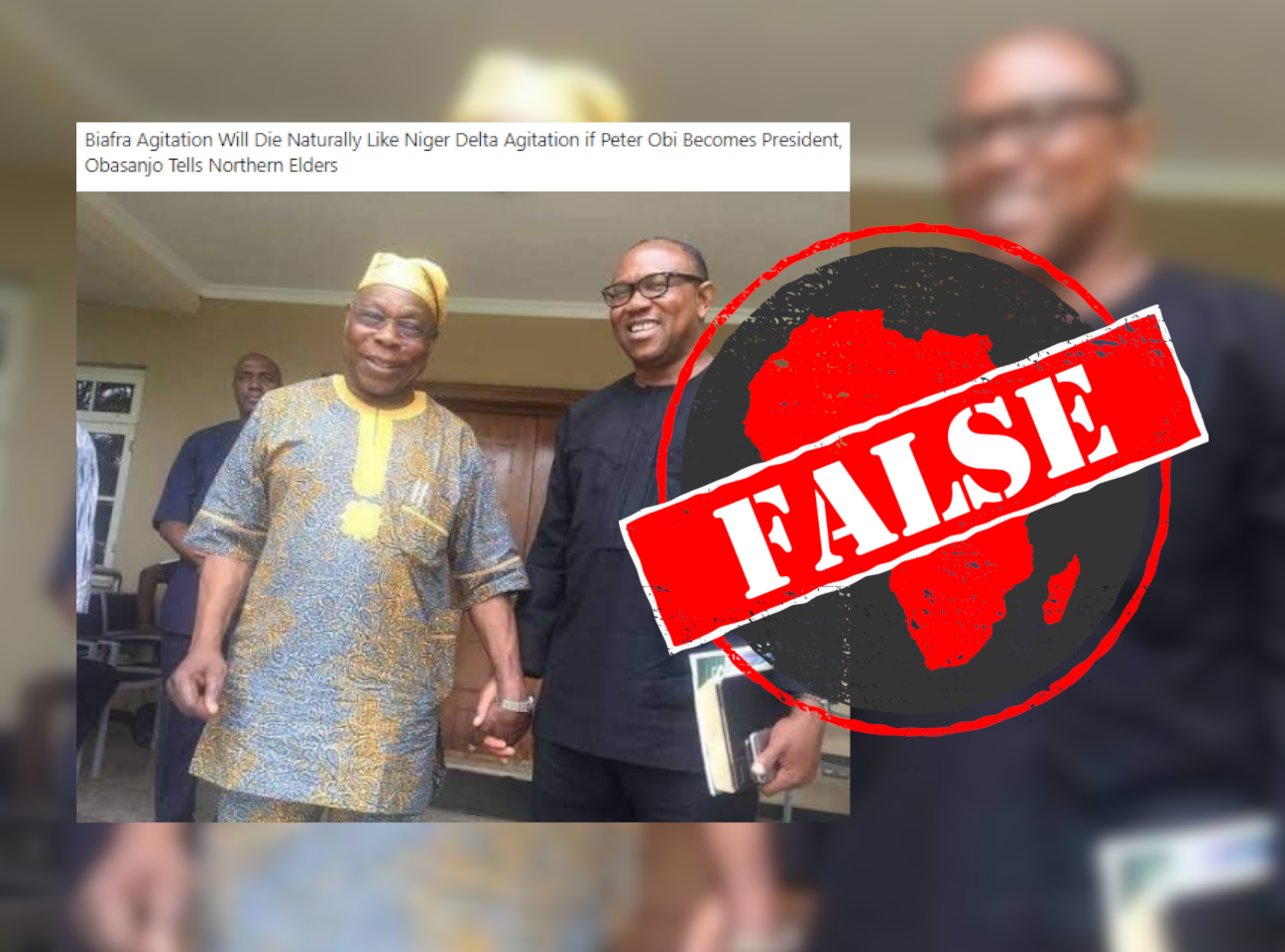 The Facebook post does not mention where or when Obasanjo is meant to have made this statement. This kind of lack of detail is often a red flag that a quote circulating on social media has been fabricated.

There were no reports in any credible mainstream media that Obasanjo made the comment. If a former president said something like this, we would expect the media to report on it.