A post shared on Facebook in Nigeria claims that the minister of information and culture, Lai Mohammed, has denied his original comments about the deaths at Lekki tollgate in Lagos in October 2020.

“I did not say nobody died at Lekki tollgate,” the 16 November 2021 post quotes Mohammed as saying.

The claim has also been repeated on other Facebook pages.

On 20 October 2020 soldiers shot at protesters in Lagos calling for an end to police brutality and the abolishment of the police force’s special anti-robbery squad.

It was widely reported that at least 11 protesters were killed and the incident has become known as the Lekki Massacre. But has Mohammed recanted his earlier statements on the matter? 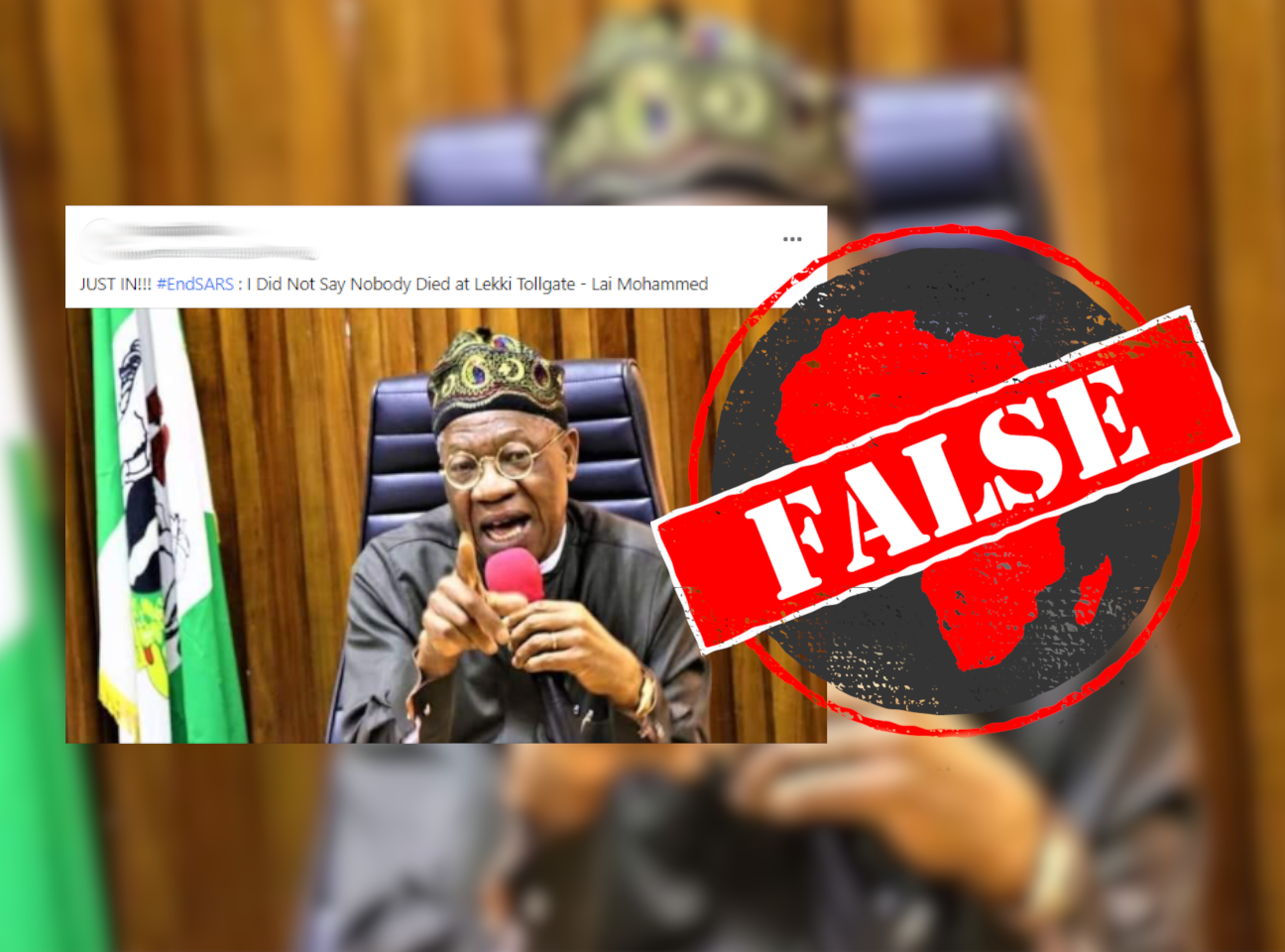 After the incident, Mohammed said no one was killed and challenged global non-governmental organisation Amnesty International and US media company CNN to provide evidence that protesters were killed by government forces, or apologise.

And at a press conference on 20 October 2021 to mark the one-year anniversary of the shooting, the minister stood firm and repeated himself: “At earlier press conferences, I had called the reported massacre at the toll gate the first massacre in the world without blood or bodies. One year later, and despite ample opportunities for the families of those allegedly killed and those alleging a massacre to present evidence, there has been none.”

The report of a judicial panel set up by the Lagos state government to investigate the incident was leaked on 15 November and confirmed that the army had killed protesters.

But there has been no public reaction from the minister to the leaked report at time of publication.

The information and culture ministry labelled posts claiming that Mohammed has recanted his comments about the massacre as “fake” on Facebook.

“Fake news alert,” the ministry captioned a screenshot of one of the posts.

Social media posts claiming that Lai Mohammed has reversed his stance that no one was killed at the Lekki tollgate in October 2020 are false.