Kanu is the leader of the Indigenous People of Biafra (Ipob), and its military wing, the Eastern Security Network (ESN). Ipob campaigns for the secession of southeastern Nigeria to create a country called Biafra.

The 26 July 2021 post quotes Abaribe as saying “I stand with ESN and Nnamdi Kanu, because an Igbo man never fears a human being talk more of a Fulani man”.

It has been liked 5,600 times and sparked nearly 1,500 comments. Some commend Abaribe for this stance.

But did Abaribe really express support for Kanu and the ESN? 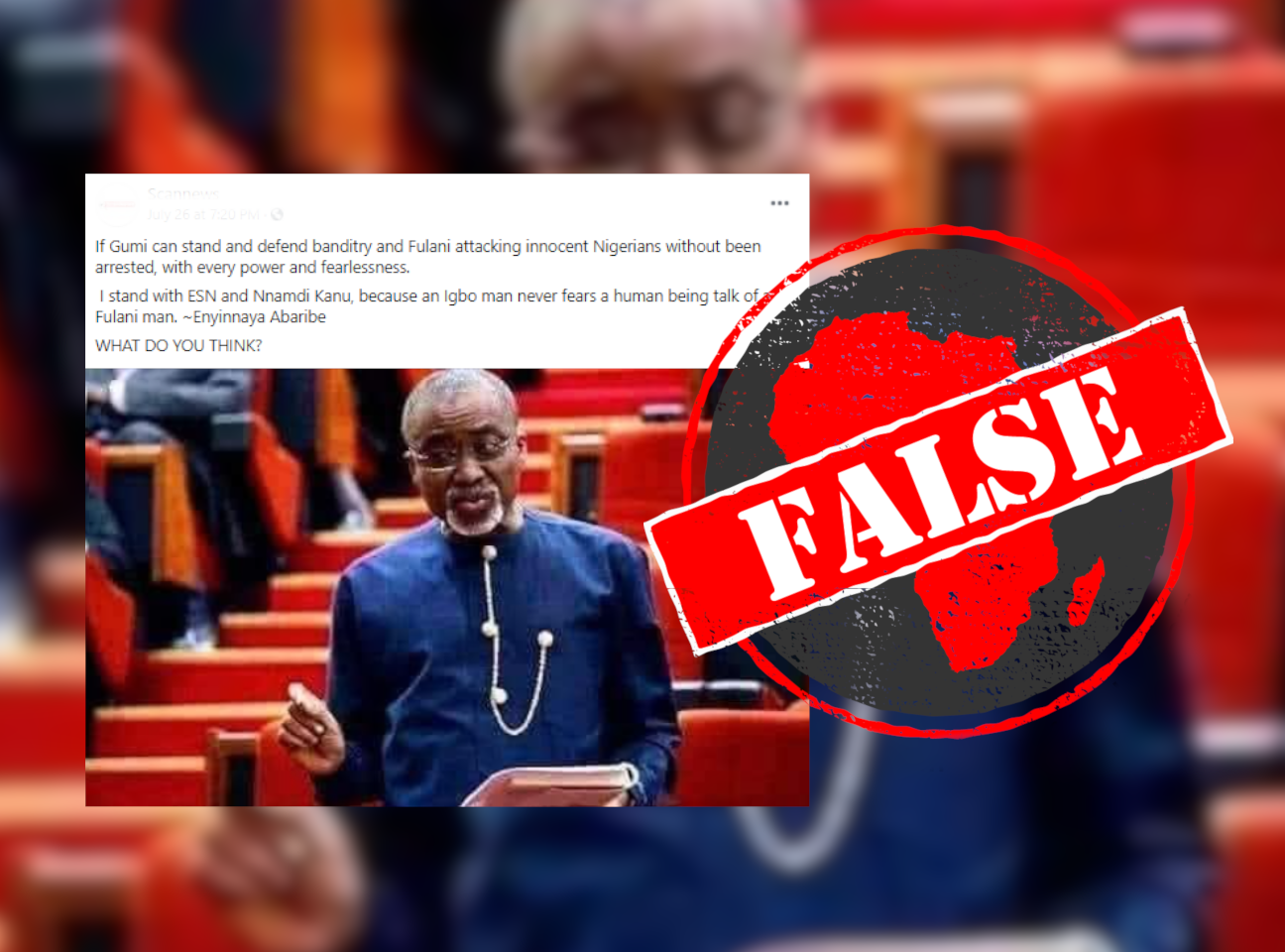 Kanu was arrested in 2015 and charged on eleven counts, including terrorism. The Ipob leader was granted bail on health grounds in 2017 and then went missing.

Abaribe stood surety for Kanu after he was granted bail.

In 2018, Kanu reappeared in Israel and other countries. He was finally arrested and extradited to Nigeria in June 2021.

The post does not give a source or any details of where and when Abaribe is meant to have made this statement. A lack of details is often a clue that a claim spreading on social media is fabricated.

We looked at Abaribe’s verified Facebook page and the most recent post at time of writing was published 20 May, a month before Kanu was arrested.

Uchenna Awom, Abaribe’s spokesperson, has denied Abaribe made the statement.

There is no evidence the senate minority leader has said he stands by Kanu.