A screenshot of a graphic posted on Facebook claims that the Ugandan minister of education and sports, Janet Museveni, has called out teachers for demanding higher salaries.

The graphic includes a photo of Janet Museveni and a quote that reads: “What sort of professionals are they? You have betrayed Ugandans. You are not in the teaching profession to make a living out of it. You have to set up other ventures like piggery and poultry. If you are recruited to teach, work on our terms. My husband sacrificed himself for this country but he’s not complaining yet he gets only UGX 3m. We are all poor but contented.”

The graphic also shows the logo of Nile Post, a news site in Uganda, and is dated 29 June 2022.

Ugandan teachers called off a strike on 5 July that had lasted three weeks. This was after the Uganda National Teachers’ Union (Unatu) held talks with Museveni and her husband.

President Museveni, through his official Twitter account, said the government would “competitively remunerate workers guided by a science-based strategy”. 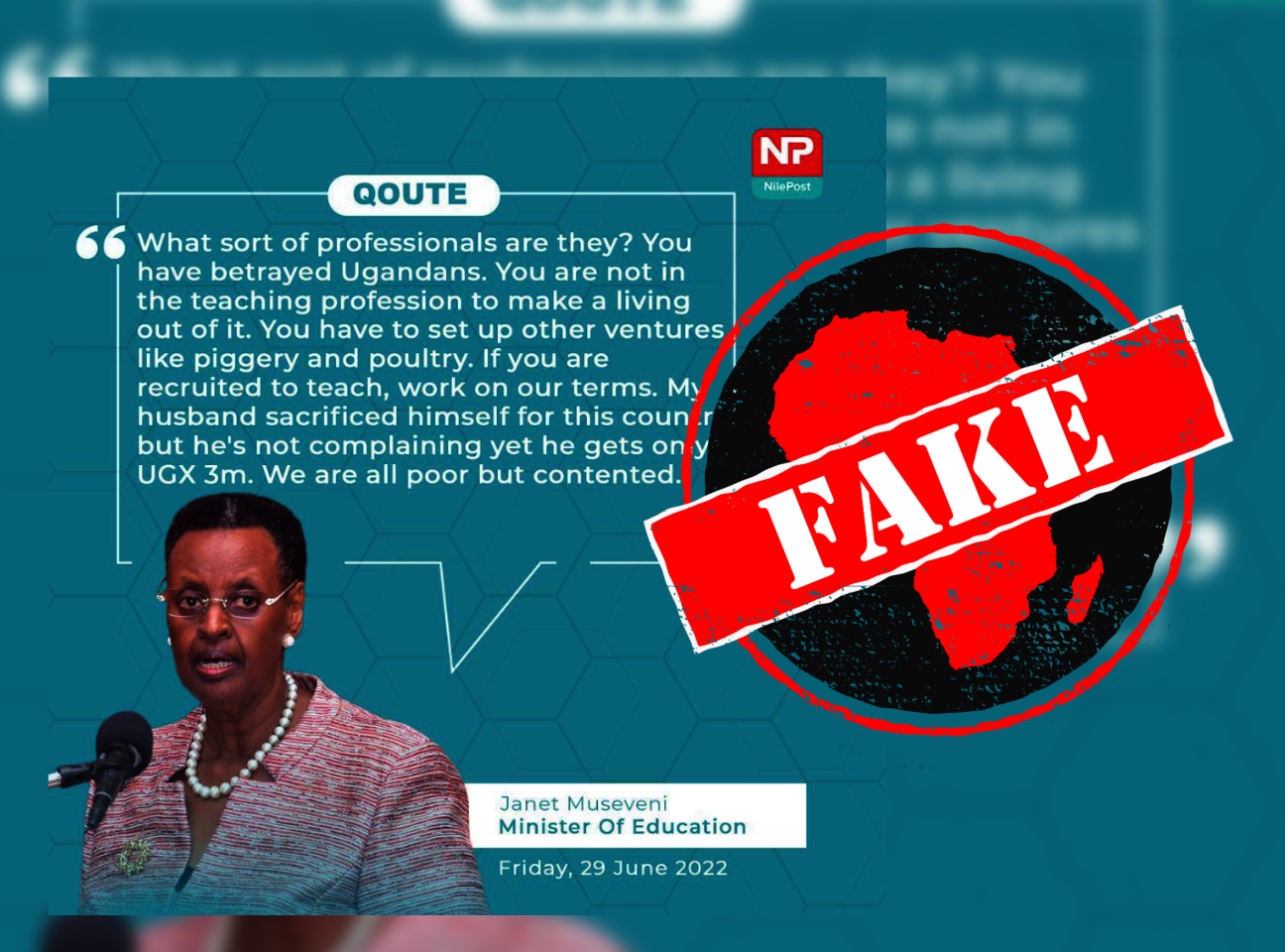 “Please disregard this image making rounds on social media. We haven't posted anything in that regard on our social media platforms,” NBS TV said.

Neither NBS nor the Nile Post published the quote, and there is no evidence Janet Museveni said anything like it.