Nollywood actor Oludotun Baiyewu Jacobs is dead, a post shared on the Facebook page of a Nigerian blog and phrased as a question claims.

The actor, known professionally as Olu Jacobs, is also a film producer.

Nigerian celebrities are often victims of false death announcements. Could this also be the case with Jacobs? 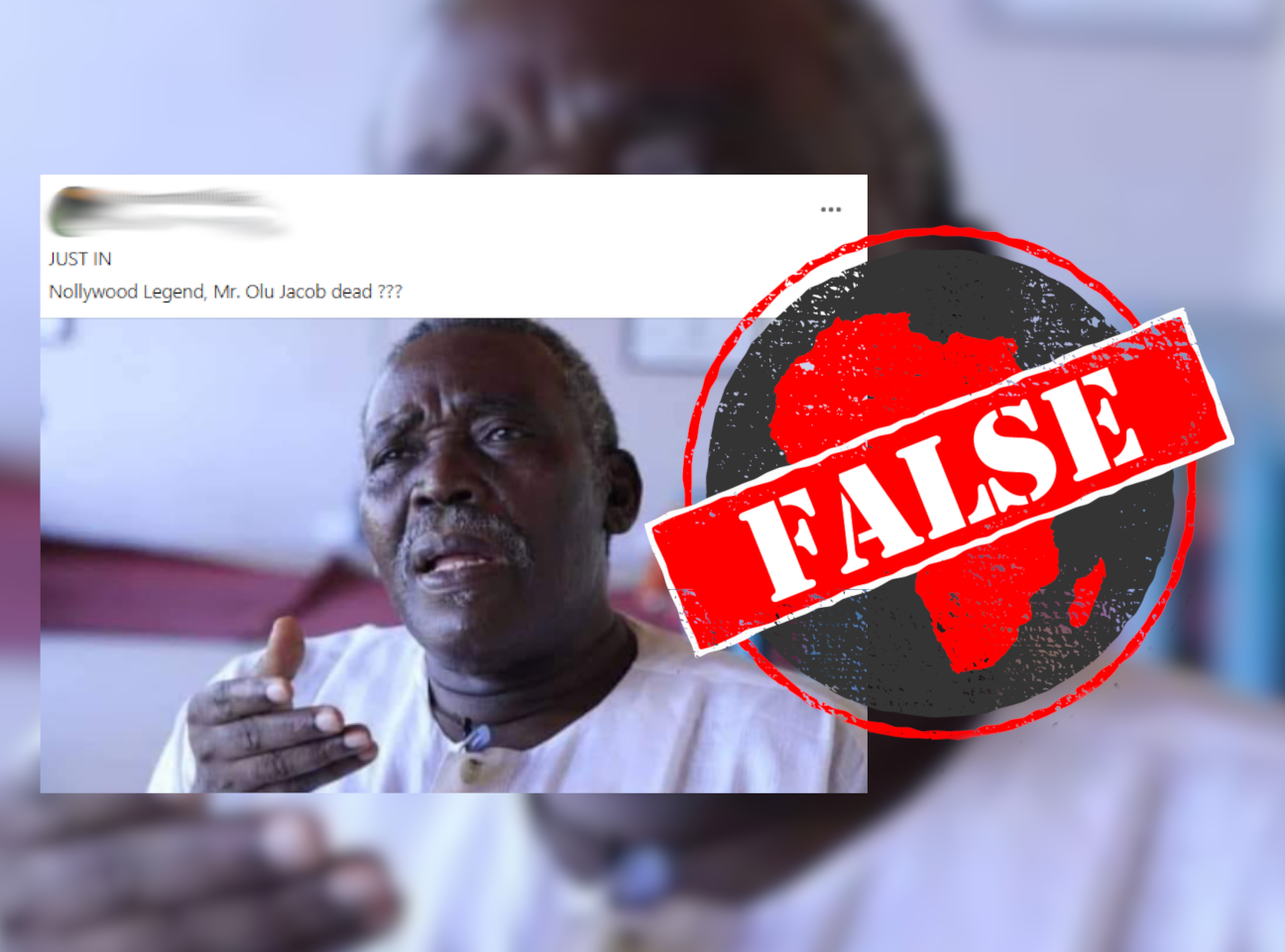 Jacobs was born on 11 July 1942 and trained at the Royal Academy of Dramatic Art in the United Kingdom.

The actor has appeared in over 200 British and Nigerian films.

In June 2020, it was rumoured that Jacobs had died. His wife Joke Silva, also an actor, debunked the news.

“Don’t mind them, they’re just talking rubbish; don’t disturb your head. He is in the living room right now about to have eba and ogbono soup. Let them keep deceiving themselves. He is hale and hearty,” she told local media.

The actor also shared a video of her husband on her verified Instagram page on 10 October.