IN SHORT: A quote attributed to Nigerian actor Pete Edochie has him saying Peter Obi of the Labour Party is the only viable candidate for the presidency in 2023. But there is no evidence he’s come out in support of Obi, or any other leading candidate.

A Facebook post claims Nigerian actor Pete Edochie has said he is supporting Peter Obi, the presidential candidate for the Labour Party, in Nigeria’s 2023 elections.

The post includes a photo of the Nollywood veteran, with the quote: “Only INEC can stop Peter Obi from becoming Nigeria's next president come 2023.”

The Independent National Electoral Commission, or Inec, is in charge of organising elections in Nigeria.

Edochie has been reported to be close to several political figures and is vocal about his views on political matters. In August 2022, he said that Nigeria needed an Igbo leader, in reaction to news that Bola Tinubu would run on the ruling All Progressives Congress ticket in the 2023 elections.

Tinubu is from the Yoruba community, while Edochie is himself Igbo.

In February 2021 Edochie endorsed his actor son Yul Edochie for the 2023 presidential election, but hasn’t since then publicly endorsed anyone.

The 30 September 2022 claim that he has said he supports Obi was repeated in other Facebook posts.

Edochie and Obi are both from Anambra, in southeastern Nigeria. Could this be why Edochie has come out in support of Obi? 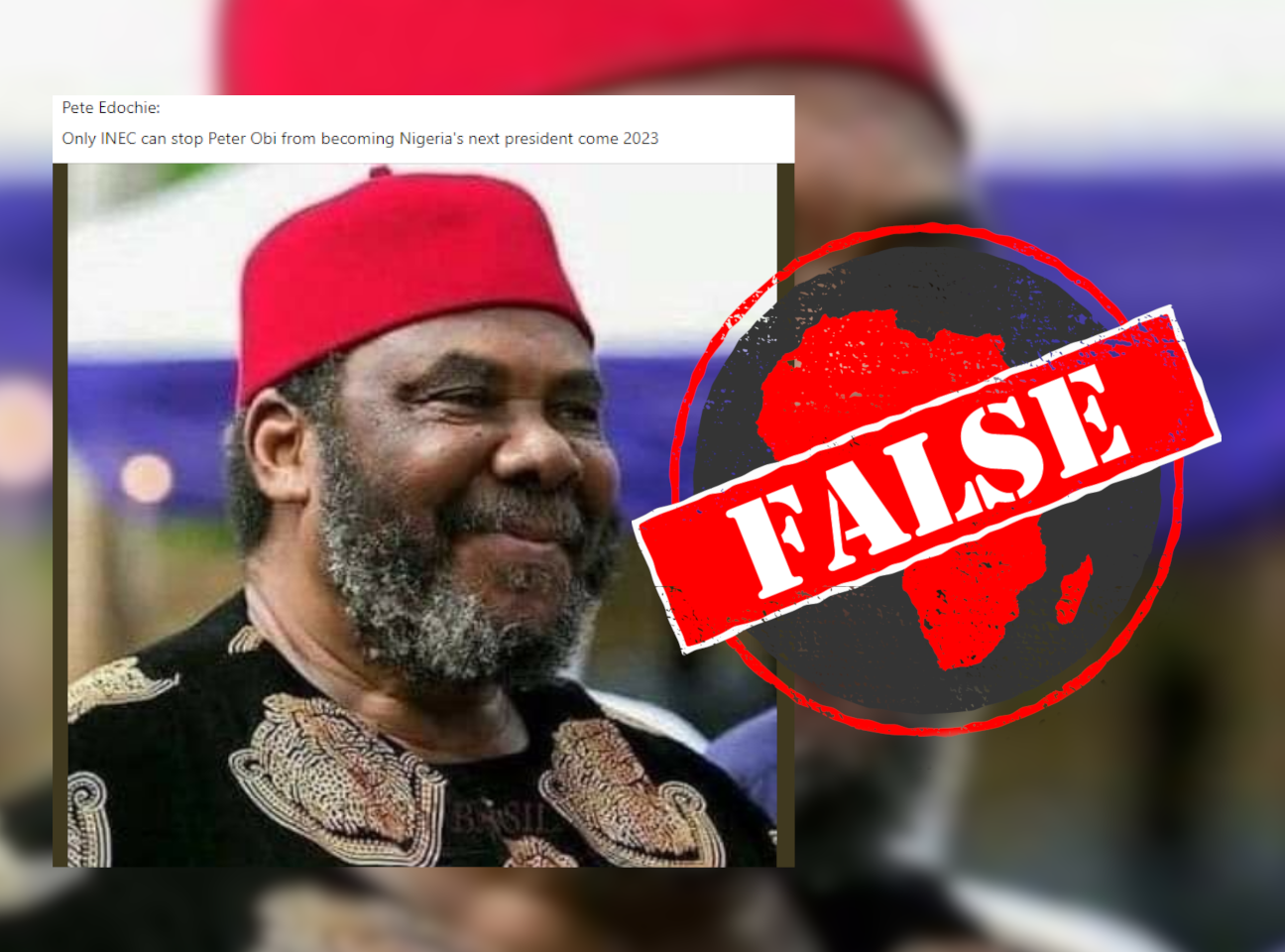 No evidence Edochie said such

The original post didn’t give details of where or when Edochie was meant to have made the comment.

There have been no reports in the mainstream media of Edochie saying anything related to Obi winning the 2023 presidential elections.

Such a statement would have been reported by credible news organisations, since Edochie is a well-known figure in Nollywood.