No, old photo of highway in Nigeria, not gridlock on Kenya’s Thika superhighway after fuel price rises

After fuel prices in Kenya rose to record highs in September 2021, several Facebook users posted a photo of a seven-lane highway jammed with vehicles all the way into the distance.

“Thika Super Highway blocked. Leo jipange mapema ama mlale town,” reads one typical caption to the photo. The Kiswahili translates as: “Plan early or be prepared to spend the night in town.”

The superhighway links Kenya’s capital of Nairobi with the industrial town of Thika. Local media reported protests against the fuel price rises in Migori and other towns.

But does the photo really show traffic on Nairobi-Thika superhighway? We checked. 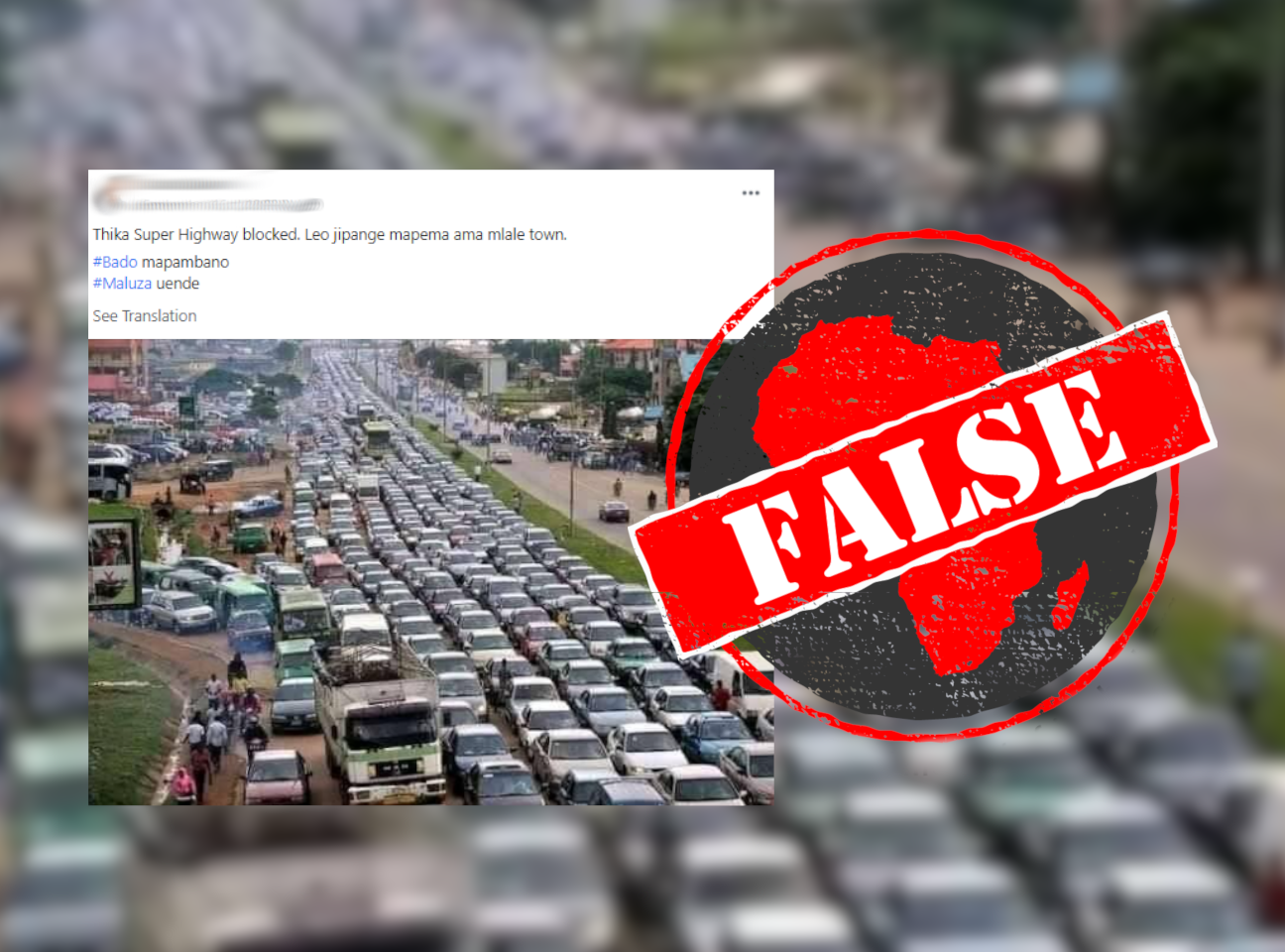 Nigerians drive on right side of road

Some users were quick to comment that the direction of traffic in the photo was not Kenyan.

People in Kenya drive on the left side of the road in right-hand-drive vehicles, but in the photo traffic is moving on the right of the highway, from the drivers’ perspective. And the road infrastructure looks nothing like the Thika highway.

A reverse image search reveals the photo has been online for about seven years, since at least April 2014.

It mostly appears on Nigerian websites, identified as either showing the Mararaba-Abuja expressway, Nyanya-Mararaba road, Nyanya-Abuja highway or Mararaba-Nyanya-Abuja road. All point to a road network in the same area of Nigeria.

In 1972, Nigeria adopted the right-hand traffic flow of its Francophone neighbours.