“Kenyan runner Abel Mutai was only a few meters from the finish line, but got confused with the signs and stopped, thinking he had finished the race,” its long caption reads.

According to a Spanish national newspaper El Pais, this incident did happen, at a race in the Navarre region of northern Spain on 2 December 2012. A video of the event was published on YouTube by Basque news outlet EITB.

But does the photo show Mutai and Fernandez? We checked. 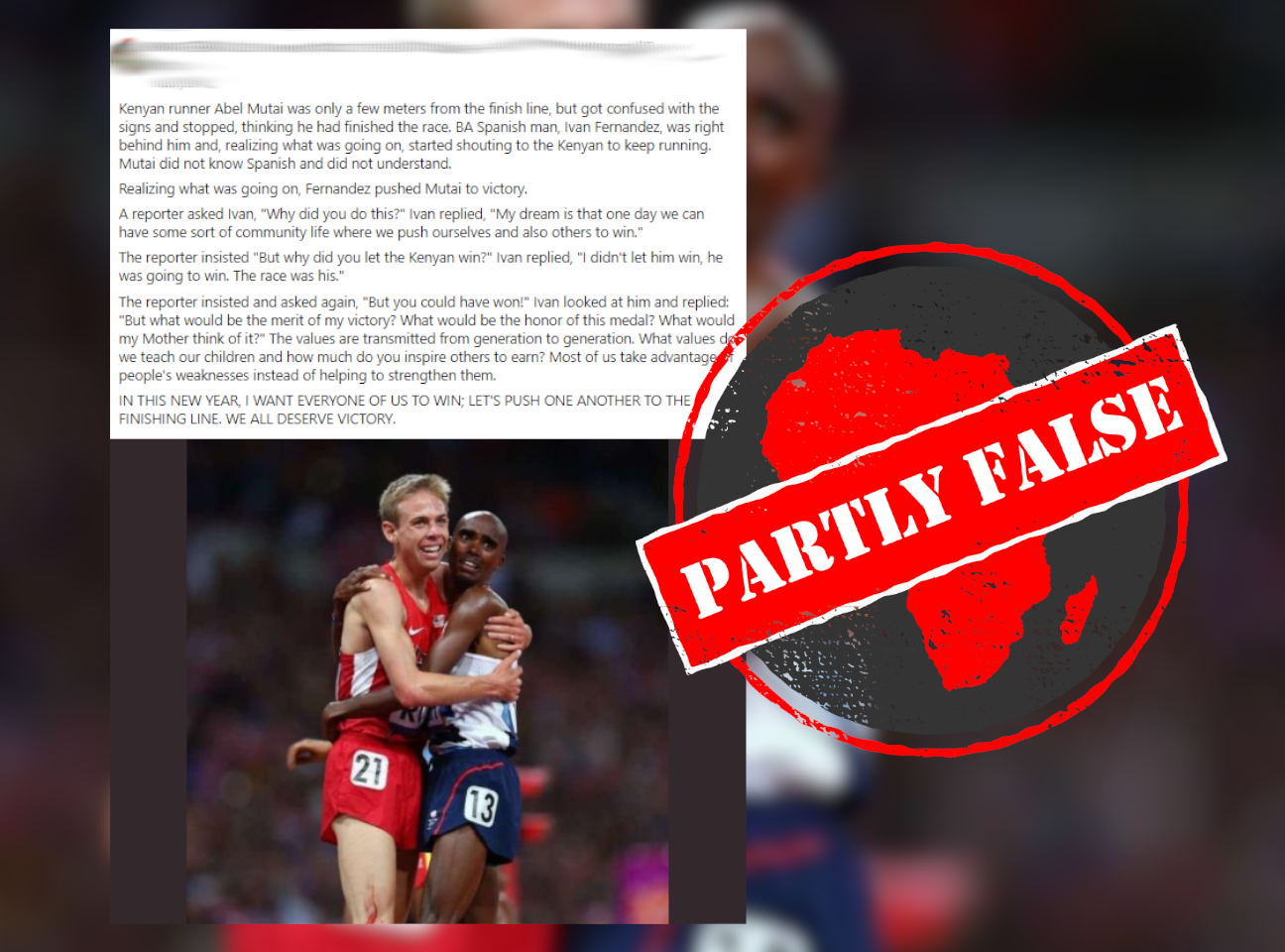 A TinEye reverse image search of the photo reveals that it was taken during the 2012 London Olympics in the UK.

The photo was published on the Alamy stock photo site on 4 August 2012. Its caption reads: “Great Britain’s Mo Farah (right) celebrates winning with Silver Medalist USA’s Galen Rupp after the Men’s 10,000m final at the Olympic Stadium, London, on the eighth day of the London 2012 Olympics.”

It was taken by Martin Rickett.

A further search on Yandex led us to an article using a similar photo of Farah and Rupp celebrating their respective gold and silver medals for the 10,000-metre final at the London Olympics.