No, photo of babies born at IVF centre in India – not 10 babies born to South African woman

A photo posted on Facebook in June 2020 shows 11 small babies lying on a hospital bed, with seven adults in medical scrubs standing behind them and smiling into the camera.

The photo was posted soon after reports emerged that a woman in South Africa’s Gauteng province had delivered 10 babies in a single birth, breaking the Guinness world record. But the Gauteng government dismissed the reports as a hoax and an inquiry has since established that the story was false.

So what does the photo really show? We checked. 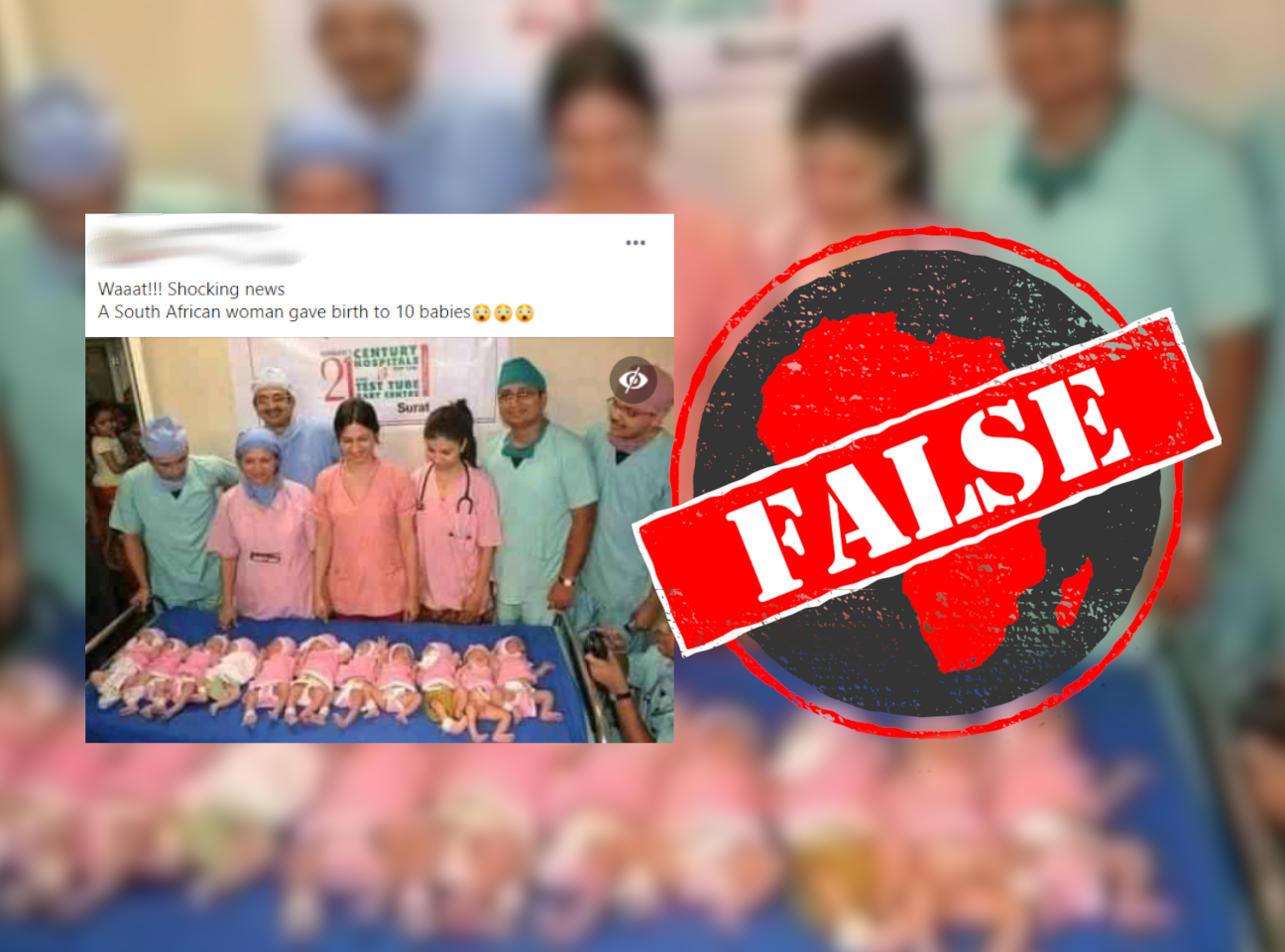 Babies born on a single day to 11 mothers

The first red flag is that there are 11 babies in the photo, not 10.

A poster on the wall behind the people in scrubs reads: “21st Century Hospital Test Tube Baby Centre Surat”.

A Tineye reverse search of the photo reveals that it’s been online since at least 2012.

A Google reverse image search of the photo with the search term “test-tube babies Surat” returns several articles debunking claims that one woman had given birth to 11 babies in Surat.

The oldest instance on the search shows the image was posted after the delivery of 11 babies on 11 November 2011 at the 21st Century Hospital in-vitro fertilisation (IVF) centre in Surat.

The centre posted the photo on the Nadkarni IVF blog along with others taken from different angles.

“In all 13 babies delivered from 11 mothers, 9 singleton pregnancies and 2 twins. This is the ‘World Record’ for the date and all were test tube babies.”

The photo shows the babies of 11 mothers, born in India.