No, photo of burning house more than a decade old – not home of Kenyan politician Tarus, torched by ‘angry youth’ in 2021

A photo of a burning house started circulating on Facebook in Kenya in October 2021 with the claim it’s the home of Stephen Tarus, a politician and former assistant minister.

One caption to the photo reads: “The house of former Assistant Minister Stephen Tarus in Kapkangani, Emgwen Constituency reduced into ashes by ‘angry’ youth. The incident comes few hours after Oscar Sudi threatened to deal with him and any other person supporting Rt Hon Raila Odinga in Rift Valley. Sudi should be arrested!”

Another says: “They have burnt the home of former Assistant Minister Stephen Tarus reason being he supports Raila Odinga. This is the same way they razed down Kiambaa KAG because the believers in the church supported Mwai Kíbaki.”

But does the photo really show Tarus’s house on fire? We checked. 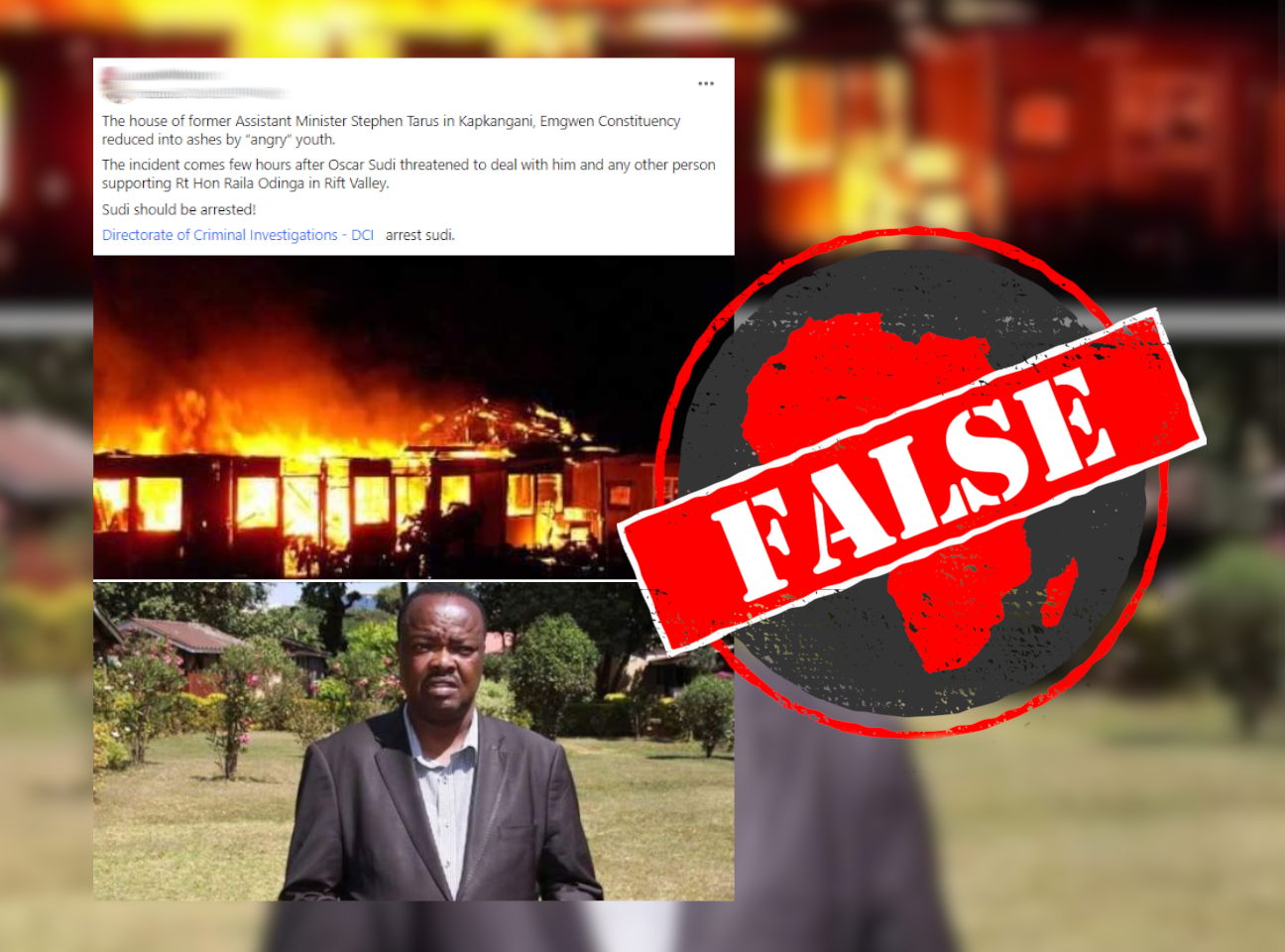 A TinEye reverse image search reveals that the photo has been online for almost 11 years.

It appears in an article on Kenya’s Nation news website, dated 10 November 2009 and headlined: “Shame that is the city fire brigade”. The article reports on a fire in Nairobi’s South C estate.

And in a video posted on Facebook, Tarus denies that his house was set on fire. He adds that he will report people who spread the false information.

“I am going to record a statement at the police station about the circulation of wrong information that my house had been set on fire,” he says in the video.