An aerial photo of a mansion sitting on green lawns with a pool is circulating on Facebook with the claim it shows former Kenyan president Uhuru Kenyatta’s retirement home, “right beside Maasai Mara”.

Kenyatta was president from 2013 to 2022. He was succeeded by William Ruto after elections in August 2022.

This translates as: “Hustler fools who were shouting let him finish and leave, this is Uhuru Kenyatta’s retirement home right beside Maasai Mara…. You are there struggling with Fuliza.”

During his election campaign, Ruto branded himself as a “hustler” who rose from humble beginnings.

Kenyatta’s retirement package includes a lump sum of KSh34.5 million (about US$285,000) and a monthly pension of KSh1.15 million (about $9,500), in addition to many other benefits and allowances.

Kenyan news media have reported that Kenyatta has been spotted in Narok, with a photo of him walking out of a hotel there going viral.

While in office, he reportedly bought a 1,000-acre ranch in the county. The Mara triangle, a wildlife-rich area that offers some of the best viewing locations for the renowned wildebeest migration, is visible from the ranch.

But does the photo of a mansion really show Kenyatta’s retirement home in the high-profile area? 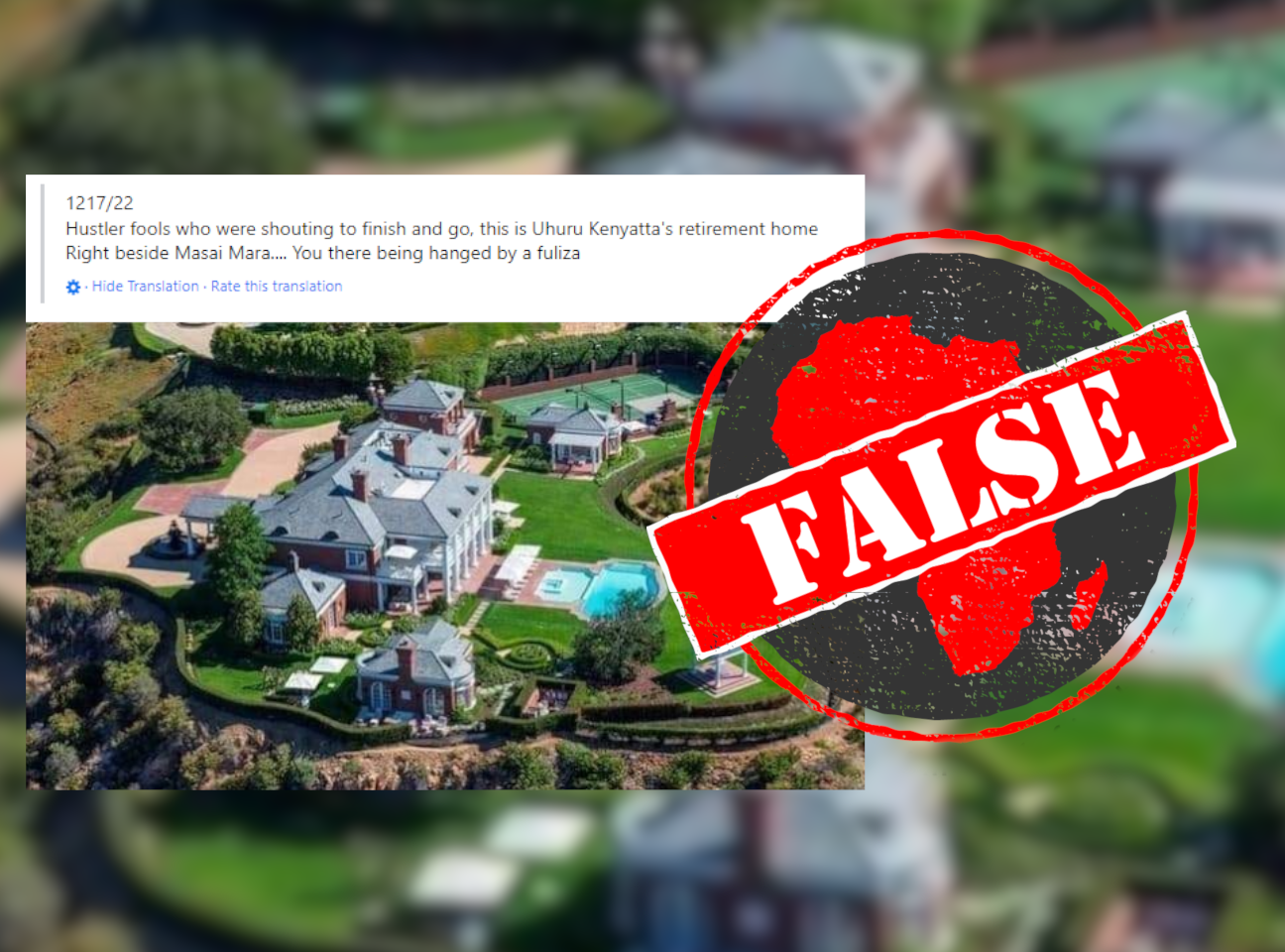 Mansion of Canadian hockey player in California, US

A Google reverse image search reveals that the photo is of a mansion in the US state of California.

The search results led us to a 23 January 2013 article on the Insider website. It reports that the house belonged to former Canadian professional ice hockey player Wayne Gretzky, who was selling it for $150 million.