IN SHORT: A photo of International Criminal Court prosecutor Karim Khan in a pally mood with Kenyan president-elect William Ruto has gone viral with the suggestion that Khan is in Kenya to investigate security officials who allegedly attempted to influence the 9 August 2022 election outcome. But the photo is from 2013, not 2022.

“ICC in the country!!” a typical caption reads.

Kenya held general elections, including for president, on 9 August. Ruto’s main rival was Raila Odinga, who challenged the results in the supreme court. On 5 September the court upheld Ruto’s win.

The photo went viral soon after reports emerged that on 15 August, members of the government’s National Security Advisory Council (NSAC) warned Wafula Chebukati, chair of Kenya’s electoral commission, that if he declared Ruto president-elect “the country is going to burn”. Chebukati made the declaration anyway, on the same day.

News of NSAC’s alleged attempt to influence Chebukati came from an affidavit filed in the supreme court by Abdi Guliye, one of the seven electoral commissioners.

In the affidavit, Guliye claimed that the security council wanted Odinga declared the winner of the election and, if not, a run-off election be forced. Odinga’s candidacy was supported by current president Uhuru Kenyatta.

The Facebook users who posted the photo and its caption are suggesting that the ICC is coming for the NSAC officials who attempted to influence the election outcome.

But does it really show Khan arriving in Kenya in August 2022? We checked. 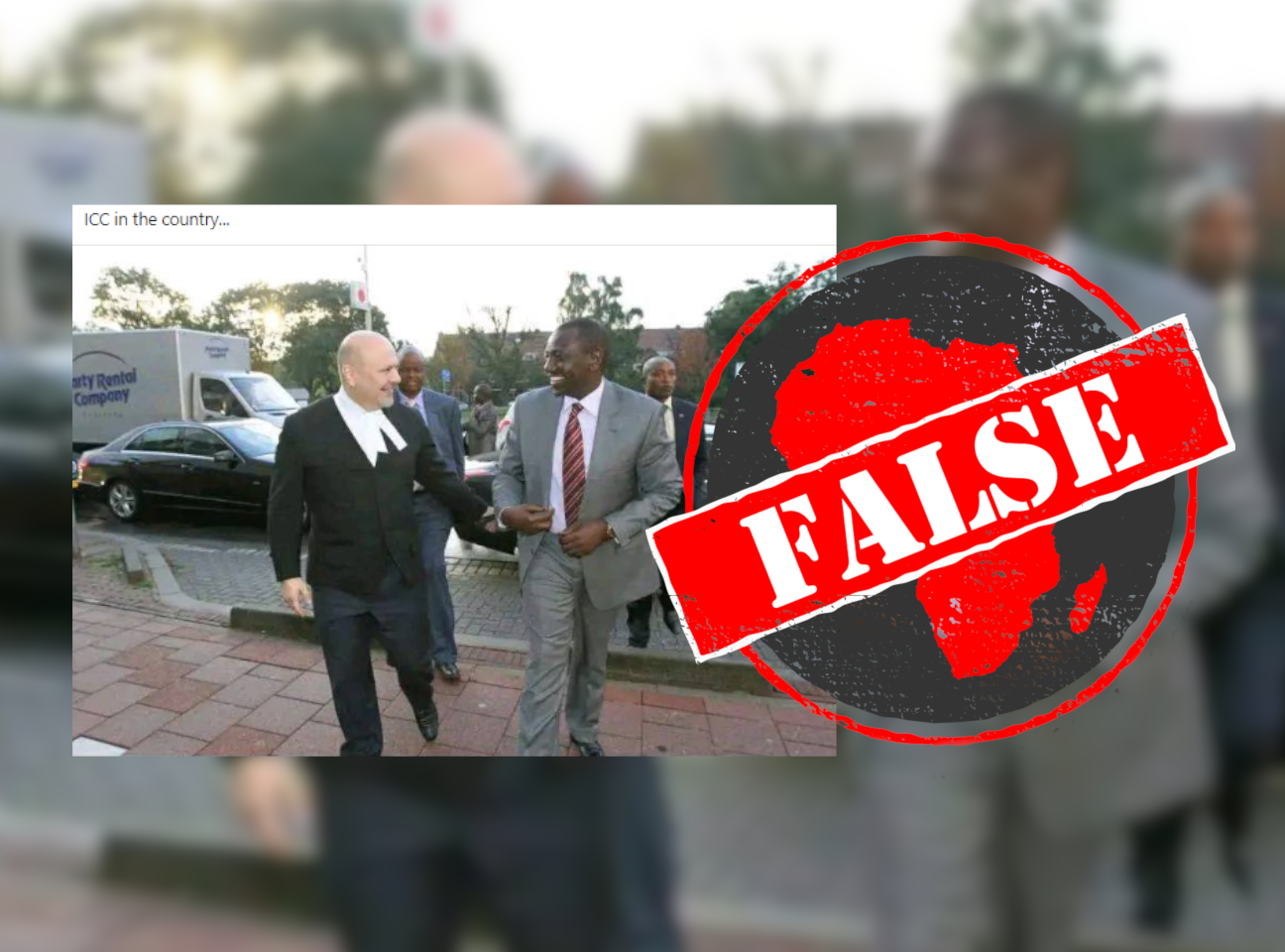 A reverse image search of the photo shows it is almost nine years old.

It appears in a gallery of photos of Ruto’s appearance at the ICC in the Netherlands, published on 4 October 2013. Ruto had been accused of masterminding the violence that followed Kenya’s disputed 2007 presidential election. Khan was his lawyer. The case was later dismissed.

Khan is now the ICC’s prosecutor. But the photo has no bearing on Kenya’s 2022 presidential election.