“A well-known business man from Mabopane just demolished the house he built for his mother-in-law in Amandasig north of Pretoria after finding out that the mother-in-law knew he was not the baby's father,” reads a post circulating on Facebook in South Africa since early March 2021.

It shows a photo of a demolition excavator ripping through the roof of a house.

One version has been viewed 1.6 million times so far, with others garnering views in the tens and hundreds of thousands.

But does the photo really show a house “just” being demolished in Amandasig, near the South African city of Pretoria, in March 2021? We checked. 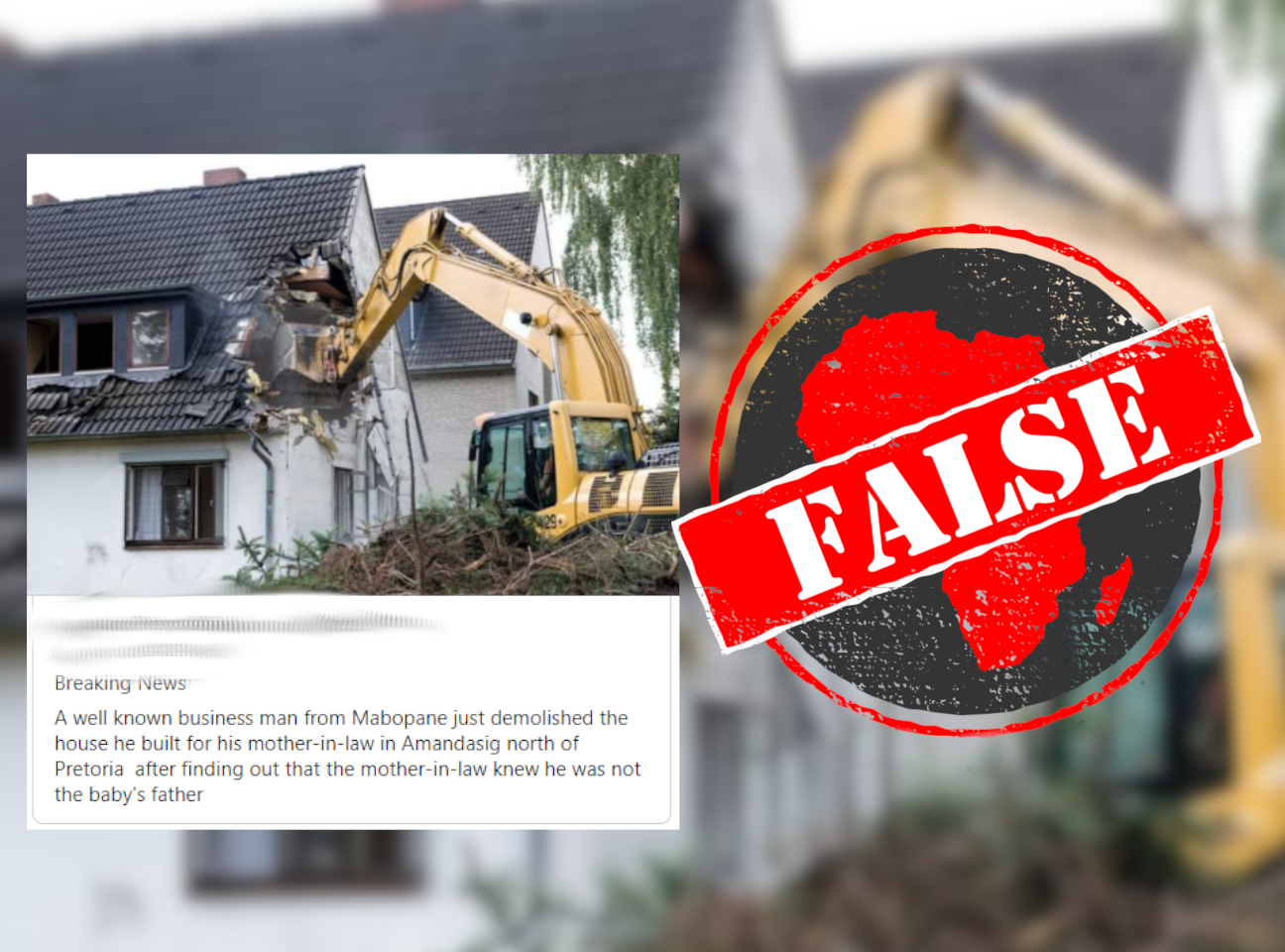 A reverse image search of the photo led Africa Check to a July 2012 post on the Russian blog 59.RU.

A machine translation of the Russian-language post suggests that the photo shows a house in the central Russian city of Perm.

“To disassemble a house where a whole family is registered is a piece of cake in Perm,” the translated blog reads.

“Yesterday the house at Rybatskaya 34 was dismantled. Like a third of the houses in Srednaya Kurye, it was not owned by the residents. In the village on the right bank of the Kama River, ‘new owners’ periodically appear, who, according to residents, carry out ‘raider seizures’ of land plots.”

It’s not clear that the photo actually shows a house being demolished in Russia. But it’s been online for nearly nine years – so it can’t show the demolition of a house in March 2021.

A TinEye reverse image search reveals that it’s actually a stock photo, made available by global agencies such as Getty Images and Shutterstock since at least 2013.