A photo of two women standing close to each other, with the one embracing the other, has been shared on Facebook with the claim that it shows Tanzanian president Samia Suluhu Hassan and her daughter “Wanu”.

Similar posts have been posted with captions comparing the women’s outfits, criticising the younger woman for being “westernised”.

In the photo, the older woman wears a long yellow tunic dress and a hijab while the other is dressed in a skintight jumpsuit.

The caption of one post reads: “Tanzania President, Samia Suluhu Hassan (61) and her daughter, Wanu. The mum Hijabed. The daughter westernized. This is a matter of choice. Let us stop deceiving ourselves with one yeye religion. Is the daughter not a muslim? Imagine if it was in Nigeria.”

Data from CrowdTangle, Facebook’s public insights tool, shows that the photo has been shared hundreds of times, and gathered multiple reactions, particularly widely in Nigeria.

Hassan has one daughter called Mwanu Hafidh Ameir, who is also a politician and a member of the Zanzibar house of representatives.

But does this photo show the mother-daughter political duo? 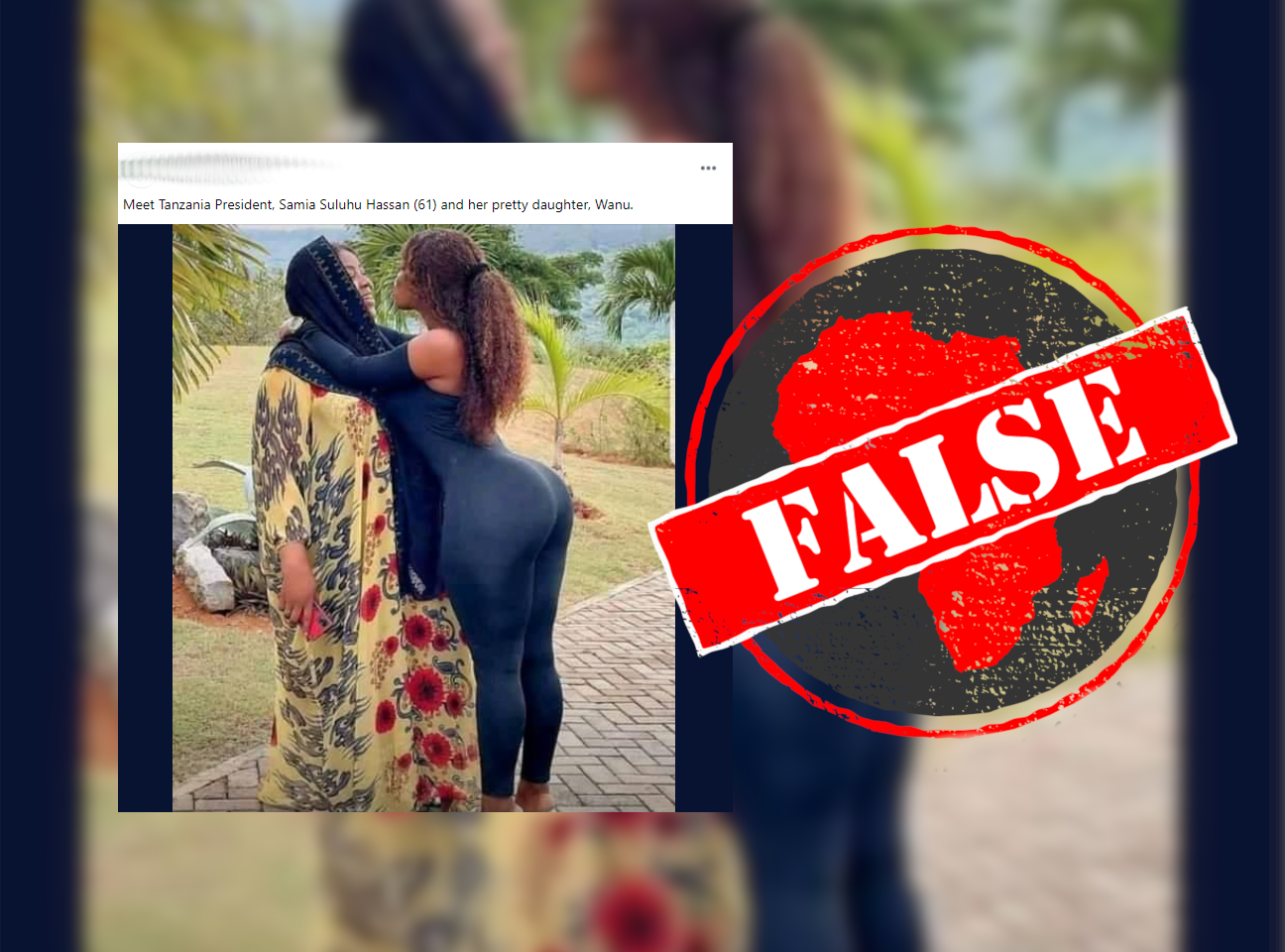 A Google reverse image search of the photo revealed that it was previously posted on the Facebook page of Kenyan news website Ghafla. But here it was captioned: “Actress Trish Khalid and her mother.”

We searched for Trisha Khalid on Instagram and found she posted the photo on 16 March. She captioned the photo: “And then life happened. I love you Mama @saada_fateh.”

In the comment section, a fan asked if fellow actor Saada Fateh was Khalid’s real mother to which she replied: “... no dear … On-screen mum but still my mum.”

Fateh and Khalid both appear on the Maisha Magic Plus TV series, KOVU. They play daughter Ruby and mother Alisa.

The two women pictured are the Kenyan actors Trisha Khalid and Saada Fateh, not the Tanzanian president and her daughter.