No, photo of footbridge in Kenya, not R11m bridge in Qwaqwa, South Africa

A photo posted on Facebook in March 2021 shows a group of people standing on a large concrete block over a culvert.

“This is an official bridge opening in Qwaqwa it cost 11 million… can someone please explain,” text below the photo reads.

Qwaqwa is a town in South Africa’s Free State province. 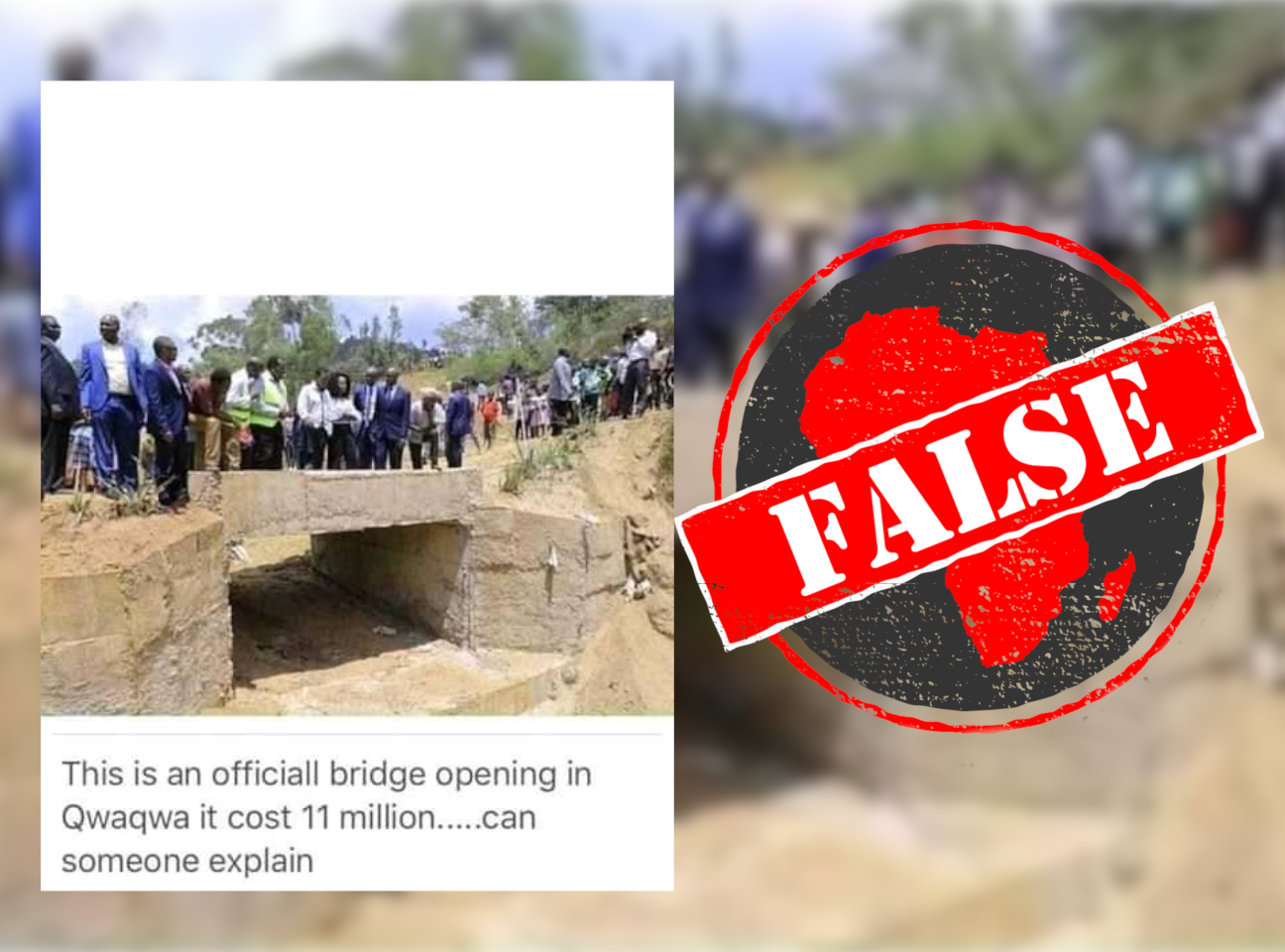 The results of a TinEye reverse image search reveal that the photo was taken in Kenya in 2018.

One article, by Kenyan news website Kenyans.co.ke, says the photo was taken in Machakos county, south of the country’s capital of Nairobi. It shows a pedestrian bridge over a box culvert.

In a 2018 interview, Machakos governor Alfred Mutua told Kenyans.co.ke the photo shows him inspecting the footbridge, which was yet to be completed.

“This is a simple box culvert and the contract is less than 1 million [shillings],” Mutua was quoted as saying. That’s roughly R135,800.

In 2018, the South African Twitter account @AdvoBarryRoux posted photos of the bridge, claiming that it had cost “$6million”. Lilian Ng’ang’a, Mutua’s wife, responded to the tweet, sharing before and after photos of the bridge – which included the photo in the Facebook post.

“To verify, visit the actual area!” she tweeted.

The claim that the bridge was opened in Qwaqwa, South Africa, and cost R11 million, is false.

Photo of Meta CEO Mark Zuckerberg in Anambra state in Nigeria? No, photo taken in Lagos state in 2016