No, photo of Kenyan protesters old, not over fuel prices in September 2021

A photo has been shared on Facebook and Twitter with claims that it shows residents in Nakuru, Kenya protesting against high fuel prices.

The photo shows a crowd of people, some holding hands, standing in the middle of a road, blocking it.

But does this photo show Kenyans protesting against high fuel prices in 2021? We checked. 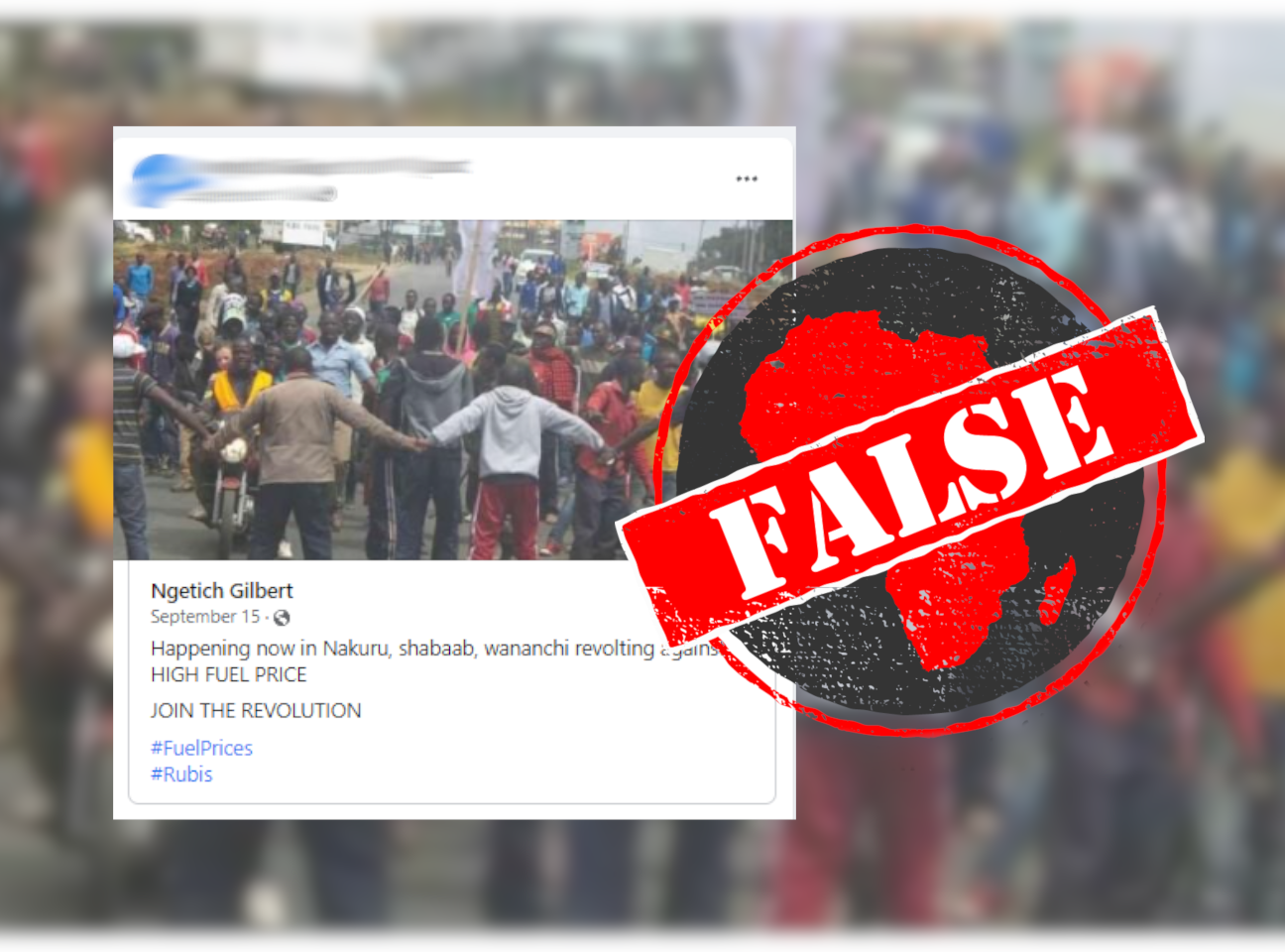 A TinEye reverse image search revealed that the photo was old. We traced it to an article published by the Star newspaper on 6 June 2016.

The caption to the photo reads: “Cord supporters from Kibera in Nairobi county during demonstrations for the forceful removal of commissioners at the Independent Electoral and Boundaries Commission, June 6, 2016.”

The photo is credited to Collins Kweyu, a photojournalist based in Nairobi.

The Coalition for Reforms and Democracy (Cord) was an alliance of opposition political parties that contested the Kenya general elections in 2013.

The protestors in the 2016 photo were allegedly demanding the firing of members of the electoral commission before Kenya’s 2017 general election.

The photo does not show people protesting high fuel prices in 2021.