“Photo surfacing online shows a man identified as Kondele ward MCA Joachim Oketch armed with stones during DP William Ruto's meeting in Kondele,” reads the caption of a photo of a man in a yellow hard hat with stones in his hands.

The photo appears in a screenshot of what seems to be a Facebook post by the news website Pulse Live Kenya. It started circulating on Facebook on 10 November 2021, the day Ruto’s motorcade was pelted with stones in Kondele, Kisumu county, while the deputy president was campaigning for Kenya’s August 2022 general election.

Oketch is a member of the county assembly (MCA) for Kisumu county’s Kondele ward.

But does the photo show him as part of the stone-throwing mob who attacked Ruto’s motorcade in November 2021? 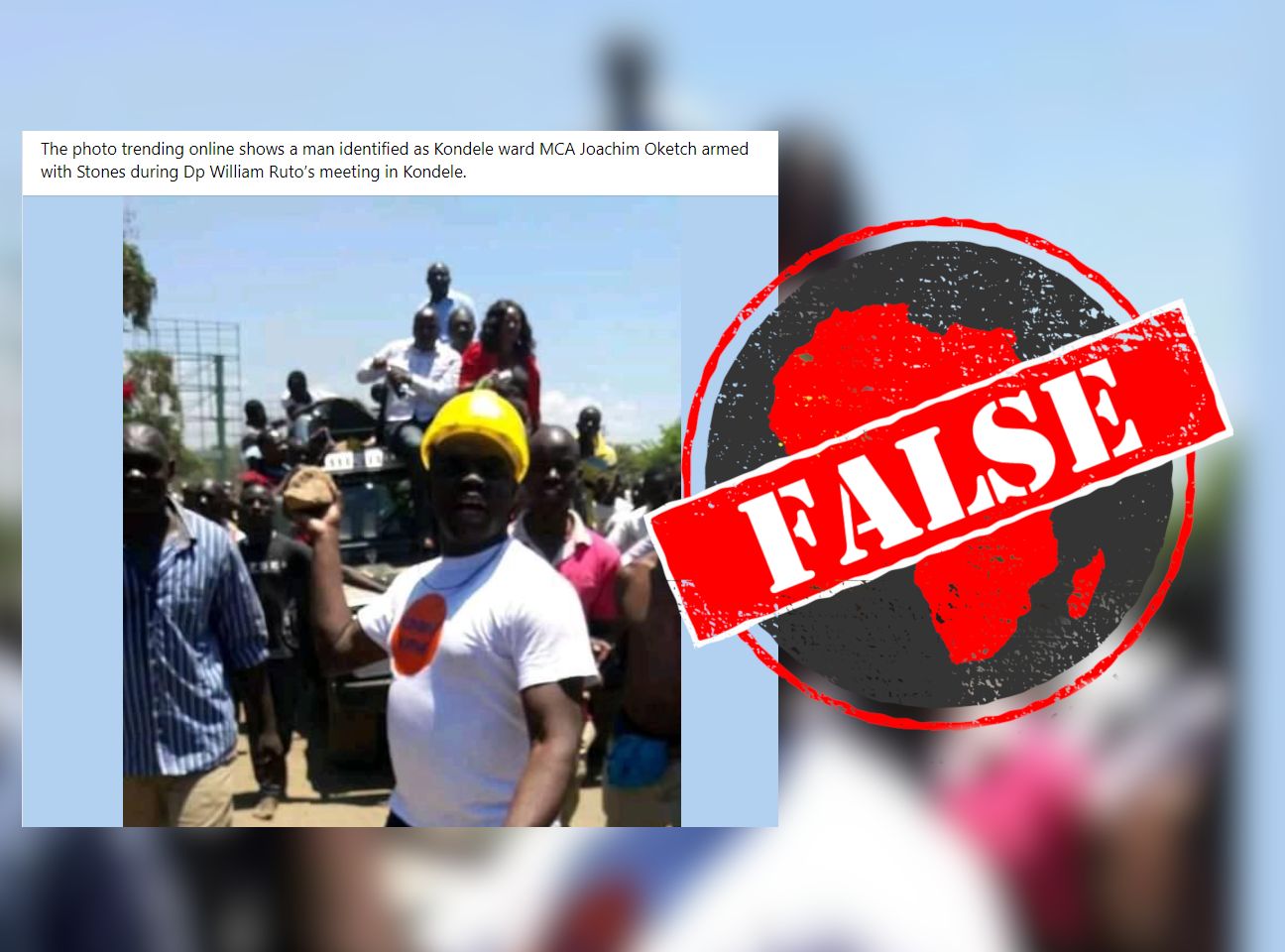 ‘This cheap propaganda must stop’

A Google reverse image search reveals that the photo has been online for more than a year. We traced it to Oketch’s Facebook account, where he posted it on 13 June 2020.

Oketch has slammed Pulse Live Kenya for linking him to the stone-throwing.

“This is very irresponsible Journalism,” he posted on Facebook. “This cheap Propaganda must stop.”

The photo was taken in June 2020, not November 2021. It does not show Oketch stoning Ruto’s motorcade in Kisumu.