No, photo not of Cameroonian president Paul Biya

A photo has gone viral with the claim it shows Cameroonian president Paul Biya being helped to walk.

Most of the captions on Facebook read: “In the middle is Paul Biya 88 years president of Cameroon being led to the platform for his campaign to be re-elected in upcoming elections.”

Some of the posts have been widely shared.

But does the photo show a physically weak Biya on the campaign trail? We checked. 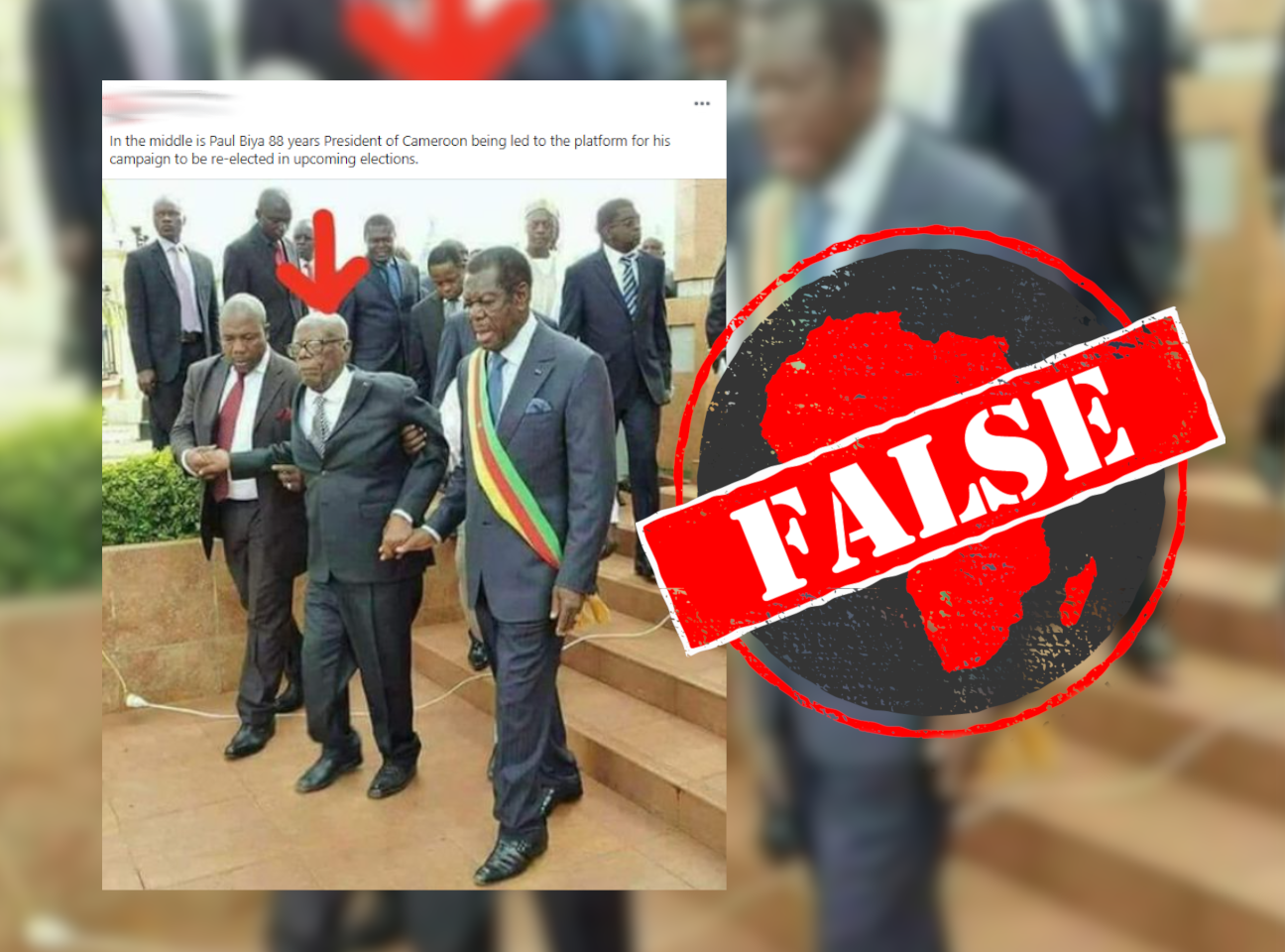 No upcoming elections in Cameroon, photo not Biya

At the time of writing there were no upcoming elections in Cameroon.

The last presidential elections were held in 2018. As a presidential term in Cameroon lasts seven years, Biya is expected to be in power until at least 2025.

Africa Check looked at different photos of Biya. And he does not resemble the man in the photo shared on Facebook.

In the most recent photos of Biya published on Twitter, he appears relatively strong and stands and walks upright without assistance. The colour of his skin is also different.

A reverse image search led us to multiple versions of the photo. The earliest we could find was published on 16 September 2017. It is titled: “Kadji Et Fotso: Solidarite Entre Patriarches.” Translated from French this means: “Kadji and Fotso: Solidarity between patriarchs.”

Searching for the name “Kadji” on Google we found articles about and photos of a popular Cameroon businessman, Joseph Kadji Defosso, who died in 2018. He resembled the man referred to as Biya in the viral photo.

Similarly, the name “Fotso” led to results about Victor Fotso, another Cameroonian industrialist. He died in 2020 and looked like the man on the right in the photo, wearing a scarf or sash in the colours of the Cameroonian flag.

The photo shared on Facebook is not of the Cameroonian president, Paul Biya, and wasn’t taken in 2021. It shows two men “of the first generation of industrialists in post-independence Cameroon”, photographed in 2017 and now dead.