No, photo not of Chinese man beaten in Kenya for ‘sending flowers to his watchman’s wife’

A photo of a man with puffy eyes and swollen lips, used as evidence of a false claim Africa Check debunked in May 2020, resurfaced on Facebook in June 2021 with another false claim. This time, it is described as showing a “Chinese man beaten in Kilimani for allegedly sending flowers to his watchman’s wife.”

Kilimani is a suburb of Nairobi, Kenya’s capital.

On 11 May 2020, the photo was posted with the claim it showed a “Chinese man mercilessly beaten in Kilimani for deliberately coughing in the face of a security guard”. On 11 May that year, the World Health Organization reported that Kenya had 672 confirmed Covid-19 cases, with 32 deaths.

Here’s the real story of the photo’s origins. 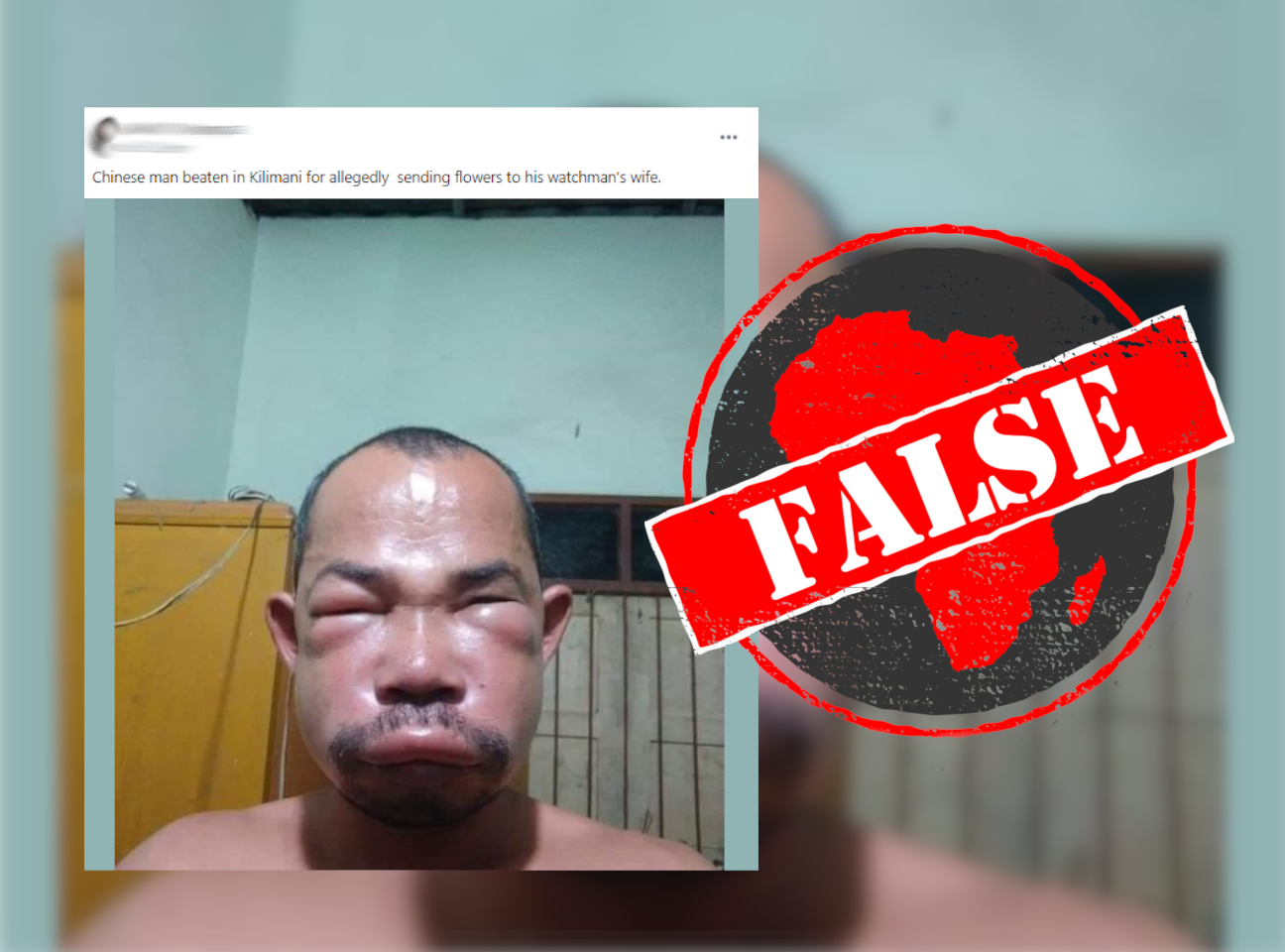 Stung by bees while harvesting honey

The photo first surfaced online in a now-deleted video posted on a Cambodia-based Facebook page on 1 May 2020. The video has since been deleted.

We also found the photo on a Facebook page in Thailand, posted in May 2020. It also appears in a Reddit post from a year ago. Both posts say the photo shows a man stung by bees while harvesting honey.

The photo appears to have originated in either Cambodia or Thailand, not Nairobi’s Kilimani neighbourhood. It doesn’t show a “Chinese man beaten in Kilimani for allegedly sending flowers to his watchman’s wife” in June 2021.