No, photo not of Kenyan, but alleged victim of police brutality in South Africa

An image of a shirtless man with lash marks on his back has been widely shared on Facebook in Kenya.

The post claims the man was assaulted after he tried to disrupt the tour of Kenyan opposition leader, Raila Odinga, in Embu county, northeast of the capital Nairobi, on 19 October 2021.

The post claims the photo is of a man identified as “‘General’ Kipngetich”.

“This man here, ‘General’ Kipngetich was hired by UDA to organize goons to heckle and chase Rt Hon Raila Odinga in Embu,” one supporter posted.

“Patriotic Kenyans arrested and forgave the UDA General before surrendering him to the authorities. Wananchi and the authorities recovered homemade teargass and gun from him. He will be arraigned in court on Thursday.”

The United Democratic Alliance, or UDA, is a political party led by deputy president William Ruto. Ruto, like Odinga, is running for president in the 2022 general election.

The photo was also shared with a similar message in Facebook groups.

But is this photo of one of Ruto’s supporters whipped for trying to heckle Odinga? We checked. 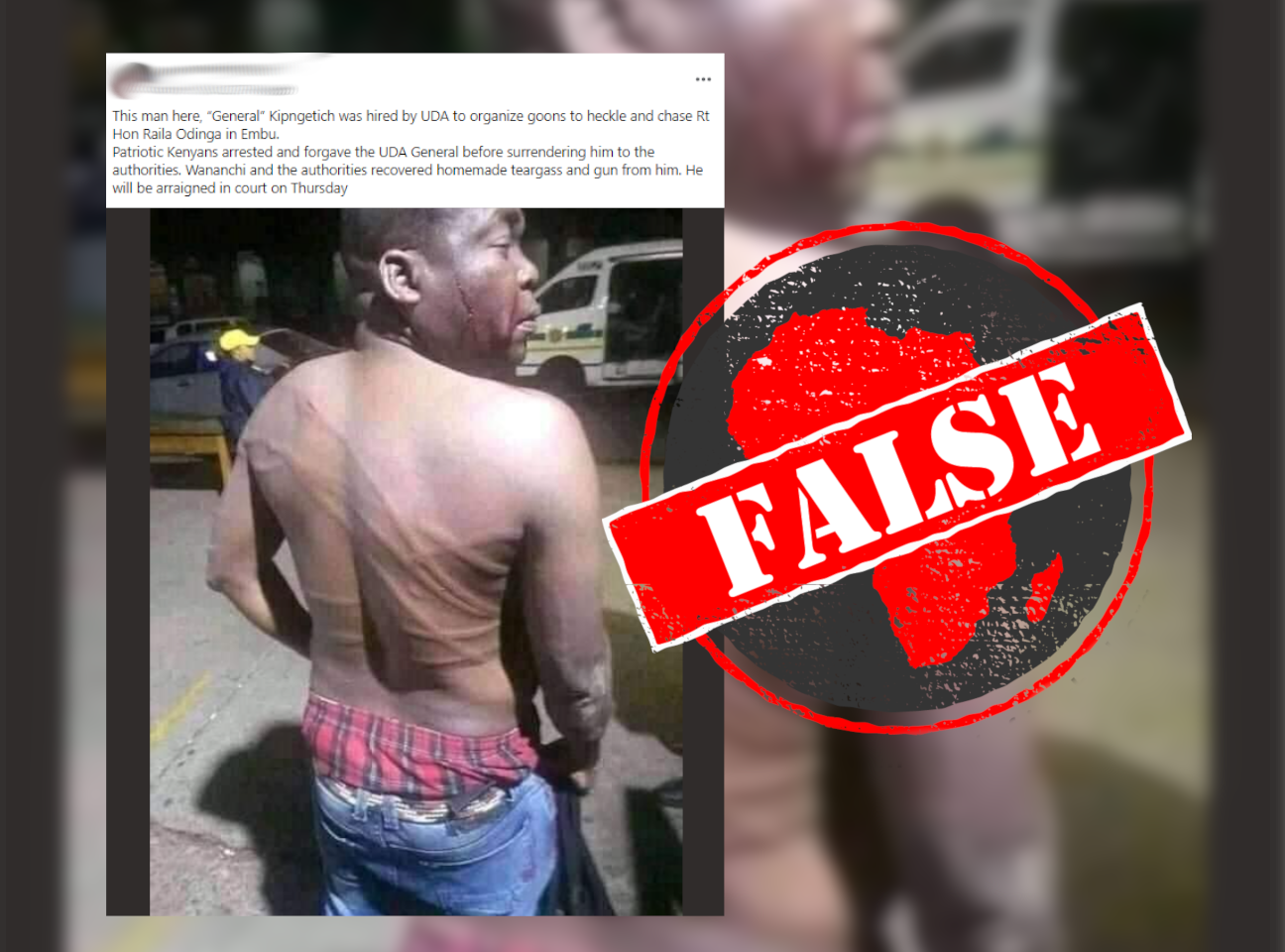 Africa Check did a reverse image search and quickly concluded that the photo was not taken in Kenya.

It first appeared on South African news sites like the Citizen, TimesLive, SowetanLive and Independent Online as early as 6 October.

TimesLive said a man “who identified himself as Shiba” was showing the welts on his back after he claimed he was beaten by Tshwane metro police department officers.

Tshwane is a city in the north of Gauteng province in South Africa.

The Citizen reported that the man had gone to collect his impounded car when he was assaulted.

South Africa’s Independent Police Investigative Directorate also posted the photo and a video on Twitter explaining that the officers accused of beating the man had been arrested.

“Police can ONLY use force when their lives are under threats & have no rights to assault anyone,” the directorate tweeted.

The photo is from South Africa and unrelated to campaigning in Kenya.