A photo has been posted on Facebook in Kenya, with a claim it shows politician Raila Odinga drinking blood.

The caption to the photo reads: “AGWAMBO drinking human blood in satanic rituals. Got Alila and Ramogi moment. Shame on the devil worshipper!”

The name “Agwambo” is commonly used in Kenya to refer to Odinga. He is party leader of the Orange Democratic Movement (ODM) and running for president in the August 2022 elections.

But the photo was first posted as early as 2016, with claims that a Nigerian witch doctor had released a photo of a Kenyan politician drinking human blood to become president in 2017.

Is this photo of 2022 presidential hopeful Odinga? We checked. 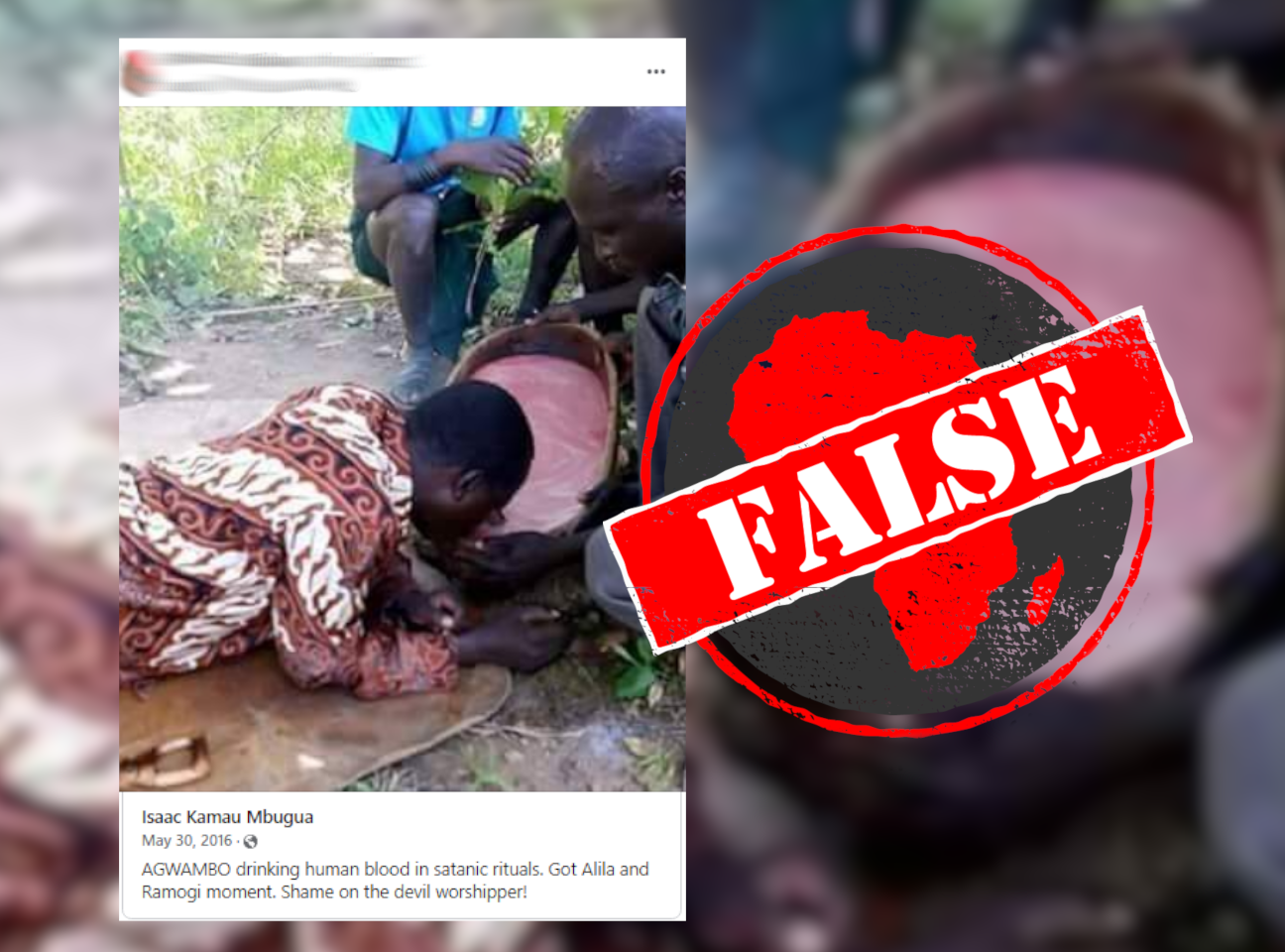 A reverse image search of the photo revealed a tweet of a similar photo, where the face of the person pictured is visible.

We checked his social media accounts and found photos of him wearing the same shirt on different dates in July 2018, November 2020 and February 2021.

It is reportedly part of Pokot culture to drink blood from animals they have slaughtered. Pokot people are a subgroup within the Kalenjin ethnic group. They live mostly in areas north and west of the town of Kapenguria in western Kenya, bordering Uganda.

In a December 2018 interview, the governor was quoted as saying he had drunk blood and milk while surviving in the bush for three days.

The man in the photo shared on social media is not Raila Odinga and the practice is not a satanic ritual.