No, photo not of Kenyan president ‘flouting ban on political rallies’, but old photo of Raila Odinga’s convoy

A Facebook user shared a photo, claiming it showed president Uhuru Kenyatta in a long convoy and huge crowd, defying his own ban on political gatherings to stop the spread of Covid-19.

The photo was captioned: “Uhuru in Kisumu, a president who does not respect his own orders, he burned all political gatherings yet he's the first one breaking the rule, Kenya iko shida.”

The president toured Kisumu county in March 2021. The county is in western Kenya on Lake Victoria and a stronghold of Kenyatta’s main political rival, opposition leader and former prime minister Raila Odinga. The two have been working together following a political truce in 2018.

The photo has been shared in a group with 64,000 members, attracting over 90 shares.

But when was this photo taken and does it show Kenyatta’s convoy in Kisumu, despite his own Covid-19 restrictions? We checked. 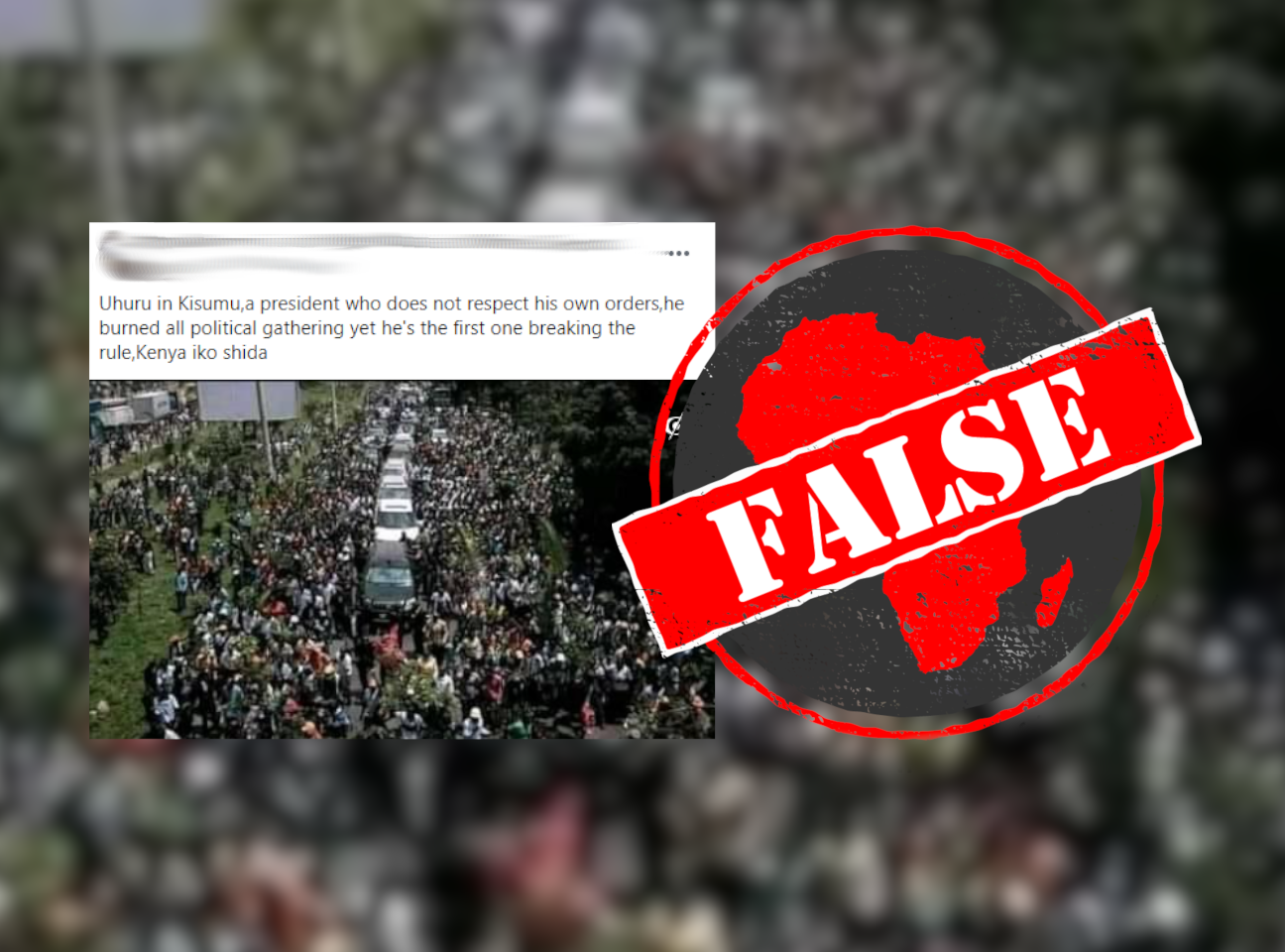 A reverse image search reveals the photo is old and not of Kenyatta’s visit to Kisumu in March.

The photo was published on Getty Images on 17 November 2017. According to the caption, it shows Odinga supporters.

It was captioned: “Supporters of Kenyan's opposition party National Super Alliance (NASA) leader Raila Odinga march with his convoy upon his arrival from the Jomo Kenyatta international airport on November 17, 2017 in Nairobi.”