A screenshot shared widely on Facebook appears to show a small aeroplane with hundreds of spears or arrows stuck in the underbelly. A second photo,  shot from above, shows a human figure holding something like a large spear.

The post looks like a screenshot from the Facebook app on a cellphone. It’s time-stamped “Mar 4 at 03.47”. The original post is captioned: “Christian missionary just came back after a flight over north sentinel island.”

The post was viewed over 64,000 times in just 24 hours. But where is the North Sentinel Island and does this photo show a missionary’s plane after flying over it? 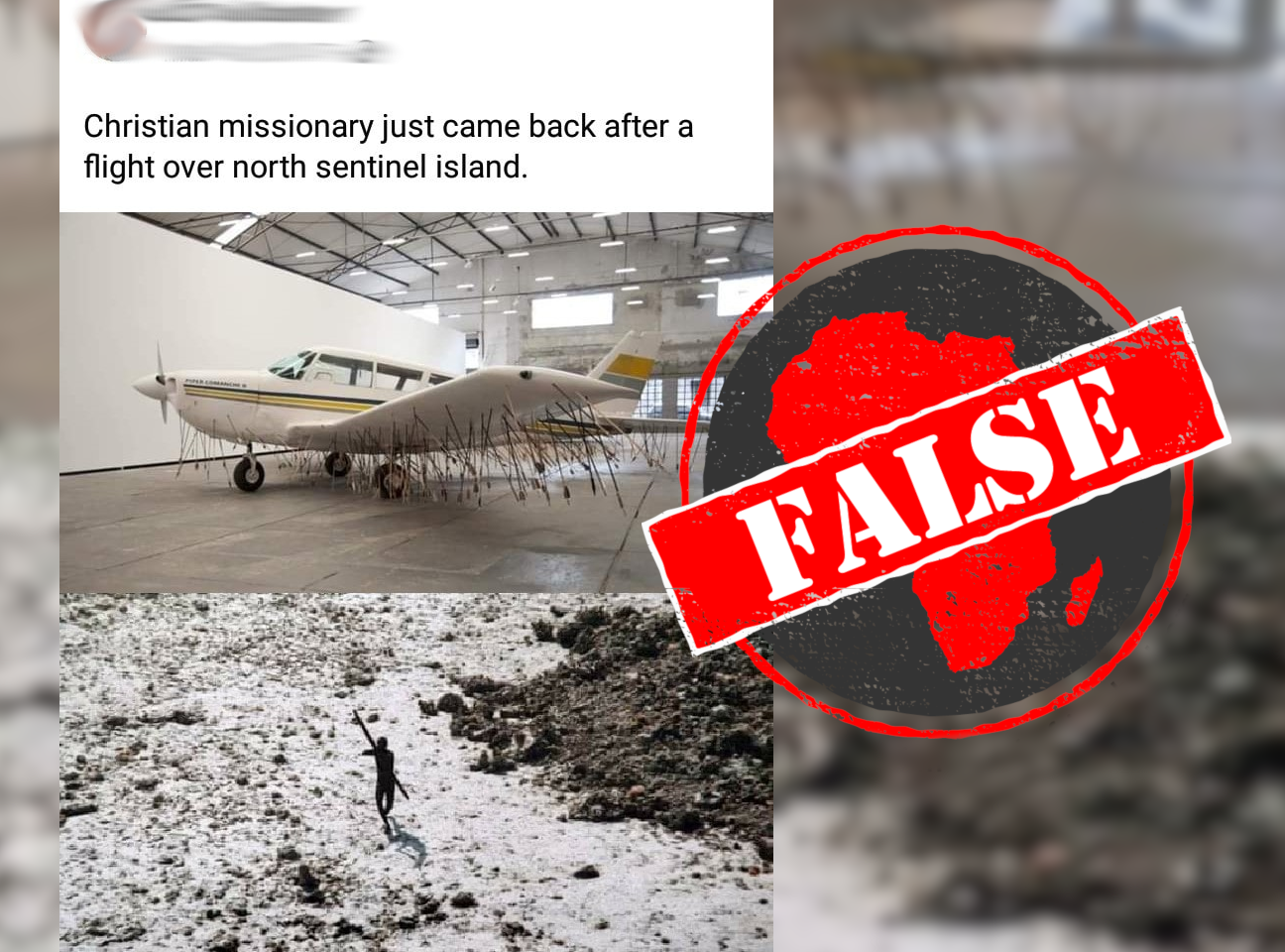 North Sentinel Island is one of the Andaman and Nicobar islands, which are part of and ruled by India but stretch between Myanmar and the Indonesian island of Sumatra.

North Sentinel is a small island surrounded by a shallow reef. The people of the island, the Sentinelese, have been described by Survival International, an indigenous rights group, as “the most isolated tribe in the world” and by the Guardian newspaper as “one of the Earth’s last uncontacted peoples”.

In 2018, the Sentinelese made international news when they killed a US Christian missionary who, it was reported, had “illegally” visited the isolated island.

The aerial photo in the screenshot has been widely published in reports on the tribe. It is usually credited to the Indian Coast Guard and AFP.

On Survival International’s website it is captioned: “This member of the Sentinelese tribe was photographed firing arrows at a helicopter which was sent to check up on the tribe in the wake of the 2004 tsunami.”

A reverse image search of the photo of the plane led to a webpage of Faena Art, a cultural centre in Argentina.

The plane is an artwork created by Los Carpinteros, or “the carpenters”, an artistic collective of two Cuban artists. It is titled Avião, which means “plane” in Portuguese. The artwork was made in Brazil in 2011 but exhibited at Faena Art in Argentina in June 2012.

There is no connection between the artwork of an aeroplane pierced with arrows and North Sentinel Island or the people who live there.