IN SHORT: A reverse image search reveals that the picturesque photo of houses in a green valley was taken in the village of Milton Abbas, England – not Shinyalu, Kenya.

A photo of a green valley with well-maintained houses, neat lawns and a tarmacked road running between them is circulating on Facebook with the claim that it was snapped in Kenya.

“This is Shinyalu-Kenya but the Media will not show you!” a typical caption reads.

Shinyalu is a township and electoral constituency in Kakamega county, western Kenya.

The photo has also been posted here, here, here and here.

But does it really show houses in Shinyalu? We checked. 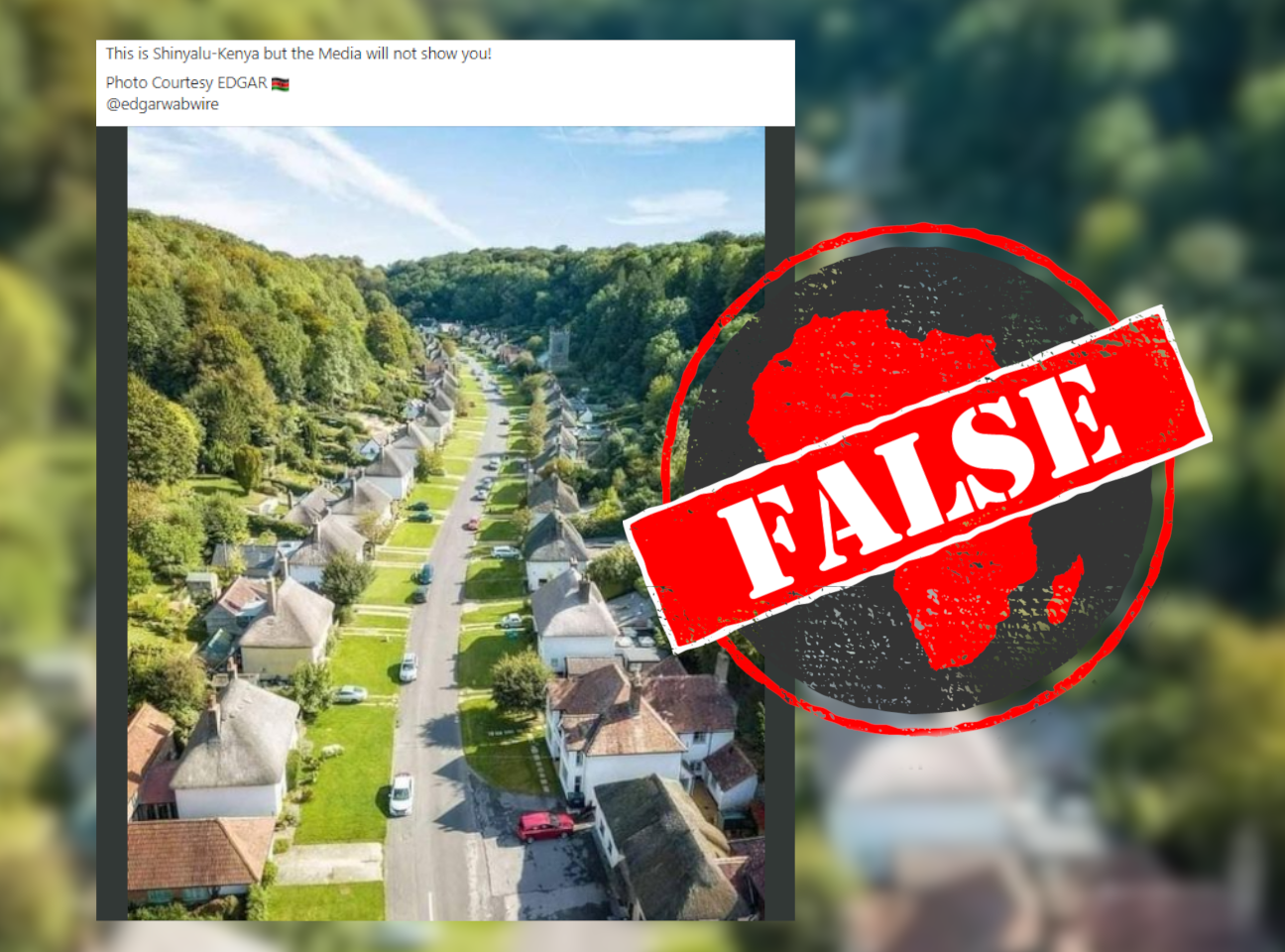 A reverse image search of the photo returns several webpages that identify the houses as being in Milton Abbas, a village in England’s Dorset county.

The photo was posted on Facebook on 24 September 2019, with a caption that begins: “Is this the most perfect village in England? Welcome to the adorable Milton Abbas in Dorset.”

Another website shows several other photos of the village. And we were able to locate the exact street where the photo was taken on Google Maps.

The photo does not show houses in Kenya.