IN SHORT: Despite it being reported in 2016 that Tanzania’s Arusha Technical College would soon be producing a two-seater helicopter, the images circulating on social media show an Indian-made chopper. There is no indication the Tanzanian aircraft is in production yet.

A Facebook user published a screenshot of a social media post, claiming a photo was of a helicopter built at Tanzania’s Arusha Technical College.

“Hongera” translates to “congratulations” in the Kiswahili language. “Chugga” appears to be a colloquial name for the city of Arusha.

It was reported in 2016 that a two-seater helicopter built by Arusha Technical College was in the final stages of production.

The programme was started by the mechanical and engineering department at the college with the intention of making affordable choppers.

This image and claim has also been posted here, here, here and here.

But are these reports true? We checked. 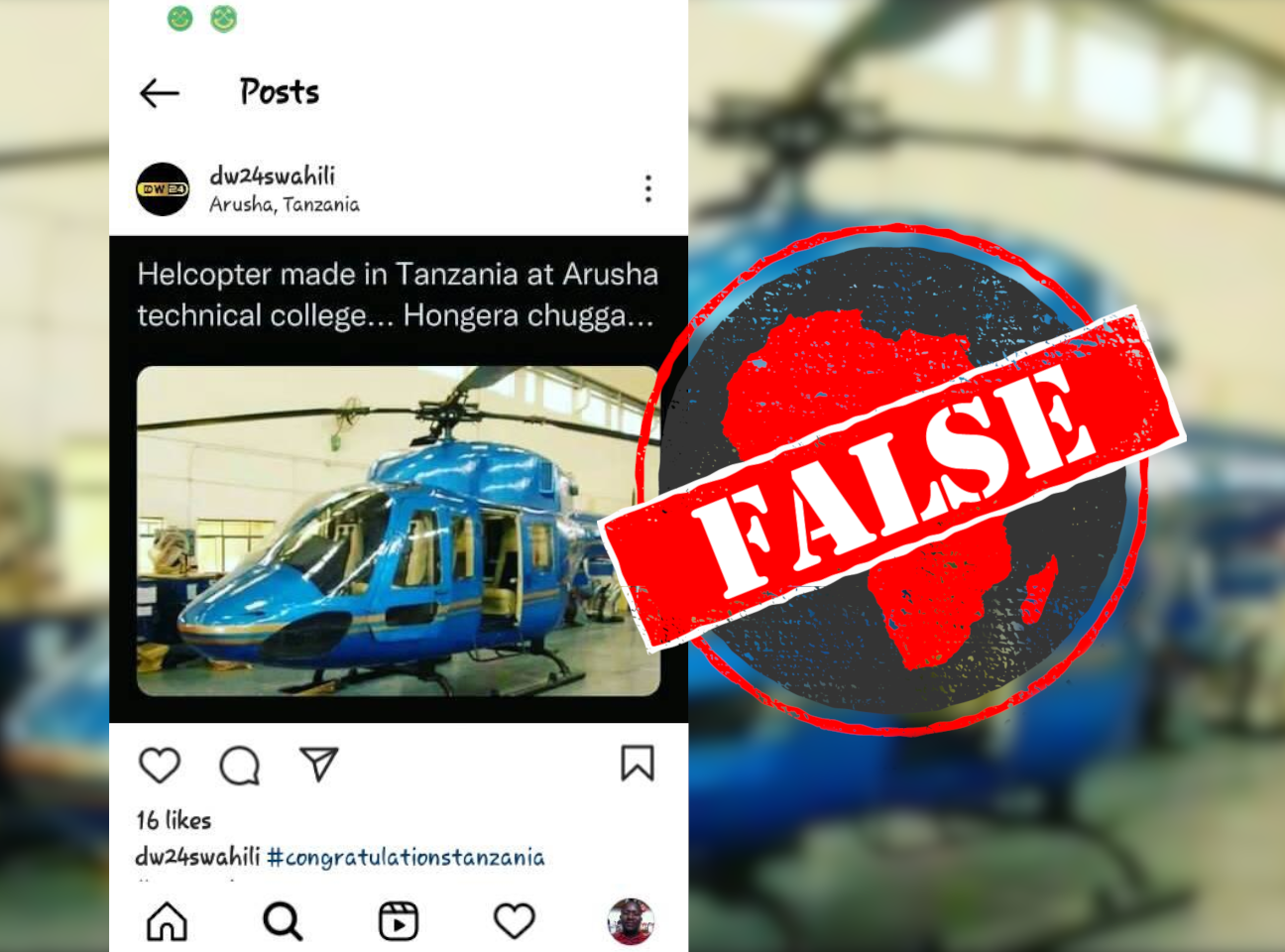 A Google reverse image search led us to a number of articles with the photo.

One article, published by the news website One India on 28 December 2015, reported that in the first week of the coming year Indian prime minister Narendra Modi would lay the foundation stone for the Hindustan Aeronautics Limited (HAL) helicopter facility in Gubbi, a town in the southwestern Indian state of Karnataka.

The original photo shows the logo HAL on the helicopter. However, the helicopter image in the Facebook posts circulating on East African social media has been doctored to remove the logo.