It’s doing the rounds on Facebook with the claim it shows a tit-for-tat game in which KPLC forcefully repossessed a vehicle that had been clamped by Nairobi county officials in retaliation for electricity disconnection.

“Who needs Netflix when your government is entertaining asf!” the caption begins.

“KPLC disconnects City Hall electricity due to outstanding bills, City Hall clamps all KPLCs vehicles along Stima plaza, KPLC comes with this lorry and carry their cars (inclusive of the kanjos clamps)! Man, I love my Country!”

The screenshot has recently been posted on a Facebook page with more than 137,000 followers, and another with over 93,000 followers.

But does the photo show KPLC reclaiming a vehicle that had been clamped by Nairobi county? 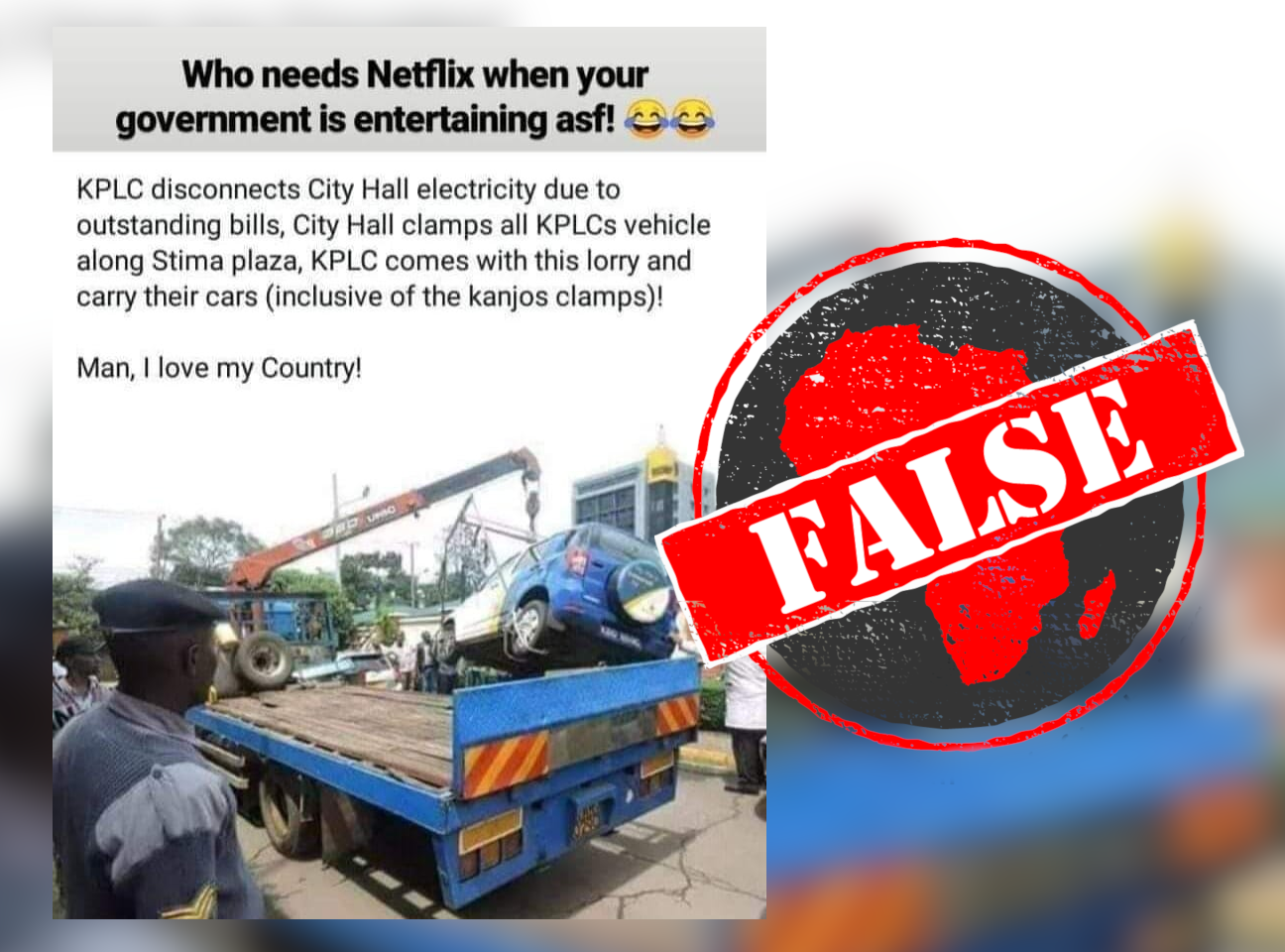 Dispute over parking fees in 2018

A reverse image search confirms that the photo is of a KPLC car being removed – more than three years ago. And the caption is false.

On 6 June 2018, Kenya Power tweeted the photo with a complaint that Nairobi county officials had impounded one of its vehicles, even though parking fees had been paid.

@county_nairobi askari watches as our vehicle KBG 859C is towed despite having made parking payments in advance. ^KK pic.twitter.com/1YrNUjIAa6

“County askari watches as our vehicle KBG 859C is towed despite having made parking payments in advance,” the tweet reads.

And on 12 November 2021 KPLC tweeted the recently circulating screenshot, stamping it “fake”.