A photo of a woman standing in what looks like a courtroom was posted on Facebook in Kenya with the claim she was charged with stealing cooking oil from her boyfriend.

Under the heading “Nairobi: Woman arraigned In Court for Stealing 3ltrs of Cooking Oil After a Sleepover”, the post claims the woman was arrested in Mwiki, a suburb of the Kenyan capital Nairobi.

Many Facebook users commented on and shared the photo, which was also posted here.

In Kenya, the price of cooking oil rose sharply in March 2022 and in April there were reports of shortage of the commodity. The rise in food prices was also reported to have led to shoplifting and stealing food.

But does this photo show a Kenyan woman who stole cooking oil from her boyfriend? We checked. 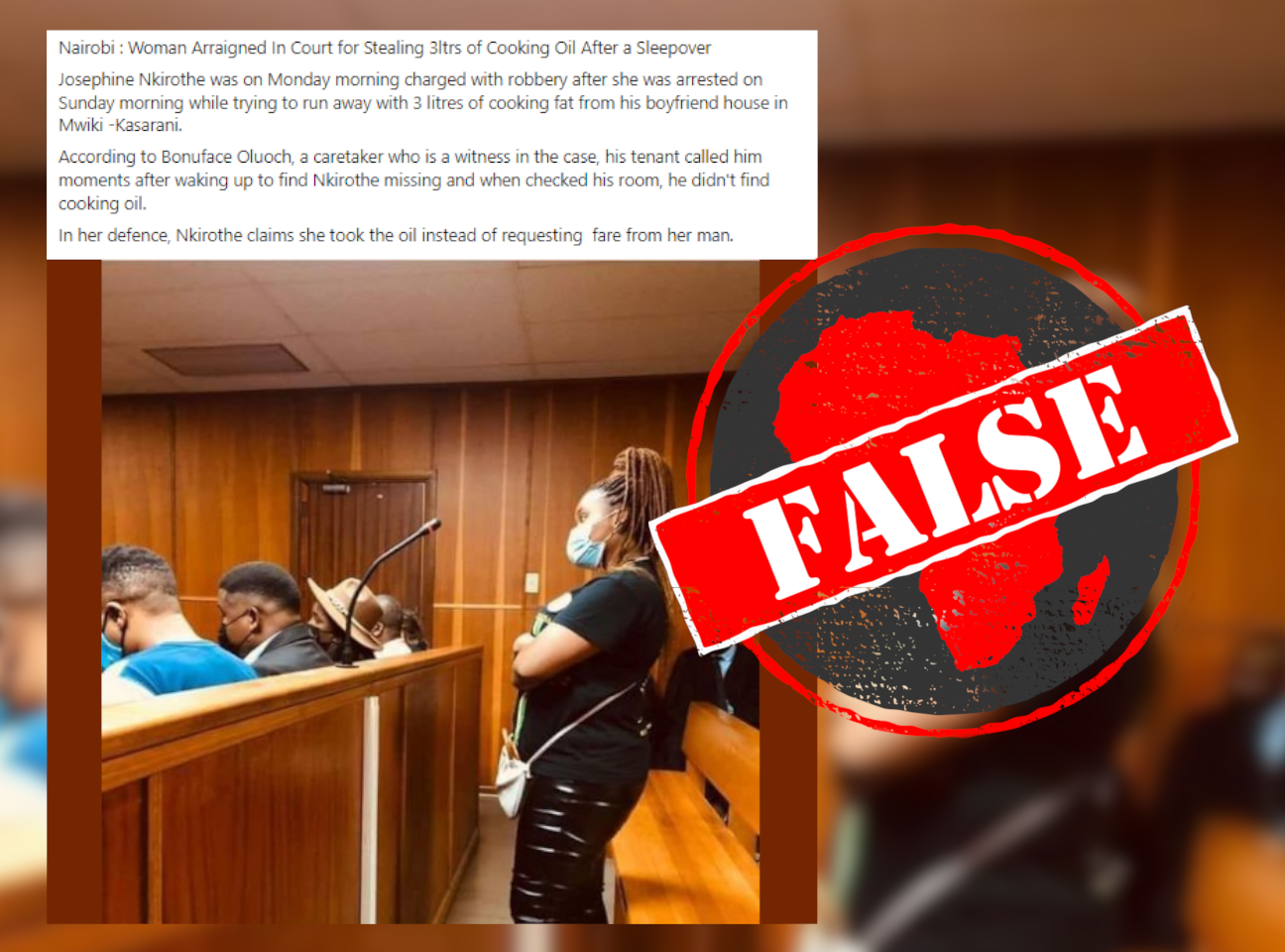 At the bottom of the photo is the logo of Algoa FM , a South African radio station which broadcasts in the Eastern Cape province.

Using the Google reverse image search we found the photo on Algoa FM’s Facebook page. It was posted on 30 March 2022.

The caption notes that the photo shows a 31-year-old woman who stole R800,000 after R14 million was mistakenly paid into her bank account by the country’s student financial aid scheme.

She was sentenced to five years in prison and the story was widely reported in South Africa. Her photo was published in major South African media outlets here and here.

We could not find any such story in any Kenyan media outlet.

The photo shared on Facebook does not show a Kenyan woman and the story is unrelated to the cooking oil shortage and high prices in Kenya.