A screenshot posted on Facebook shows rows of shrouded bodies laid out on the ground, watched over by a crowd of people.

The screenshot is captioned in Amharic, which is spoken widely in Ethiopia. It appears to be a post from a Facebook group called “The Axumite Kingdom of Tegaru – Ze Tigers”, sharing a link to a YouTube video.

The post in the screenshot is captioned “Aksum Massacre (#TigrayGenocide)”. Aksum is a historical city in northern Ethiopia.

The YouTube video linked to in the original post is captioned: “Reports Emerging of ‘Horrible’ Massacre In Ethiopian Holy City.”

Africa Check could not find the original post on the “Axumite Kingdom of Tegaru” page or a video with this title on YouTube.

But data from CrowdTangle, Facebook’s public insights tool, shows that the screenshot has been shared in over 170 posts, prompting nearly 10,000 reactions.

Is it true that the screenshot shows the aftermath of a massacre of civilians in Aksum, Ethiopia? We checked. 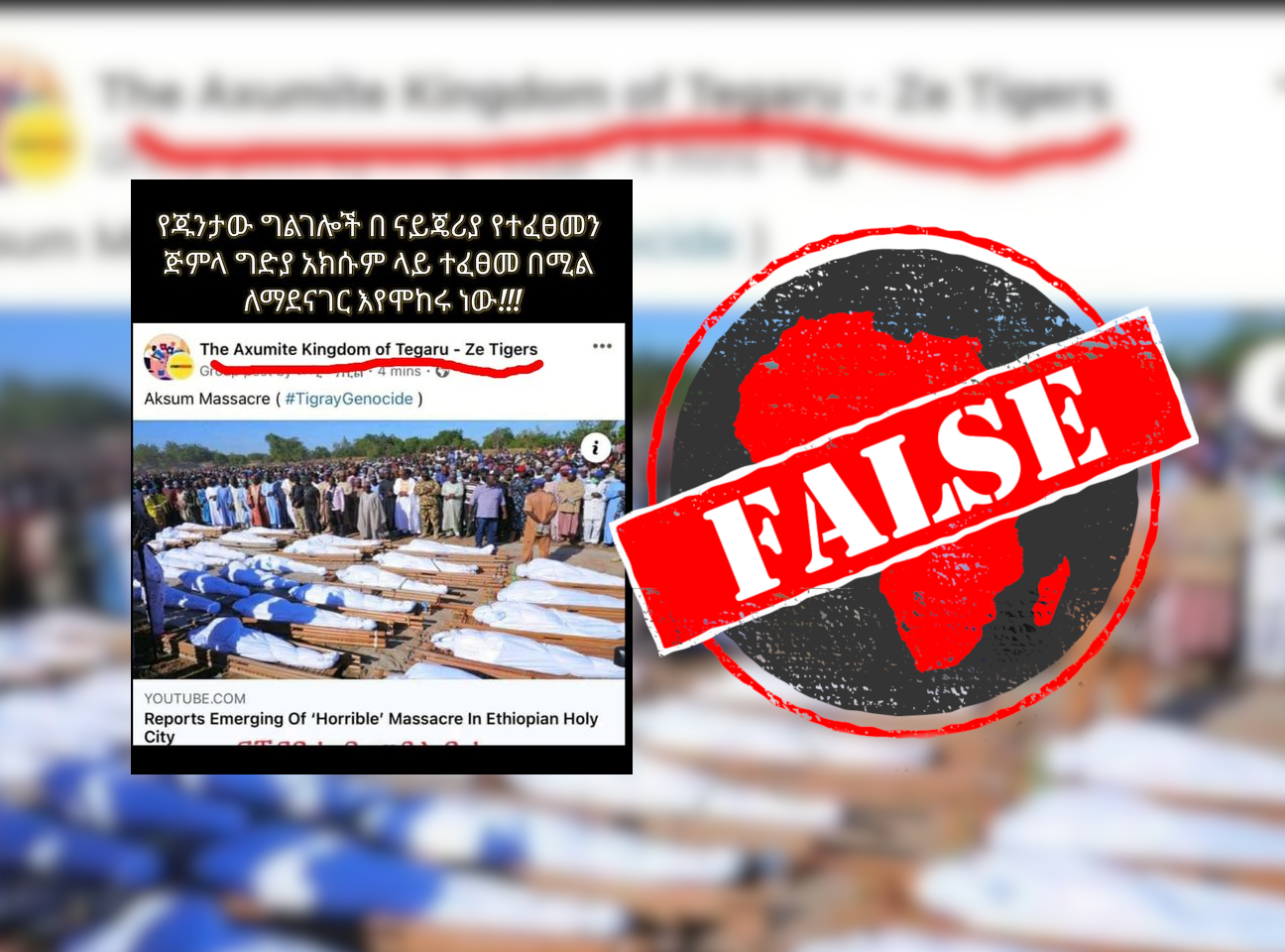 A Google reverse image search of the photo revealed that it shows a funeral of people killed by suspected Boko Haram militants in Zaabarmar, Nigeria.

The photo was taken on 29 November 2020 by the Associated Press photojournalist Jossy Ola.

Part of the caption reads: “Nigerian officials say suspected members of the Islamic militant group Boko Haram have killed at least 40 rice farmers and fishermen while they were harvesting crops in northern Borno State. The attack was staged Saturday in a rice field in Garin Kwashebe, a Borno community known for rice farming.”

The photo is unrelated to any deaths in Ethiopia.

The resilient terror group has suffered major losses. But could the bigger threat to its existence come from within?