Since deputy president William Ruto declared his interest in running for the presidency in Kenya’s 2022 general elections, he has promoted himself as a “hustler” who identifies with the working poor.

This has led to a debate on self-made political “hustlers” versus established political “dynasties” – such as that of current president Uhuru Kenyatta, son of Kenya’s first president, Jomo Kenyatta.

But in January 2021 photos appeared on Facebook as evidence that Ruto in fact recently supported another political dynasty – the 35-year rule of president Yoweri Museveni in neighbouring Uganda.

Uganda went to the polls on 14 January, with Museveni winning another term. Bobi Wine, his much younger rival, claims the election was marred by fraud and violence, and intends to challenge the result.

One photo shows Ruto and Museveni in a car, and others are of the pair at what seems to be a political rally.

A user posted them with the comment: “Show me your friend and I will tell you who you are. So Hustler bandia sneaked to Uganda to campaign for a DYNASTY?”

Another said Ruto had “sneaked to Uganda to campaign for a dynasty and a dictator in the name of Museveni, when we have a real hustler Bobi wine”.

But do the photos show Ruto campaigning with Museveni for Uganda’s 2021 election? We checked. 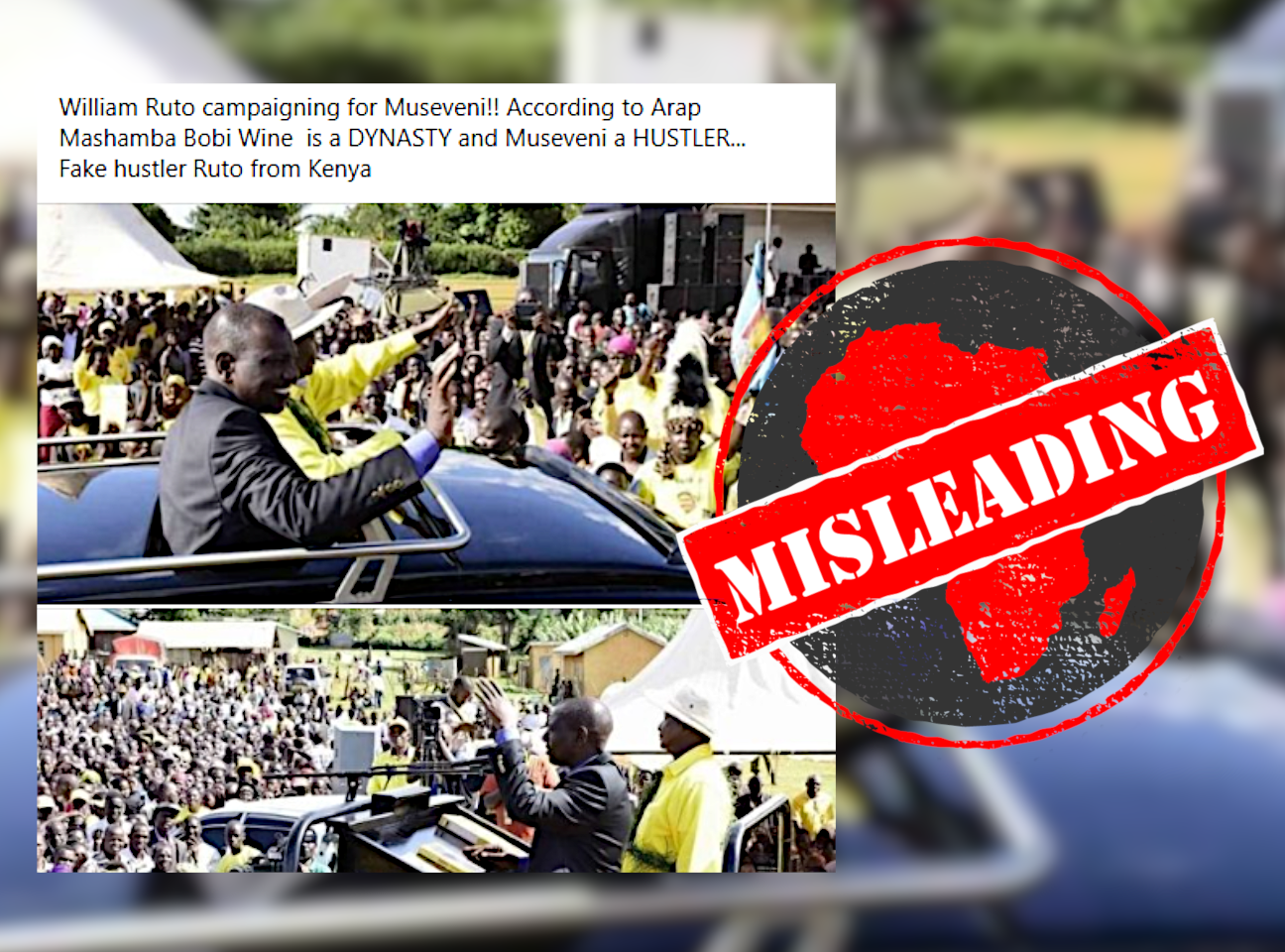 The photos were in fact taken years ago.

One, showing Ruto and Museveni in a car, was first published on 19 August 2018. Ruto posted it on Twitter with the comment: “Held talks with Uganda President Yoweri Museveni at State House Entebbe, Uganda.”

The other photos do show Ruto with Museveni on the campaign trail – in 2015. A reverse image search reveals they were all taken at an event in Kapchorwa in eastern Uganda in December 2015.

Video of the event aired on Ugandan TV on 9 December 2015. So while Ruto has publicly supported Museveni, there is no evidence he travelled to Uganda in the runup to the 2021 election.