IN SHORT: Photos of medication have been shared widely on social media in South Africa, with the claims the drugs were obtained under false pretences for free in South Africa to be sold for profit in neighbouring Zimbabwe. But this is not true – in fact, quite the opposite.

Photos circulating on social media in September 2022 claim to show “Zimbabweans collecting medication from South African clinics” by pretending to be sick, and then smuggling it into Zimbabwe.

One of the photos shows two bags filled with blister packs of medication while a second shows four people standing amongst large black packages.

Some social media users have expressed doubt, saying the photos show contraceptive pills being smuggled from Zimbabwe into South Africa. Others believe the medication has been taken from South African clinics.

“The pills are taken on pretence for free and taken to Zimbabwe where they are sold for profit and SA citizens are left without the pills and other medication,” one user commented.

“This is treason. Police must investigate and arrest the ring leaders,” commented another.

So what do the photos really show? 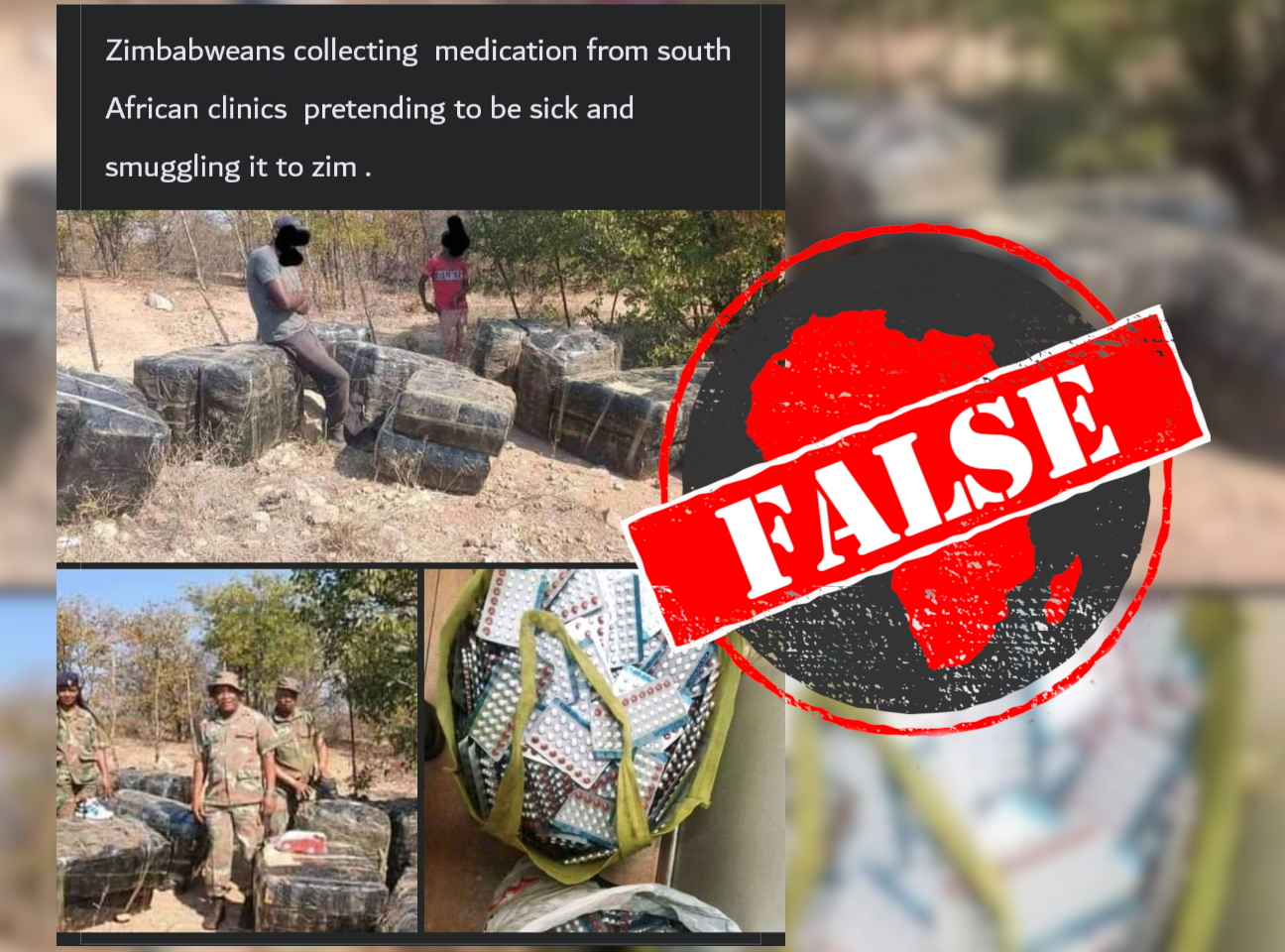 A Google reverse image search revealed the photos were first shared online in a 5 September 2022 statement by the South African National Defence Force.

In the Facebook post, the department details recent anti-smuggling efforts, including the confiscation of “Control L hormonal contraceptive pills valued at R423,916.00 which were being smuggled into South Africa from Zimbabwe”.

Control L refers to one of two types of contraceptive pills widely available in Zimbabwe.

The confiscated contraceptives were handed over to authorities at the Beitbridge border between Zimbabwe and South Africa.

The statement by the defence force also revealed that the large black packages pictured contained shoes. The shoes, like the contraceptive pills, were being smuggled from Zimbabwe into South Africa.

The photos do not show Zimbabweans smuggling medication from South Africa by pretending to be sick.