No, photos from US-Mexico border – not South Africans trying to illegally seek jobs in Zimbabwe

Thirty South Africans “have been caught trying to illegally cross into Zimbabwe via the Beitbridge border post”, reads a message posted on Facebook in Zimbabwe.

“Hidden among their few possessions were CVs & academic certificates. It’s now suspected that they were trying to illegally seek employment in this country.”

The post includes two photos. One shows a group of people lying under exposed wooden planks in a truck trailer. The other is of a police officer inspecting the planks.

South Africa has become notorious for violence against immigrants. But do the photos show South Africans trying to illegally cross into Zimbabwe, the country’s northern neighbour, in search of work? 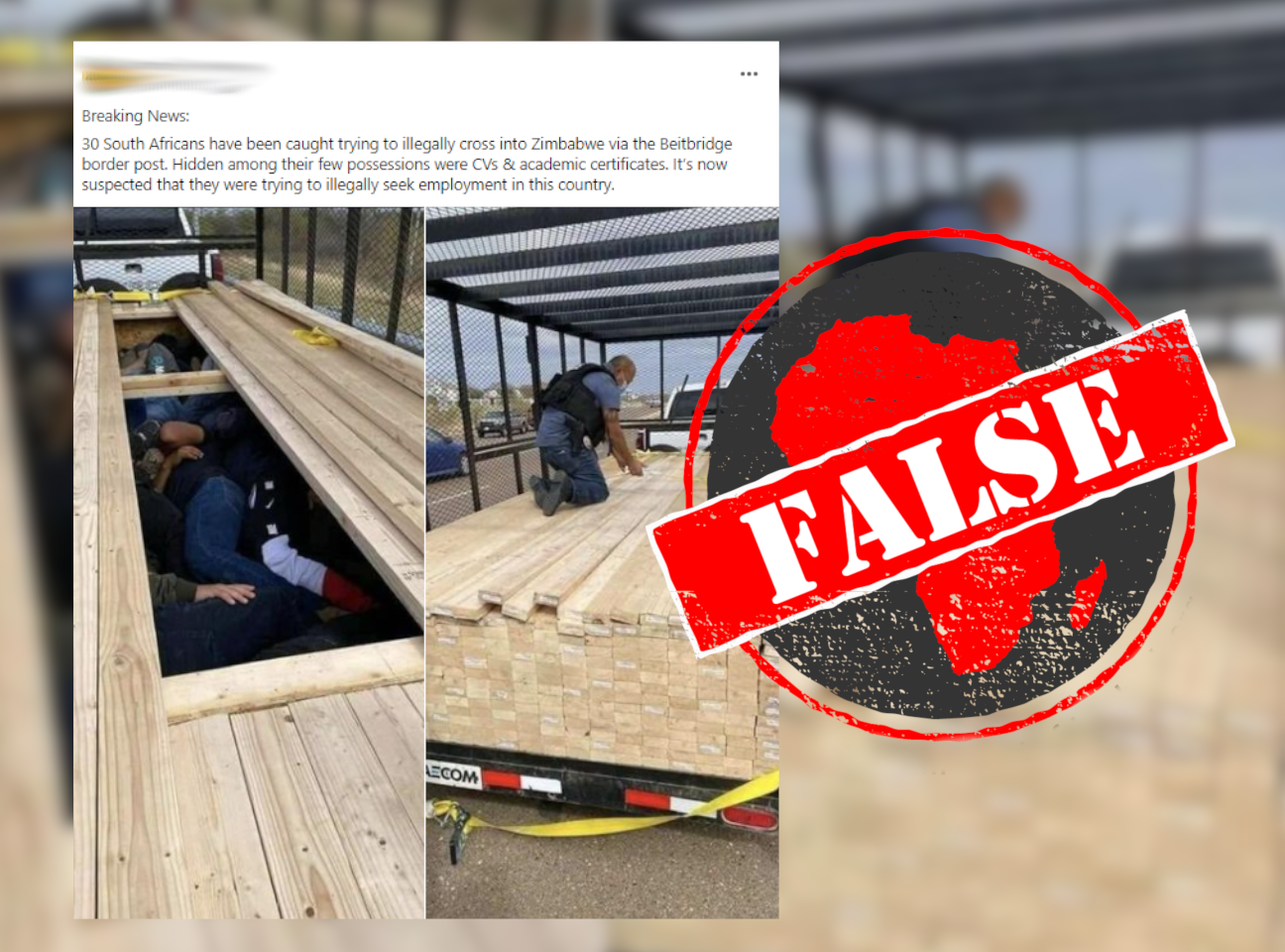 A reverse image search using Google and Yandex reveals that the photos were posted on Reddit and Twitter in January 2021.

The posts include other photos of the scene, including of a police car with the branding of the Laredo Police Department. Laredo is a city in the US state of Texas, on that country’s border with Mexico.

One of the photos was featured in an article by the Laredo Morning Times on 5 January 2021. According to the article, a trailer was intercepted at the US border patrol checkpoint on Interstate 35 on 29 December, 2020.

The trailer was searched and 17 people were found hiding in a compartment built inside the lumber.