No, police in South Africa’s Mpumalanga province not considering remote work after spate of station robberies

IN SHORT: There is no evidence that Mpumalanga police are thinking of working from home. Selvy Mohlala, the province’s police spokesperson, told Africa Check the claim was false.

“Mpumalanga police are considering working from home after more and more police stations are robbed,” reads a graphic circulating on Facebook in September 2022.

Mpumalanga is a province in eastern South Africa.

The graphic’s text is formatted to look like a news headline, with a photo of a police car framed by crime scene tape.

It’s been met with comments that, translated from Afrikaans, read “what is the use of a police station then” and “they are going to sleep all day”.

But are Mpumalanga police really considering resorting to remote work? We checked. 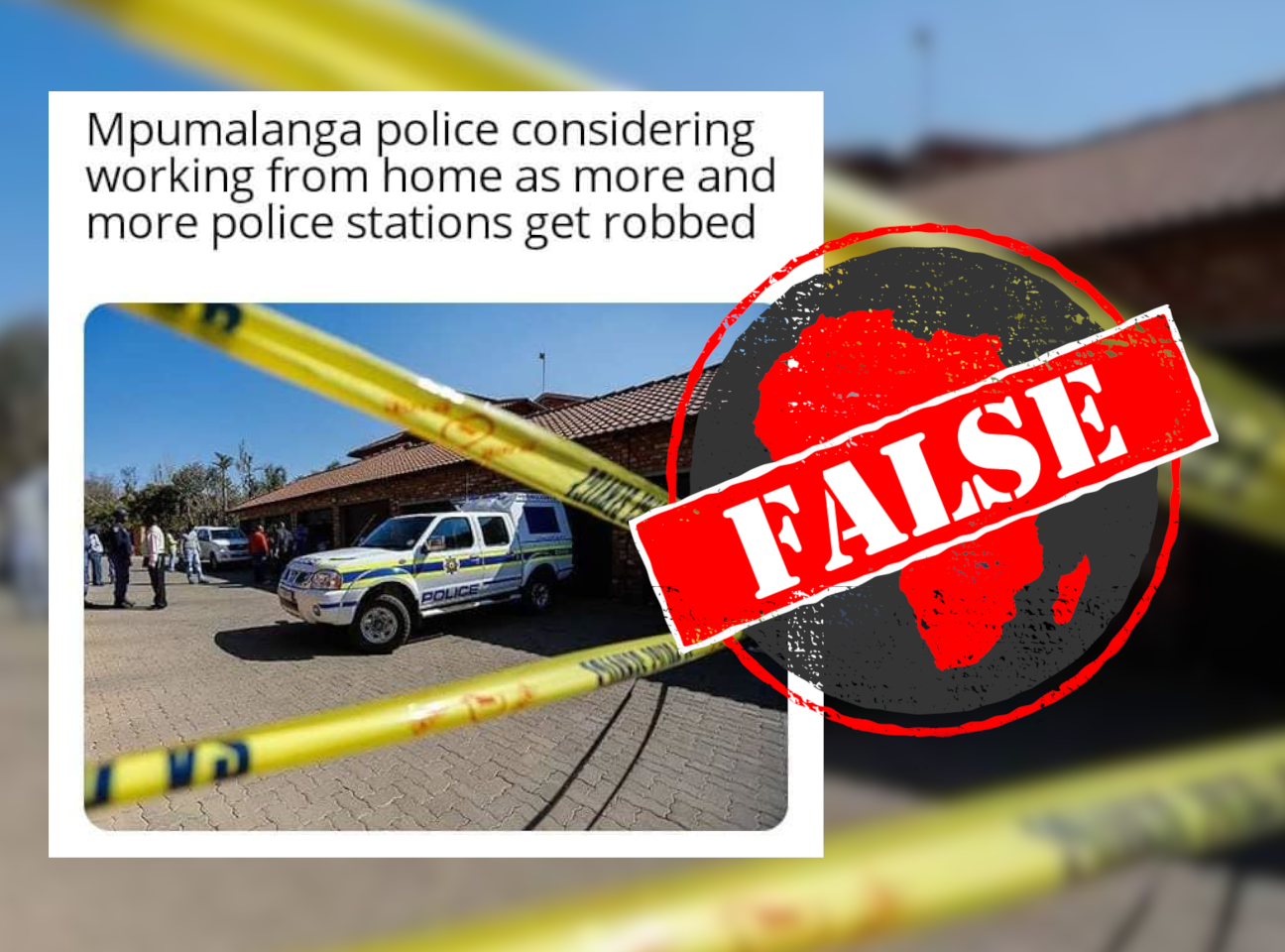 There have been robberies, but no remote work plans

In early September, News24 reported that gunmen had broken into a police station in Grootvlei, Mpumalanga, disarmed some of the officers and held them hostage. The men reportedly stole guns and ammunition before fleeing the scene.

The robbery was not the first of its kind this year. In June, a police station in the Mpumalanga town of Kwaggafontein was robbed in a similar incident, followed by another in neighbouring Limpopo province a month later.

The robberies occurred in a context where working conditions in the South African Police Service (SAPS) are reported to be less than ideal. Issues such as “dilapidated infrastructure, inadequate personnel and lack of resources” plague police stations across the country, according to Mosadiwamaje Mokokong of the Police and Prisons Civil Rights Union.

But there is no evidence that the police are thinking of turning to remote work. Africa Check could not find any credible reporting suggesting that any SAPS members in Mpumalanga – or any South African province – were considering working from home in light of the robberies.

Africa Check contacted brigadier Selvy Mohlala, provincial spokesperson for the SAPS in Mpumalanga. He confirmed that the claim was not true.

Tip: Social media posts containing misinformation are often made to look like news headlines. Credible sources will usually provide a link to the news article along with the headline, and post their material on their official social media accounts.