No, presidential candidate Obi didn’t get 500,000 Nigerians freed from death row in Singapore

One version includes three photos of people behind bars, as well as a photo of Obi. The Labour Party politician is running for president in Nigeria’s February 2023 elections.

Another version shows what seems to be a tweet by Yusuf Datti Baba-Ahmed, Obi’s running mate, which makes the same claim.

But did Obi really get Singapore to release 500,000 Nigerians on death row? 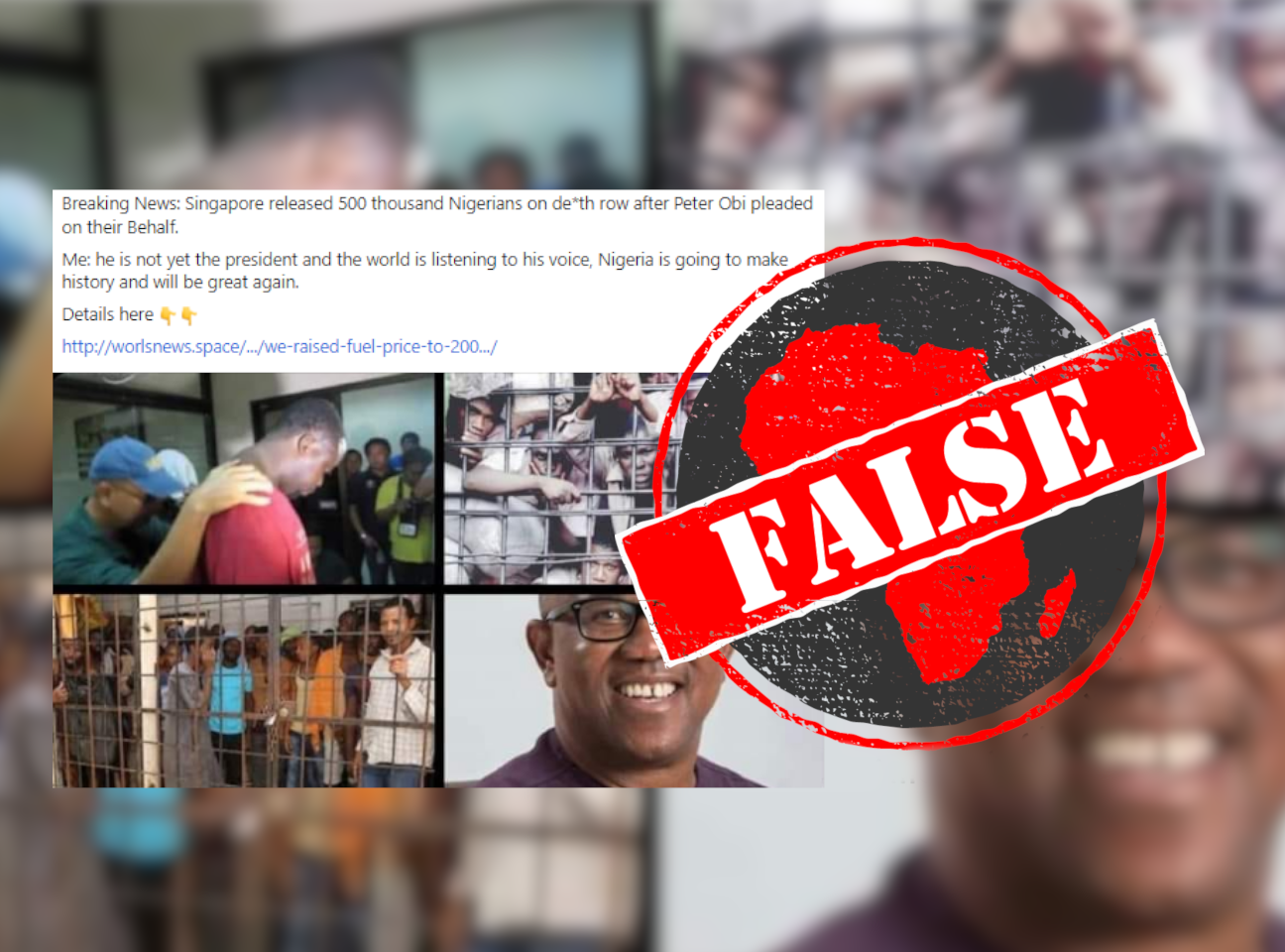 A reverse image reveals that one of the photos is from a makeshift detention centre for refugees in Libya. It appears in a 2015 article on Express, a UK-based news website.

A second image search shows that another of the photos is from a 2010 article about Rwandan prisons.

More than this, the claim hasn’t been reported by any credible media outlet.