No proven health benefits to drinking water from a copper cup

A graphic shared on Instagram in Nigeria claims that drinking water from a copper cup “helps” a range of ailments and illnesses, including anaemia and cancer.

Anaemia is a condition where the body doesn't produce enough red blood cells. There are many types of anaemia and symptoms can include feeling tired, pale skin, irregular heartbeat and chest pains.

Cancer is an even larger group of diseases that can affect almost any part of the body. When a person has cancer, abnormal cells in their body grow rapidly. It was the second leading cause of death in the world in 2018, according to the World Health Organization.

Copper is a metal used in industry and essential to the human diet as a trace element or micronutrient. But is drinking water from a copper cup a safe way of making sure you get enough of the mineral? 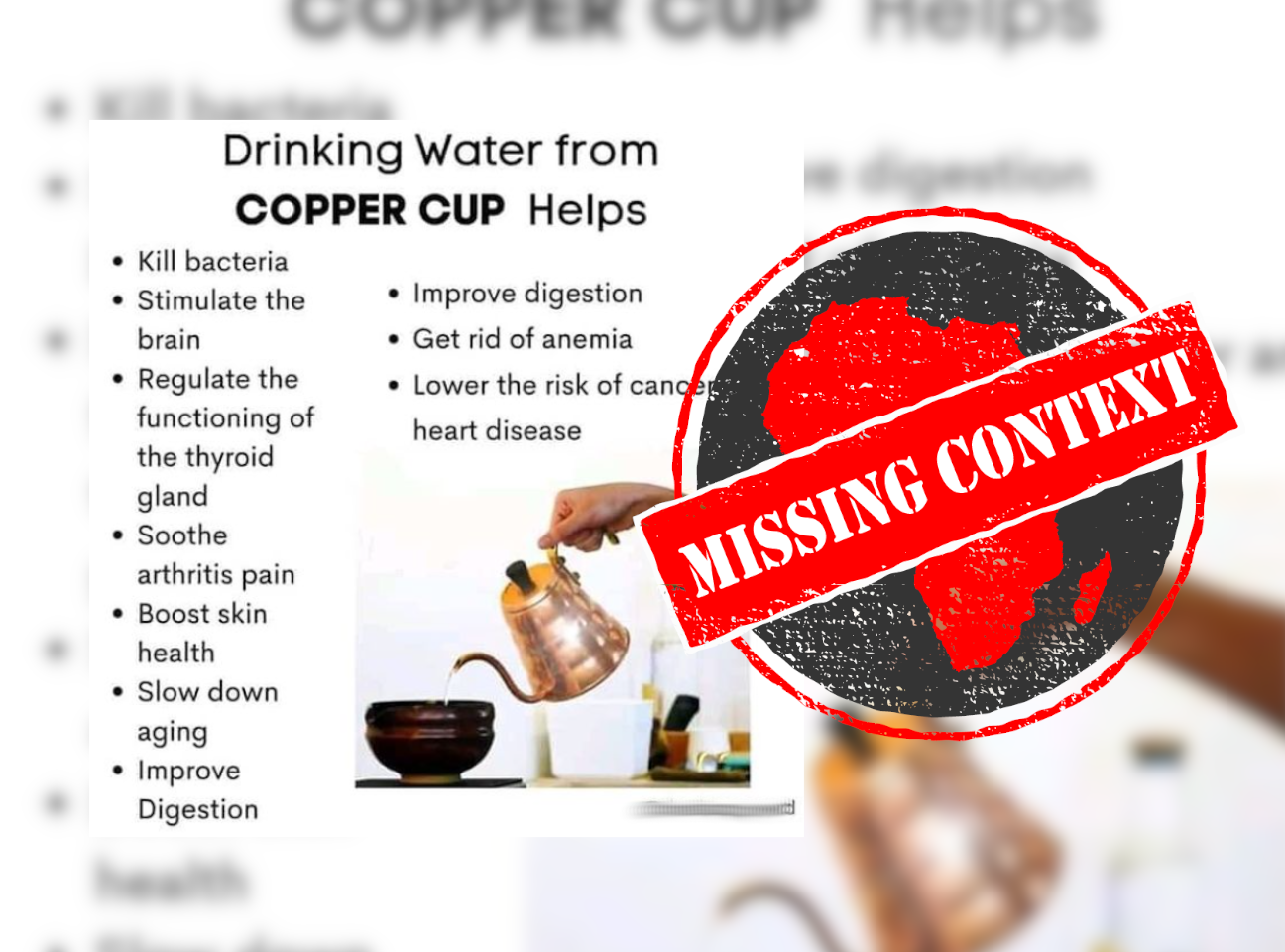 No cure for anaemia

Africa Check asked Prof Marius Coetzee, an expert in haematology and cell biology at the University of the Free State in South Africa, whether ingesting copper was a cure for anaemia.

“While our bodies need a small amount of copper, excessive copper can actually cause anaemia by breaking down our red cells,” said Coetzee. “Our bodies have an elaborate system for controlling the absorption and excretion of copper."

“There is probably no real health benefit or risk from drinking from a copper cup,” Prof Michael Herbst, head of health for the Cancer Association of South Africa, told us.

USA Today fact-checked a similar claim in 2020 and found that ingesting too much copper could be dangerous. Signs of this included “nausea, vomiting and diarrhea” and could cause kidney and liver damage or even death.

However the US news organisation concluded, like our South African experts, that while drinking water from a copper cup was unlikely to harm you, there was also no evidence it was a cure for the many ailments suggested on social media.