“I won’t and will never join Azimio Coalition, Uhuru and his Handshake partner should retire peacefully,” reads a quote attributed to Kenyan politician Martha Karua, circulating on Facebook in March 2022.

Kenya is set to hold general elections on 9 August 2022. Azimio la Umoja – “declaration of unity” in Kiswahili – is a coalition of political parties formed in the run-up to the elections.

“Uhuru” is to Kenyan president Uhuru Kenyatta. His “Handshake partner” is the opposition leader Raila Odinga, with whom Kenyatta formed the March 2018 “handshake deal”, agreeing to work together. The two head the Azimio la Umoja coalition.

The quote has also been posted on Twitter. It started circulating online after Karua skipped the coalition’s national delegates convention in Nairobi on 12 March.

But has she really said she will never join Azimio? We checked. 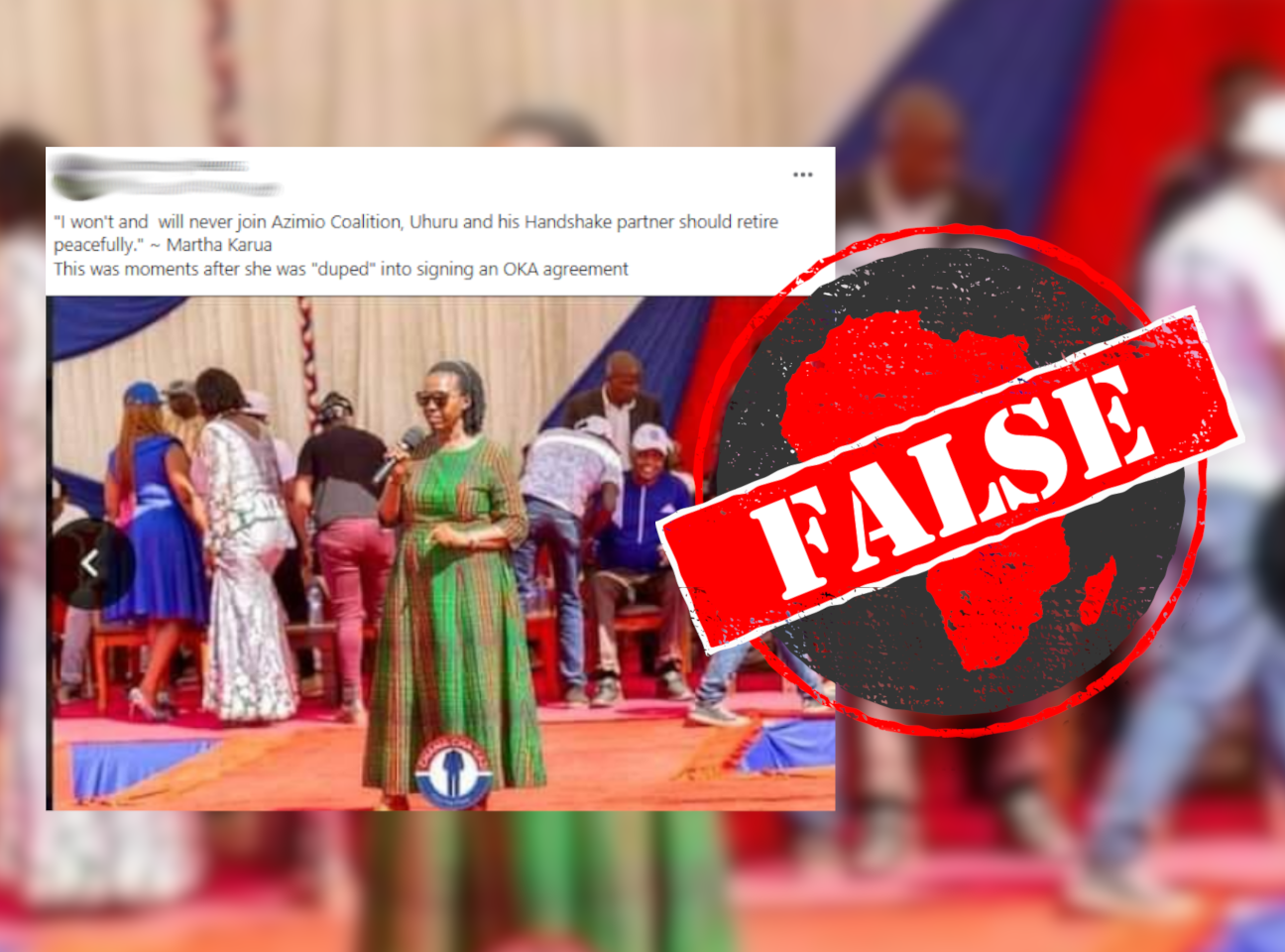 And on 23 March, she joined the Azimio la Umoja coalition, backed Odinga for the presidency, and said her Narc Kenya party would not field a presidential candidate in the elections.