A post circulating on Facebook in Nigeria claims that unknown gunmen operating in the east of the country are from Chad.

“Unknown gunmen operating the east are from Chad not IPOB,” reads the post which was shared on a public group that has more than 186,000 members.

The Indigenous People of Biafra, or Ipob, campaigns for the secession of southeastern Nigeria to create a country which would be called Biafra.

The 5 October 2021 post has been liked 1,300 times and sparked over 300 comments. The same claim has also been posted on other Facebook pages.

But did the senator say gunmen in Nigeria’s east are from Chad, not members of Ipob? 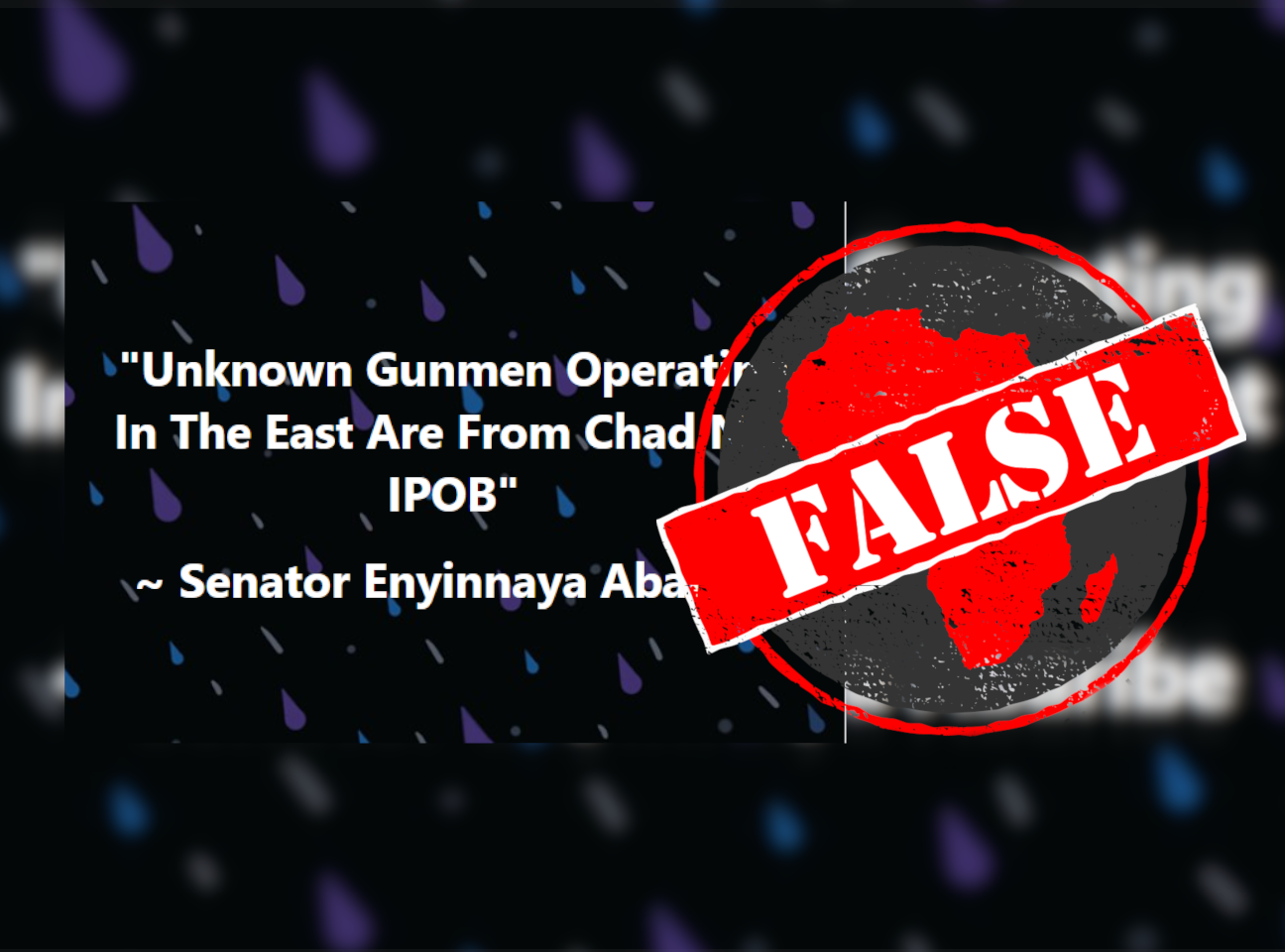 The Republic of Chad is a landlocked country that shares its southwestern border with Nigeria and Cameroon.

The five states in Nigeria’s southeast – Imo, Anambra, Enugu, Ebonyi and Abia – have seen several attacks from unidentified gunmen in 2021.

Religious leaders and politicians have appealed to the government to intervene and douse tension in the region.

The Facebook posts do not give any details of where and when Abaribe is meant to have made this statement. A lack of detail is often a clue that a claim spreading on social media is fabricated.

“It is not true. Any statement that is not signed by either me or the senator is fake,” Uchenna Awom, Abaribe’s spokesperson, told Africa Check.

There is no evidence for the quote attributed to Abaribe.