No, Rihanna didn’t say she was Igbo – but not Nigerian

“Why I Didn't Mention Nigeria But Igbo – Rihanna,” begins a message posted on Facebook in Nigeria.

It claims that the Barbadian musician and businesswoman – whose full name is Robyn Rihanna Fenty – has said she is Igbo, but not Nigerian.

The Igbo people, one of Nigeria’s major ethnic groups, have their roots in the southeastern part of the country. Also known as Ibo, they speak the Igbo language.

“In a new video the superstar said her mom told her that here was nothing like Nigeria because during her time, Nigeria was not in existence,” the message reads.

“She disclosed that many people went to her Facebook page to tell her that Igbo is in Nigeria. But the billionaire entertainer said that's their own definition and not hers. She said: ‘My mom and grandmother never knew Nigeria, that's why my words were centered only on Igbo which is where am from.’”

A number of websites have also reported that Rihanna “says she is originally an Igbo woman”.

But has the musician really claimed Igbo heritage? 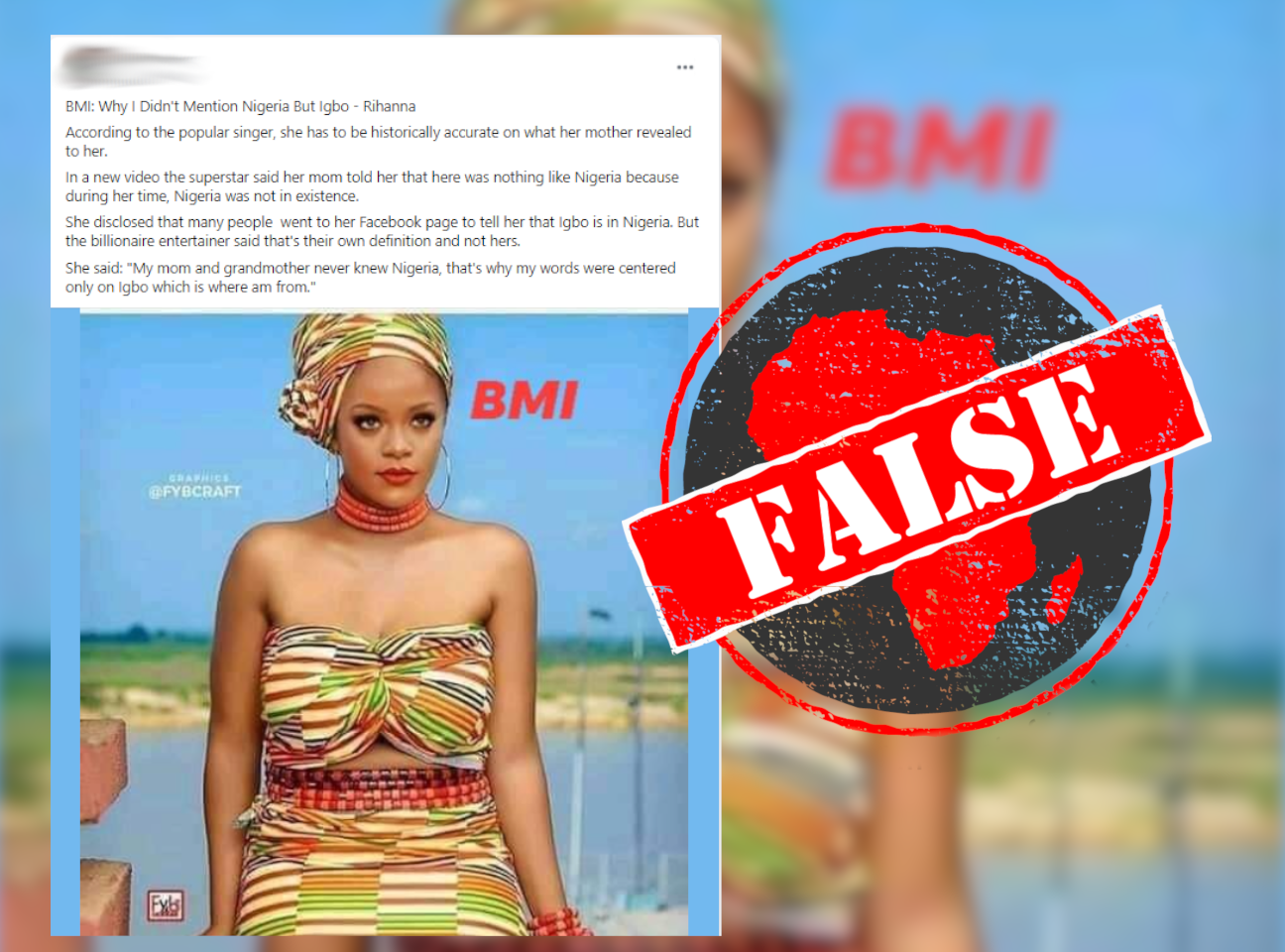 Rihanna was born in the Caribbean island of Barbados in 1988. Her mother, Monica Braithwaite, is from the small South American country of Guyana. Her father, Ronald Fenty, is Barbadian. The musician’s philanthropic initiative, the Clara Lionel Foundation, is named after her mother’s parents: Clara and Lionel Braithwaite.

Africa Check looked through the musician’s verified social media accounts – on Twitter, Facebook and Instagram – and found no evidence that she said she, her mother and grandmother were “from Igbo”.

A Google search returned no credible confirmation of the claim. But it did return several fact-checks by Nigerian news outlets concluding that it is false.

A fact-check by the Cable found that “mainstream media platforms such as The Nation and Daily Post, which also published the claim, have deleted the report as seen here and here”.