On 15 May 2022 Kenyan deputy president and presidential candidate William Ruto announced that he had picked businessman and Mathira constituency MP Rigathi Gachagua as his running mate for the 9 August elections.

Soon after, an old black and white photo started circulating on Facebook with the claim that it showed Gachagua as a child – and the son of Daniel arap Moi.

Moi was Kenya’s president from 1978 to 2002. At 24 years, it was the longest presidency in the country’s history. He is described as having ruled Kenya “with an iron fist”. Moi died in February 2020.

The photo shows Moi and his wife Lena Bomett Moi, surrounded by their seven children. The face of a small boy second from left is circled, with “Rigathi Gachagua” written beneath.

But is the photo evidence that Gachagua is Moi’s son? We checked. 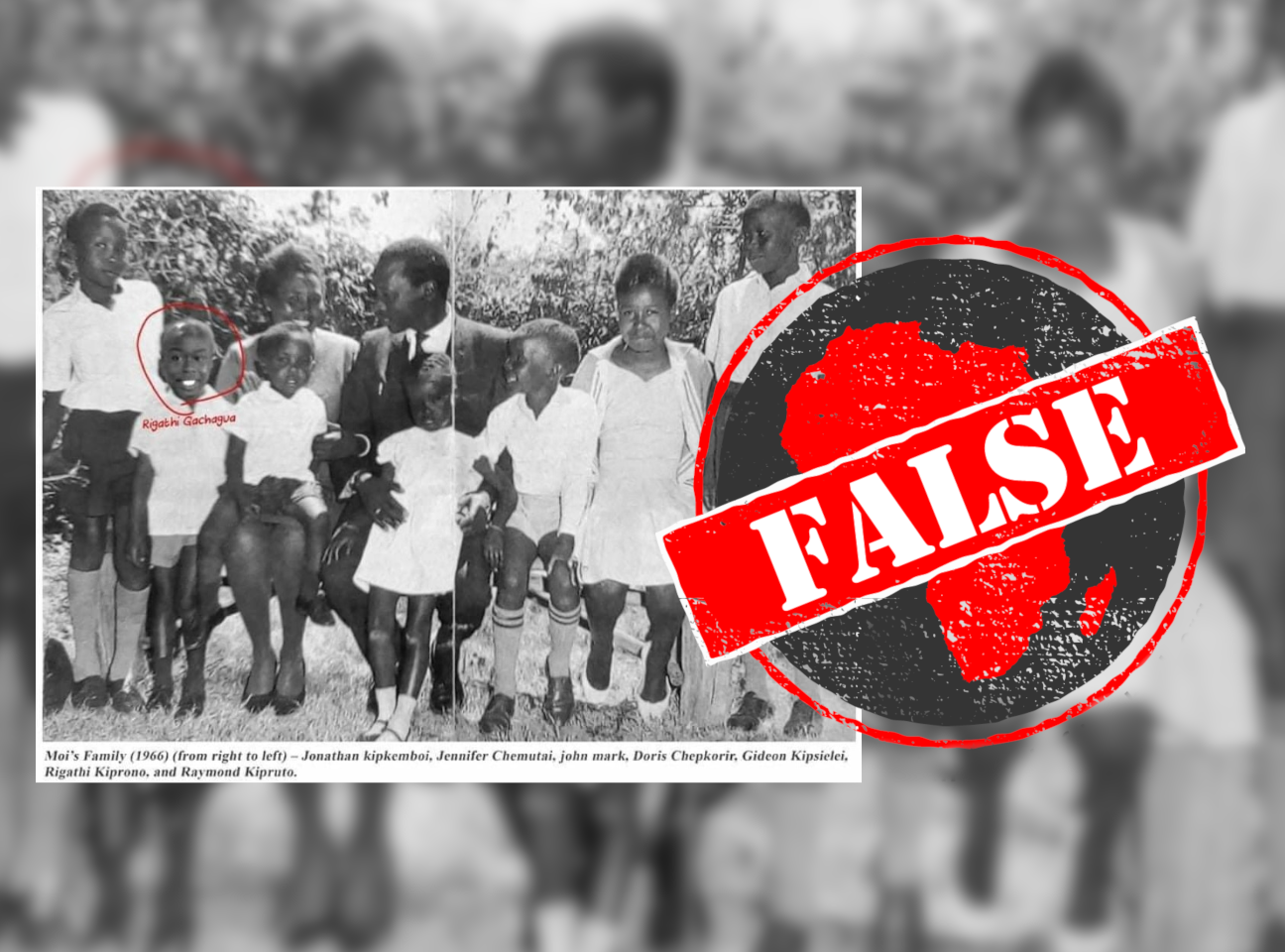 There’s no mention of Rigathi Gachagua. The boy whose face is circled looks nothing like Gachagua. And a reverse image search reveals that the photo on Facebook is, for some reason, a flipped version of the original.

Gachagua was born in central Kenya’s Nyeri county and is Kikuyu. Moi was Kalenjin and was born and lived in the western county of Baringo.