“Sheep faeces is now in high demand in China because of it's richness in protein.” It adds: “It's served in most cases with a combination of fruit juice, soya milk and other such extracts.”

Do the photos show drinks made with sheep poo, now popular in China? 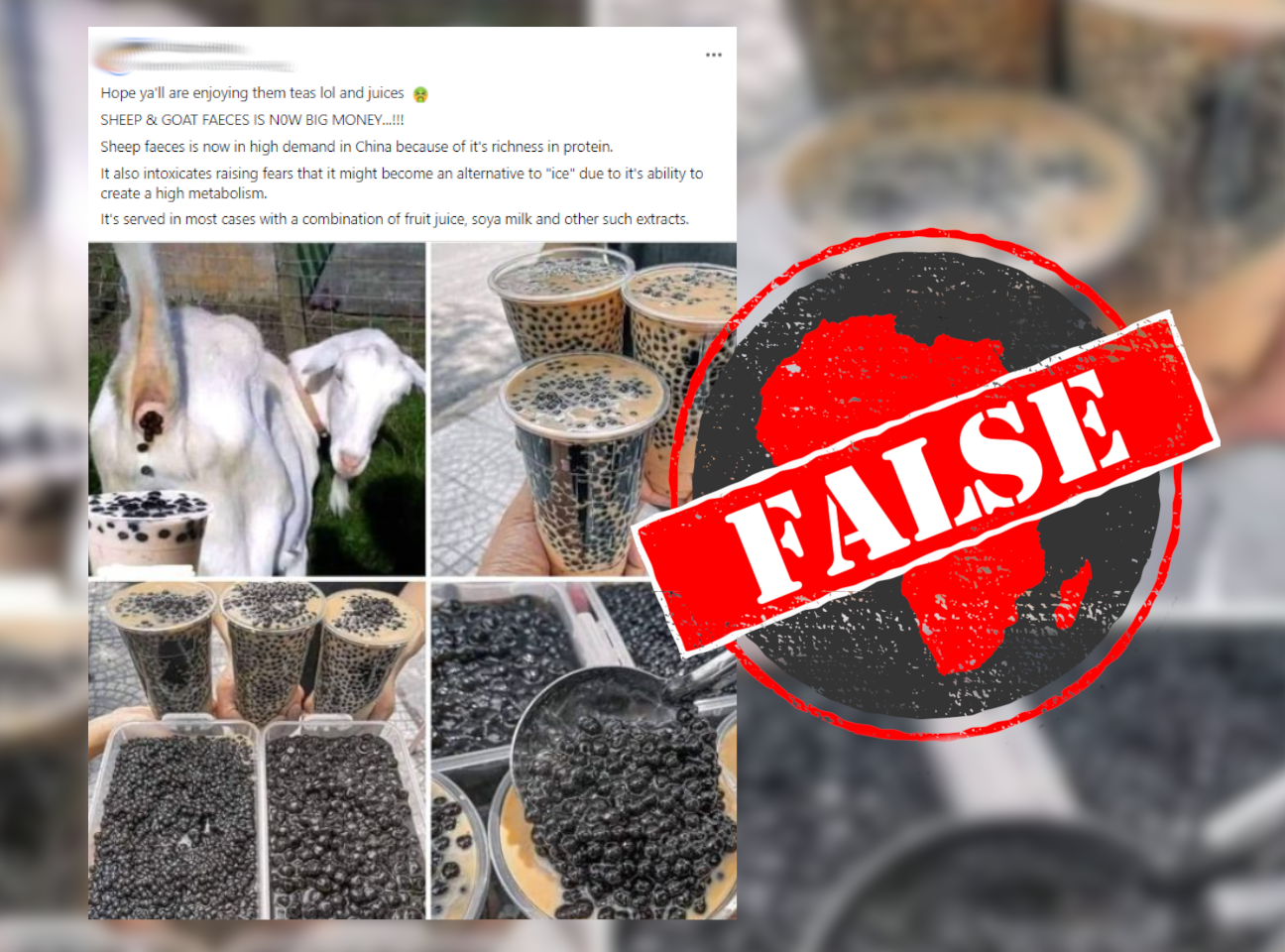 Photos of boba tea with too many tapioca pearls

A reverse image search reveals that three of the photos originally appeared on Chinese-language websites in August 2021. The fourth image of the goat appears to be photoshopped, with the photo of the drink superimposed onto the goat.

The China Post, a Taiwanese media outlet, reported that a social media user had uploaded the fourth photo onto Facebook. A machine translation reveals that the photo is of boba tea and went viral online because of the excessive number of pearls in the tea.

Boba tea is a popular drink created in Taiwan in the 1980s. The black balls are made from tapioca starch, which is boiled and steeped in caramelised sugar. The tapioca “pearls” are then added to milk and crushed ice.

The drink is known outside Taiwan as “bubble tea” and different varieties of it exist.

Ignore the viral message. Sheep faeces are not part of a popular drink in China. The photos show boba tea, and the black balls are tapioca, not sheep poo.