No, six southern oil-producing states in Nigeria did not get N6 trillion in six months

A Facebook post claims that six states in southern Nigeria shared N6 trillion of the country’s oil revenue in the first six months of 2021.

The June 2021 post, shared at least 135 times, says many Nigerians are unaware of this.

“6 southern states share N6TR 13% oil derivation from Jan till now (6Months). I am sure alot of us don't even know this,that wall of ignorance in Nigeria must Fall,” it reads.

According to section 162 of Nigeria’s constitution, 13% of the country’s revenue from any natural resource goes to the communities that produce them. This is compensation for losses caused by the environmental impact of resource exploration and production.

This fund, known as the 13% derivation fund, has been implemented mainly for oil and gas production. Eight southern states – Abia, Akwa Ibom, Bayelsa, Delta, Edo, Ondo, Imo and Rivers – are in the Niger Delta region, which get 13% of the country’s oil and gas revenue.

The management of the fund has been a subject of controversy for years. But did six southern states receive N6 trillion from the fund in the first six months of 2021? 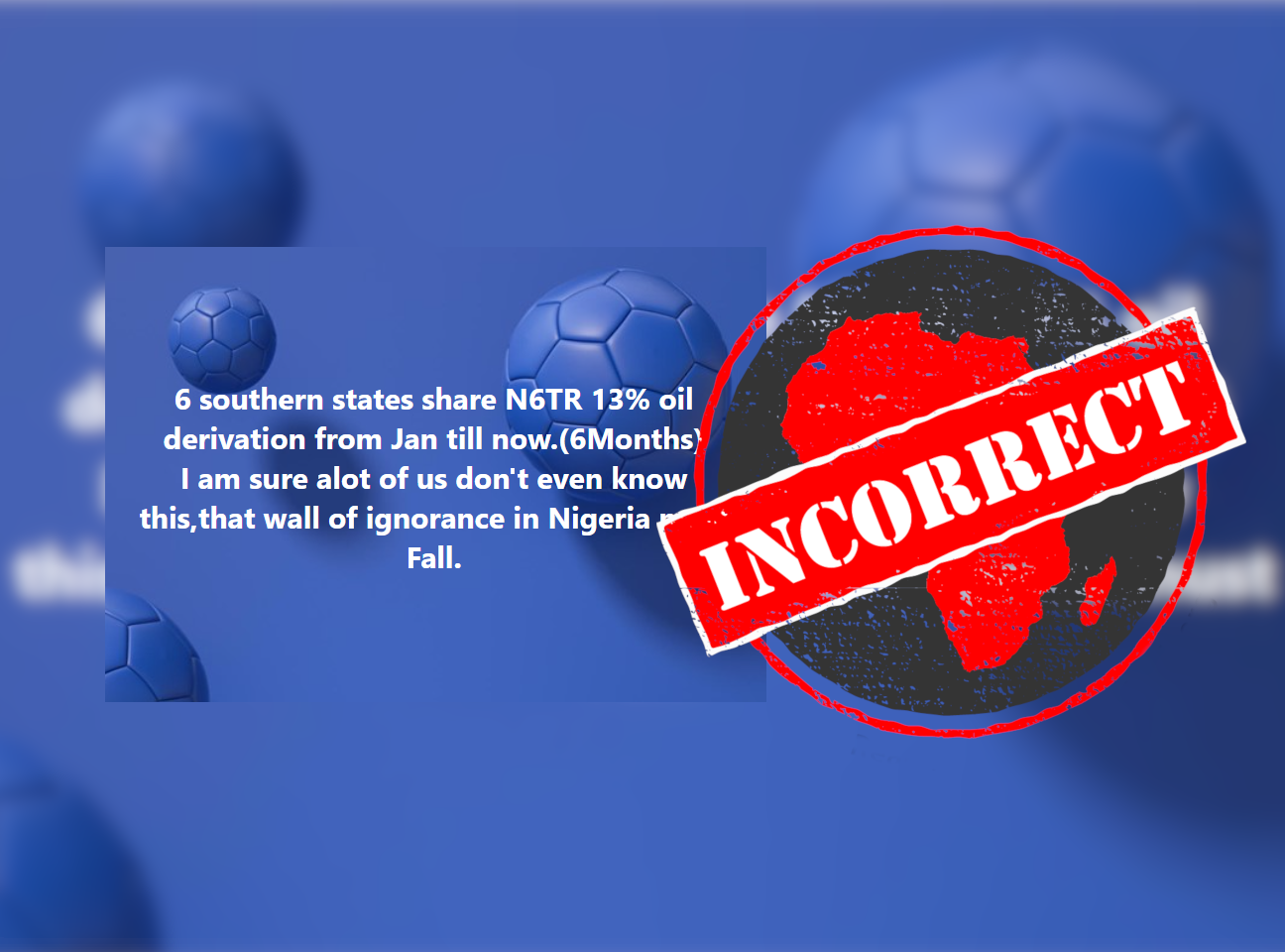 A Google search yielded media reports on Niger Delta states getting about N6.6 trillion from the 13% derivation fund in 11 years, from 2009 to 2019.

It was based on a report titled The Impact of 13% Derivative Funds in the Niger Delta Region, published by ACIOE Associates. The report finds that the fund has not really benefited the region.

In addition, available data from the Central Bank of Nigeria shows that six oil-producing states in the region could not have received N6 trillion of the 13% derivation fund in six months, simply because the country’s annual gross revenue from oil and gas was N5.5 trillion in 2019.