No, soccer player Mason Greenwood of Manchester United not ‘dropped of all charges’

IN SHORT: Manchester United player Mason Greenwood was arrested on suspicion of rape and assault in January 2022 and hasn’t played football for the club since. And despite rumours spread on social media, he has not yet “won the case” and he’s still not playing.

A screenshot shared on Facebook claims that Manchester United soccer player Mason Greenwood “will be dropped of all charges from court”.

Greenwood was arrested in January 2022 on suspicion of raping, assaulting and threatening to kill a woman. He is out on bail.

The screenshot appears to be from a Twitter account called UnitedNews with the handle @unitedlatesnews. It reads: “Mason Greenwood will be soon back training with the squad, he will be dropped of all charges from court. Him and his family won the case and he will return to football as soon as possible.”

Other Facebook posts doing the rounds in September 2022 say the same thing, with one claiming that “the charges against Mason Greenwood were dropped in court due to lack of evidence”.

But have the charges against Mason Greenwood been dropped? 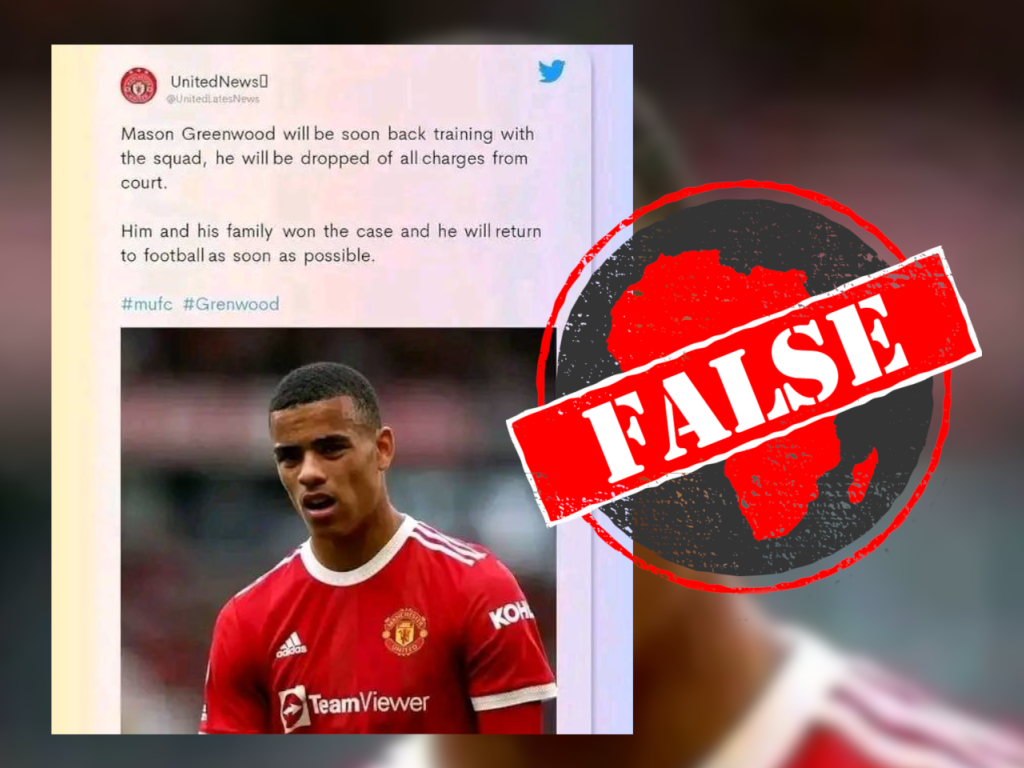 Bail extended, but no evidence of charges dropped

It was widely reported that Greenwood was released on bail in February following his arrest in January. His bail was extended in June but we found no credible reports that charges against Greenwood have been “dropped”. This would make international news headlines.

Further, he has not been charged with a crime yet.

The Manchester United football club squad does not feature Greenwood as part of their team in the 2022/23 English premier league season.

The club has removed all merchandise featuring Greenwood from their official online shop.

Greenwood’s Twitter verification has been removed since his arrest. He has also been dropped from players featured in EA Sports' FIFA 23, a FIFA-branded football simulation game.