A video posted on the Facebook page “Babafemi Ojudu” cuts together different footage of unrest, from uniformed men firing automatic weapons and beating people to roads littered with bricks, burning tyres and other debris.

“Happening in Uganda after the proclamation of the Presidential election results adjudged to have been won by the incumbent Yoweri Museveni, who's going to his 40th year of rule,” the caption reads.

Ojudu is a journalist and Nigerian president Muhammadu Buhari’s special adviser on political matters, but the page has not been verified by Facebook.

The video was posted on 17 January 2021, days after Uganda’s 14 January presidential election. Museveni beat his main rival, Robert Kyagulanyi – popularly known as Bobi Wine – to secure a sixth term in office. The video was posted on YouTube on the same day, with the title: “After Election in Uganda see what is happening now.”

Aljazeera reports that the run-up to the election saw the worst political violence in years, with more than 50 people killed by security forces amid violent crackdowns.

But does the video really show unrest in Uganda after the 2021 election? 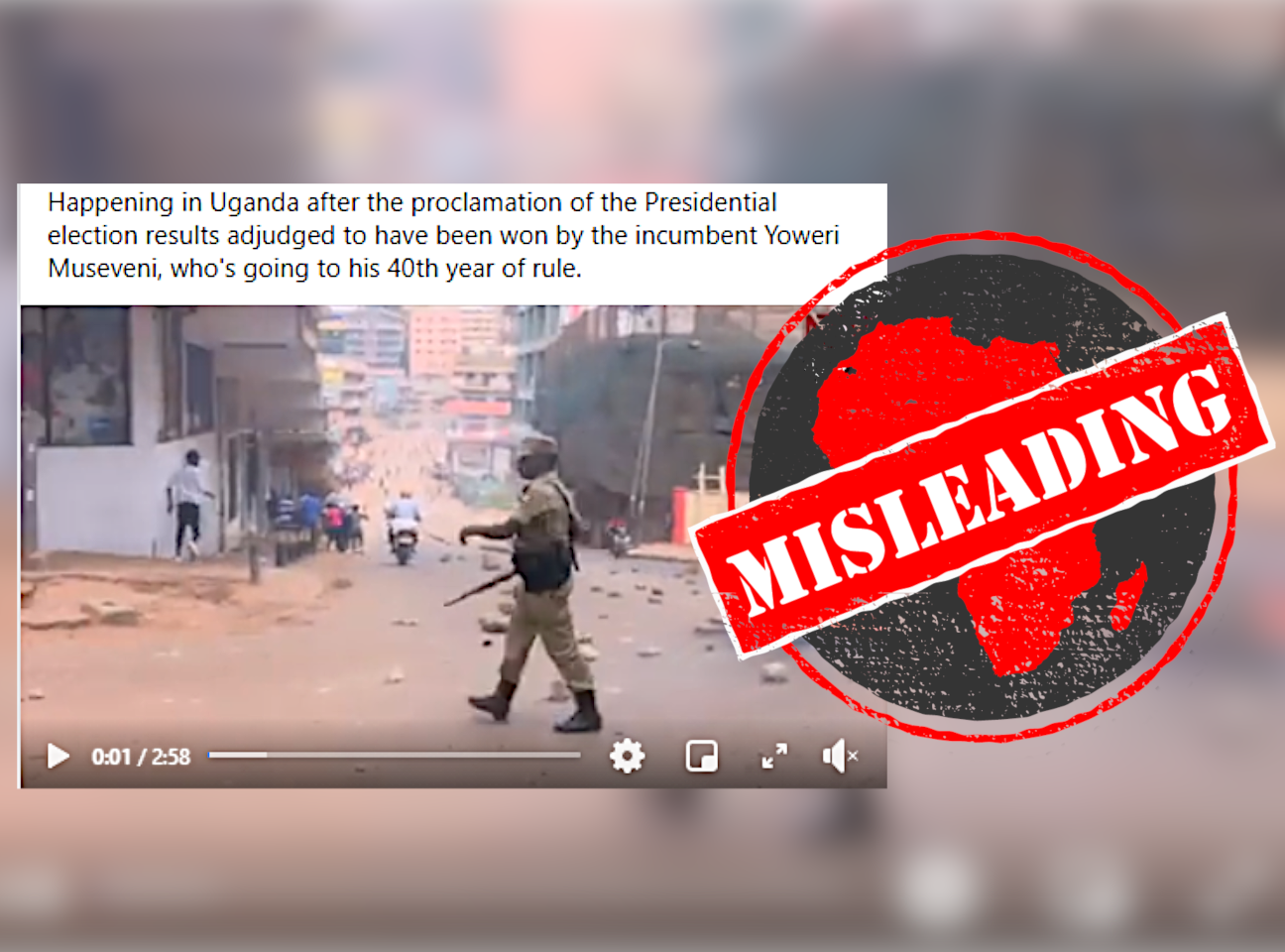 Old video of unrest in Uganda

Africa Check extracted frames from the video using the InVID WeVerify tool and ran them through Google’s reverse image search. This revealed that parts of the video have been online for more than two years.

A frame from the video appears on the Facebook page “Hon. Robert Kyagulanyi Ssentamu for President 2021”, dated 22 August 2018 and captioned “YOU CAN FORGIVE BUT NEVER FORGET...”

And its opening two seconds was posted on Twitter, also on 22 August 2018.

This is how @PoliceUg officers shoot people and then claim it was a stray bullet. From this video, It is clear that he wasn't shooting in the air, he was shooting at the people...

Scenes from the video were certainly filmed in Uganda, and there was violence associated with the 2021 polls. But at least some of the footage is more than two years old.