IN SHORT: A scandal over stolen money at the private farm of South African president Cyril Ramaphosa has raised the spectre of his resignation. But he has not left office, as a social media post claims.

On 4 December 2022 a Facebook user posted: “Cyril Ramaphosa resigns as president of Republic Of South Africa.” The post rapidly attracted reactions and comments.

Ramaphosa is battling the fallout from a theft on his private game farm in 2020.

South Africa’s parliament tasked an independent panel of legal experts to look into reports that the president tried to cover up the theft of hundreds of thousands – and possibly more – of US dollars.

In bombshell findings released on 30 November 2022, the panel concluded that the president might have broken the law and abused his position.

Ramaphosa’s political rivals and the opposition have called for his resignation, while his allies and supporters have advised him to fight the allegations.

In the days immediately following the release of the panel’s findings, the media also reported that Ramaphosa was strongly considering resigning. But has he done so, as claimed by the social media post? 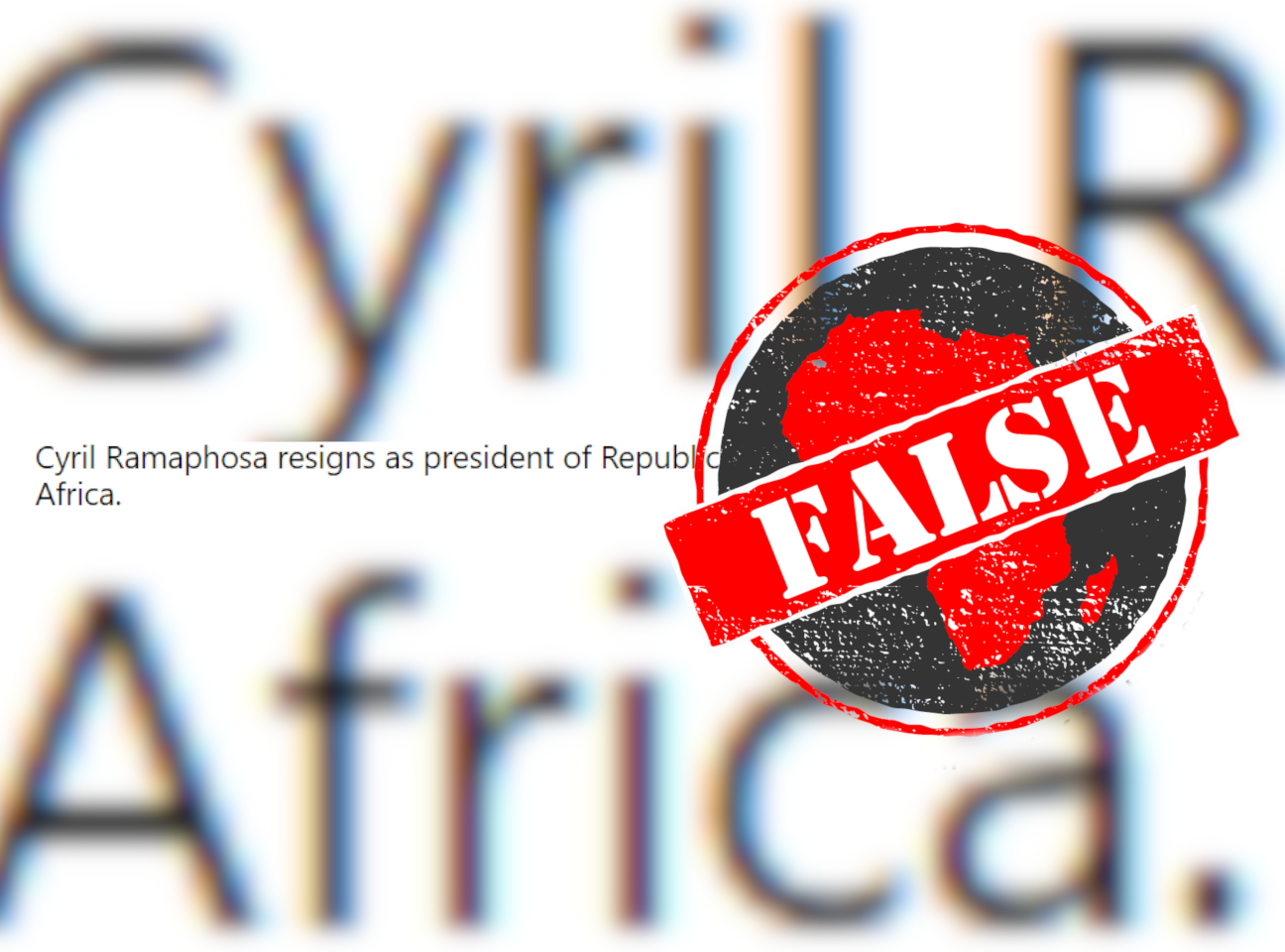 Ramaphosa has not resigned

We checked credible news sources on claims of his resignation and found this article by Reuters which reported that on 3 December the president’s spokesperson confirmed that the president hadn’t resigned.

"President Ramaphosa is not resigning based on a flawed report, neither is he stepping aside," said spokesperson Vincent Magwenya.

On 4 December it was reported by local media that the president would be challenging the report in court.

The governing African National Congress, which Ramaphosa leads, is at time of writing also discussing the report and will reportedly signal the way forward for the president.

South Africa’s parliament sits on 6 December and will consider the matter and decide whether to impeach Ramaphosa. But as of 5 December, he has not resigned.