On 20 October 2021 a heartbreaking rumour spread across social media in a matter of hours.

“The World Would Surely Miss U #RIP Archbishop Desmond Tutu #90yrs,” the post read, alongside a photo of Tutu in his familiar purple robes.

Articles on news sites, like Nigeria’s Naija News, made the same claim, saying Tutu’s death had been confirmed by the Anglican bishop of Johannesburg, Stephen Moreo, on Twitter.

Tutu is known for his opposition to apartheid in South Africa. He received the Nobel peace prize in 1984.

But are these claims that “the Arch”, as South Africans affectionately call Tutu, died on 20 October true? We investigated. 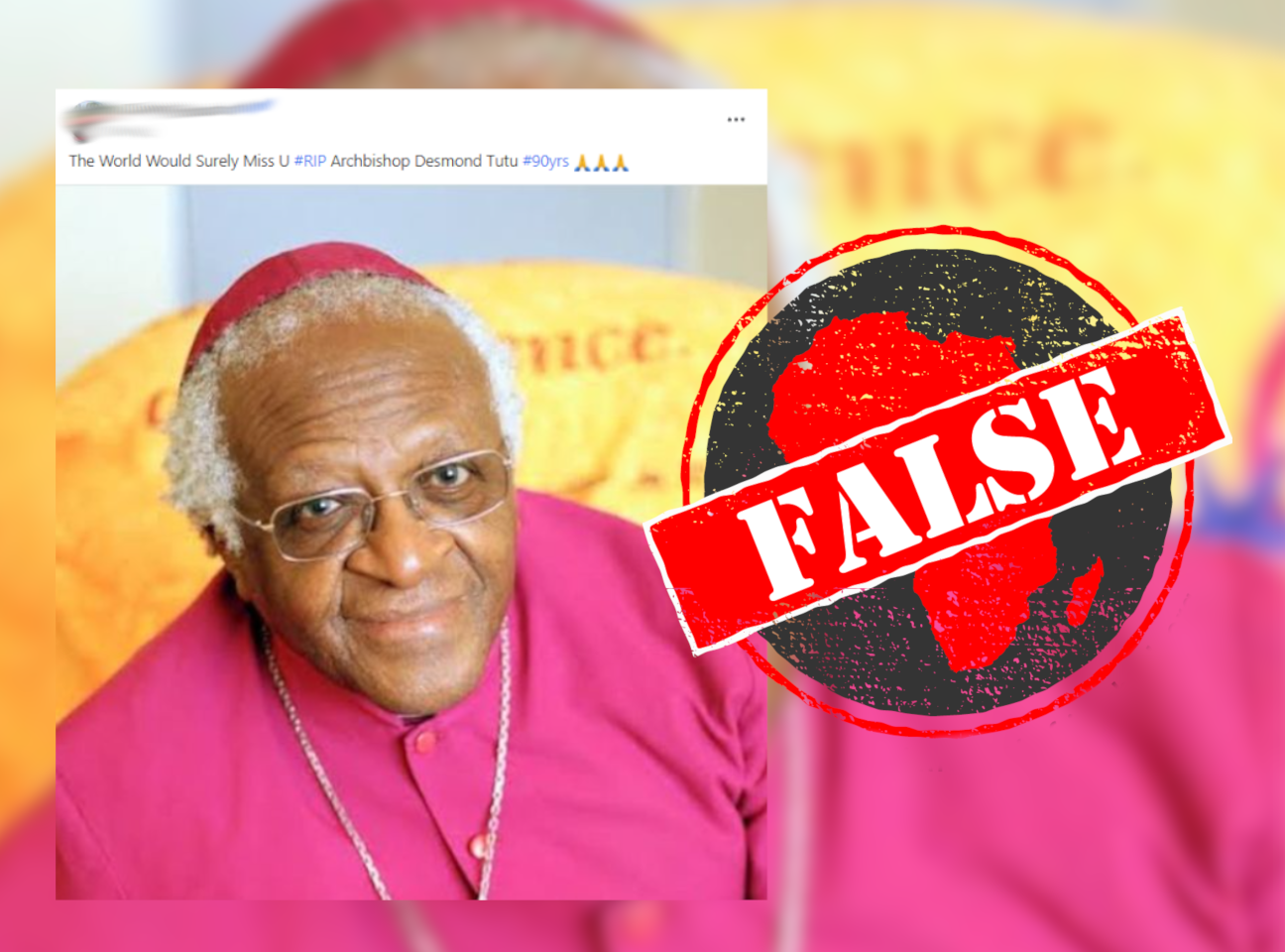 Church ‘decries the falsehood being spread on social media’

But following the link leads to a message that says “this account no longer exists”. According to an article debunking the claim by South African news site Times Live, another tweet was posted on the account before it was deleted that said “this account is a hoax created by Italian journalist Tommasso Debenedetti”.

The Anglican Diocese of Johannesburg also quickly dismissed the rumours of the archbishop’s death: “Social media reports circulating worldwide that quote the Anglican Bishop of Johannesburg, the Rt Revd Dr Steve Moreo, as having said Archbishop Emeritus Desmond Tutu had died, are false and malicious. “

They lamented “the falsehood being spread on social media” and warned people against “fake media reports”.

Several other media outlets also debunked the claim. At the time of writing Tutu is alive, having celebrated his 90th birthday on 7 October.