“There are 11 million immigrants in SA, 6 million are the white people living in our country, the rest are Indians, Khoisan, and Afrikaans speaking coloureds. They need to apply for citizenship ASAP or return to their own countries’, Says Minister of Home Affairs.”

This is the badly written headline of what seems to be a news article, displayed on a computer screen and then photographed. The photo was posted on Facebook in South Africa on 26 May 2021. It has been viewed more than 300,000 times in just a few days, and shared by roughly 4,500 Facebook accounts.

Below the headline is a photo of Malusi Gigaba, South Africa’s minister of home affairs from February 2018 until his resignation in November of that year.

Above it is what exposes the quote as not only disinformation, but what some fact-checkers might call a “zombie claim”. The article is attributed to “News Updates South Africa”, given in smaller text as “News Updates SA”. 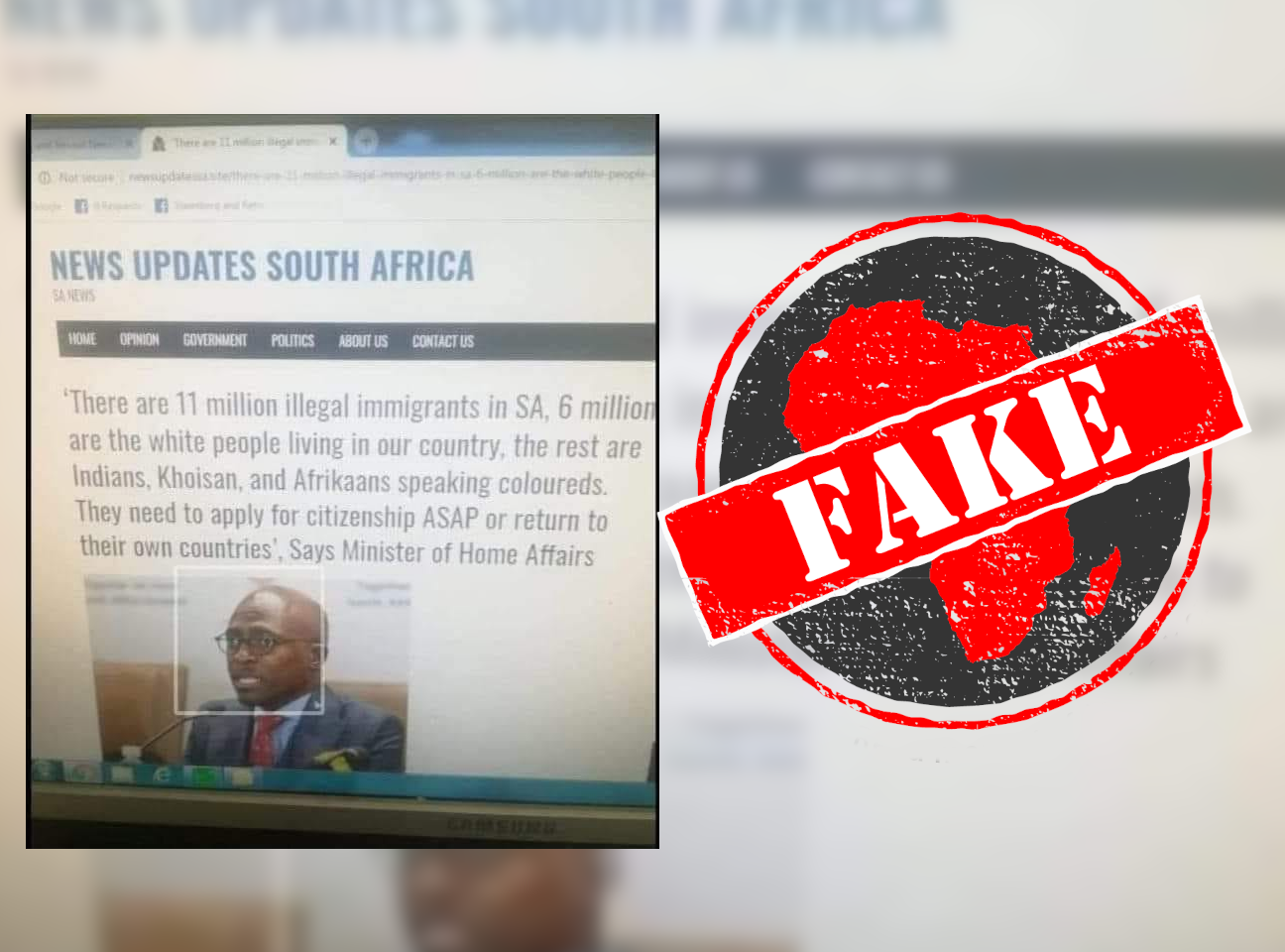 This fake news site – with the URL newsupdatessa.site – has been dead for years, at least since it was exposed by a News24 investigation in 2018. But screenshots of its sensational false clickbait headlines live on, continuing to circulate on social media – and be debunked by fact-checkers.

“A controversial South African fake news site that has gained significant traction over recent months has been traced back to a man from Mpumalanga who previously ran afoul of the law because of fake news,” News24 wrote in their lengthy October 2018 investigative report.

The report describes the site’s headlines as including “statements by politicians that are ludicrously absurd”.

Africa Check has previously debunked News Updates SA headlines that claimed a top police officer wanted police stations to close early to keep them safe from criminals, and that a deputy transport minister had said “turning the engine off while driving” would save fuel.

If Gigaba had made such a statement, it would have been widely reported by credible media. It hasn’t. The quote is fake.