It says grocery retailer Spar has arranged for the army to protect its stores and that the South African Police Service (SAPS) has asked for help from the public in stopping widespread protests.

The voice note says: “The police have put a thing out to say armed civilians please come and assist all areas and ja, shoot to kill basically.”

The message was shared as a screen recording of a WhatsApp group, where it appears to have been forwarded many times. The recording on Twitter, posted on 12 July 2021, has been viewed more than 138,800 times and retweeted over 1,600 times.

Protests erupted in South Africa after former president Jacob Zuma went to jail on 7 July, to serve a 15-month prison sentence for contempt of court. Protesters have blocked roads and engaged in wide-scale looting of stores in KwaZulu-Natal and Gauteng provinces.

But is this voice note warning of extreme measures by Spar and SAPS legit? We checked. 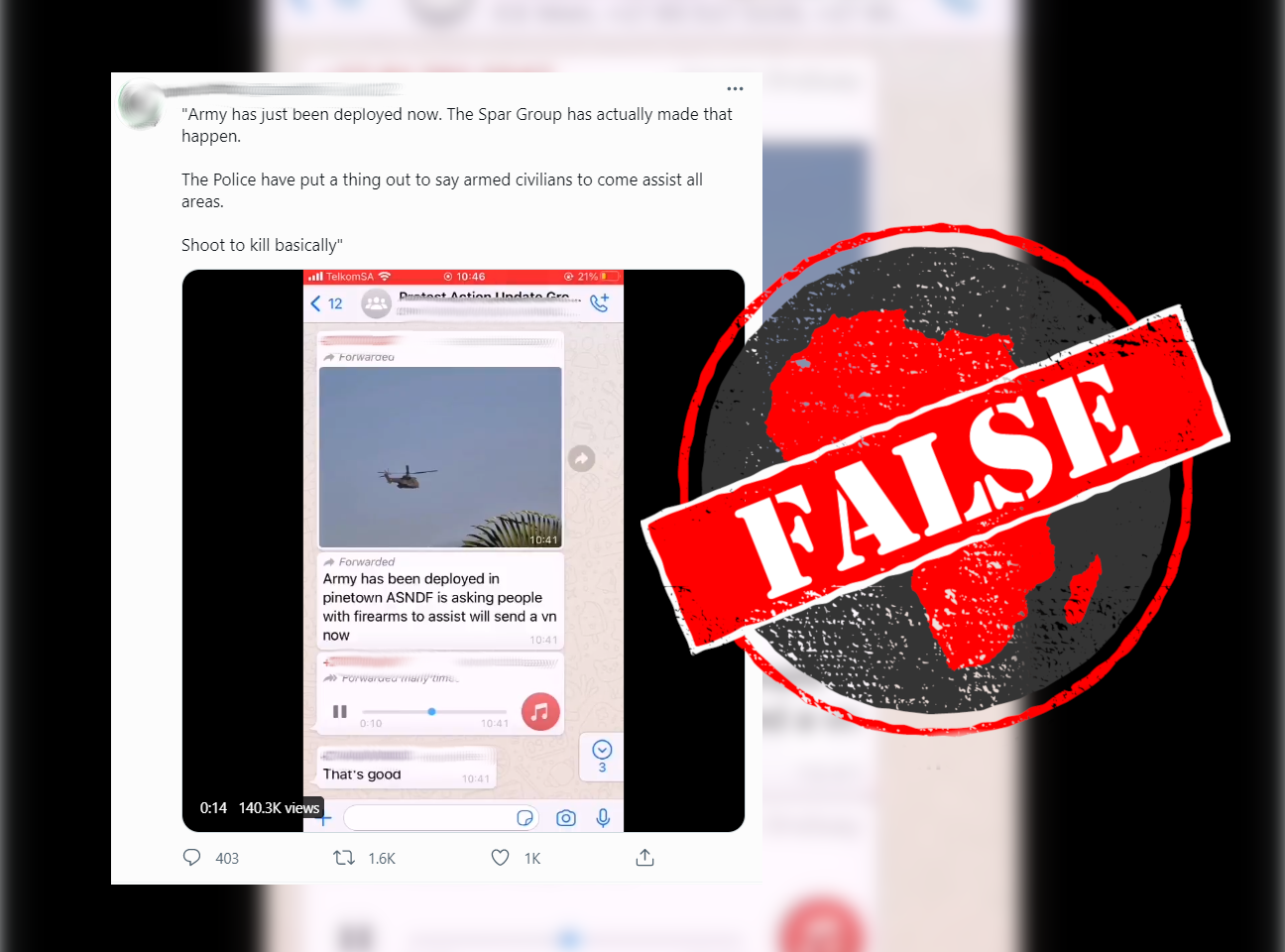 The person speaking in the voice note does not say who they are or where they are from. This is a good indication the information may not be accurate.

Africa Check contacted the National Joint Operational and Intelligence Structure, which includes all departments within the justice, crime and prevention cluster, including SAPS.  Spokesperson Brenda Muridili said: “The police never issued a statement requesting communities with firearms to assist.”

“The police only urge law-abiding citizens to report incidents to their nearest police stations or to send tip offs on MySAPS if they know of any plans to disrupt stability in the country.”

MySAPS is a mobile application where members of the public can submit information to the police anonymously.

At a briefing on 13 July police minister Bheki Cele urged civilians “not to take the law into their own hands”.

Only president can deploy army

Africa Check also contacted the Spar Group for comment but had not received one at the time of publication.

The South African National Defense Force was deployed in areas affected by the protests on 12 June by the presidency. This was confirmed in a national address by president Cyril Ramaphosa that evening.

According to the South African constitution, only the president may authorise the deployment of the defense force. A retail group is not able to call on the army to protect it.