“School will be closing tomorrow until 28 June,” reads text on what seems to be a screenshot of an SABC News TV broadcast circulating on Facebook in late May 2021.

The SABC is the country’s national broadcaster. On the screen is Angie Motshekga, South Africa’s minister of basic education, talking into a microphone. The image has been shared more than 220 times.

South African schools were closed for extended periods of 2020 due to the Covid-19 pandemic. The start of the 2021 school year was also delayed, until 15 February.

But are schools facing closure again? We checked. 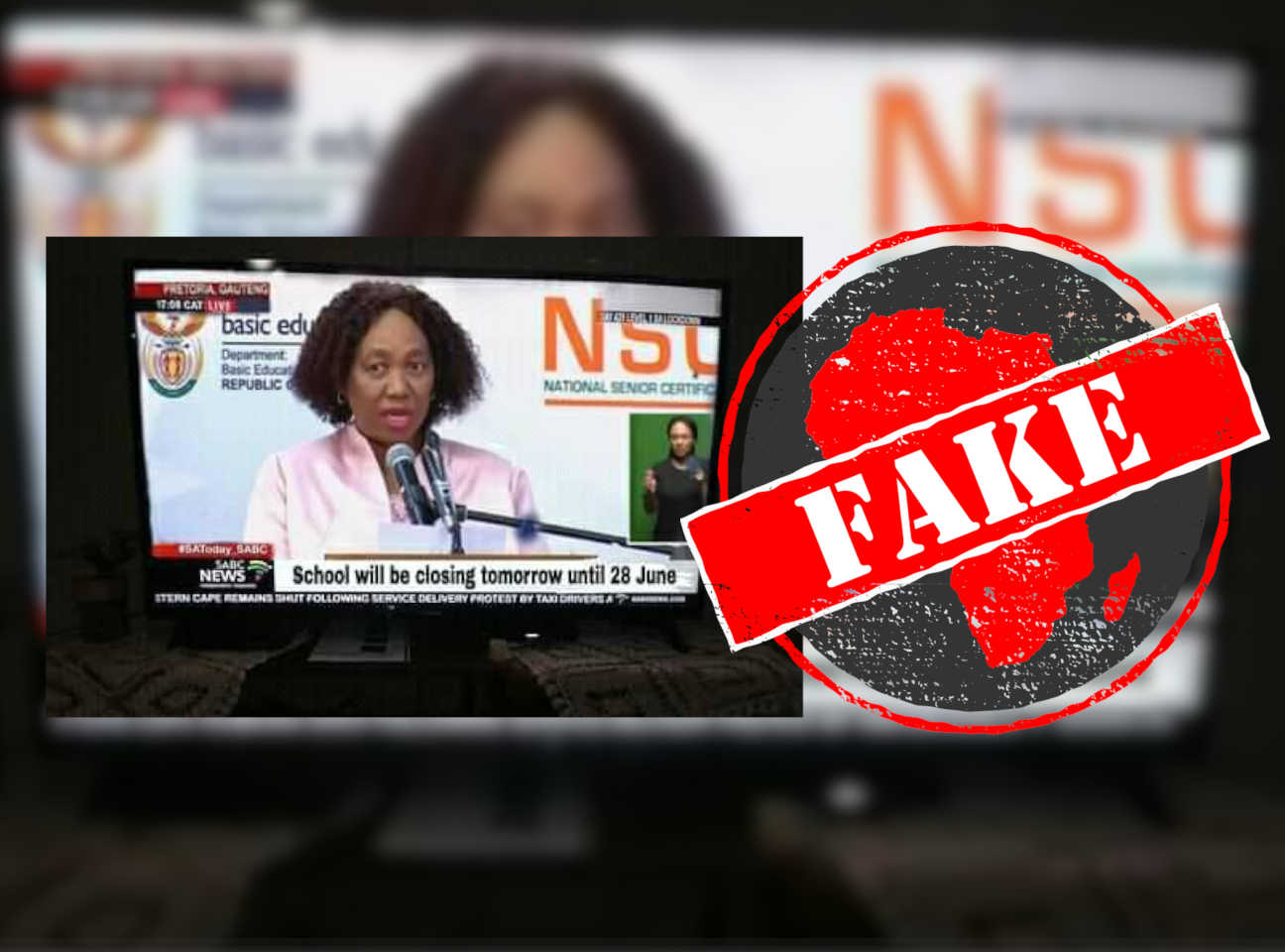 A close inspection of the image shows signs of tampering on the right side of the caption, where white messily overlays grey. The word “school” rather than “schools” also raises red flags. This was pointed out by a Facebook user who commented: “The editor forgot to put S in school.”

A Google reverse image search reveals that the image actually shows Motshekga announcing the 2020 matric results on 22 February 2021, in Pretoria.

An SABC News video posted on YouTube shows she is wearing the same pink outfit. The banner behind her also matches the image posted on Facebook.

The original news strap, before it was crudely edited, reads: “2020 MATRIC RESULTS ANNOUNCEMENT”.

On 25 May, the basic education department issued a statement dismissing the “manipulated image” as “false”.

“This type of malicious content is created with the express intent to cause confusion and mislead the public,” the statement reads. “We condemn such actions in the strongest possible terms.”

The department urged the public to “be vigilant and verify sources of information they read before sharing it on social media”. It said “credible media platforms” would be used to communicate any developments to the public.

Kenya’s president reported on the state of the nation, nearly one and a half years since the last such address. We fact-checked his claims.